By Contributor December 2, 2010 in Armenia, Diaspora 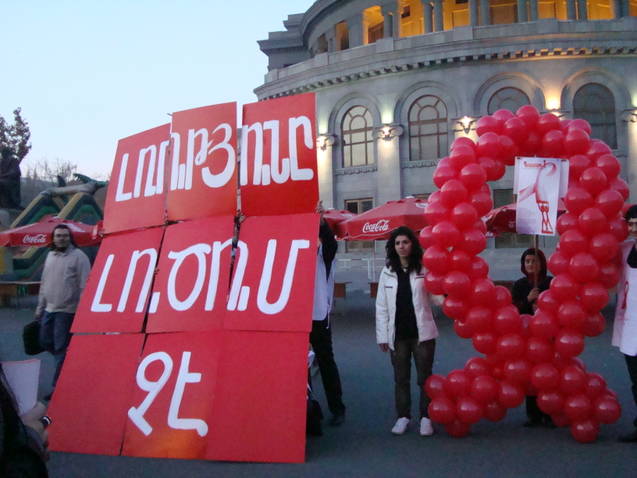 While at least 56 countries have either stabilized or decreased rates of new HIV infections, rates in Armenia have increased over the last decade by 25 percent, according to a new report by the Joint United Nations Programme on HIV/AIDS (UNAIDS).

With the marginalization and discrimination of people living with HIV and AIDS from society as well as those in the medical profession, many choose to keep silent about their disease out of fear. Lack of awareness, education and stigma lead to an increase in cases.

Tolerance in Armenian society still needs progress, according to the “We For Civil Society NGO.”

“With the increase of HIV infected people, there is an increase in the violation of their rights and freedoms and a tendency of isolation from the society,” WFCS wrote in a publication posted on their website.

While Armenia amended its “Law on Preventing the Disease Caused by the Human Immunodeficiency Virus” in April 2009, which “strengthens protection against stigma and discrimination, and provides for measures aimed at health education and HIV awareness” according to a publication by the Canadian HIV/AIDS Legal Network, it also still remains one of a small number of countries that prohibits the entry, stay and residence of foreigners with HIV.

Public funding on education, testing and prevalence of the disease is minuscule, according to the UN Country Fact sheet for Armenia, while international funding is in the hundreds of thousands. 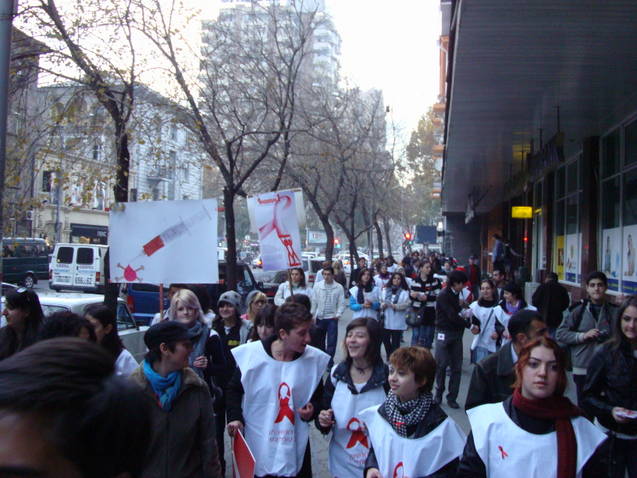 Marchers in Armenia donned the red ribbon, the symbol for the fight against AIDS/Courtesy PINK Armenia 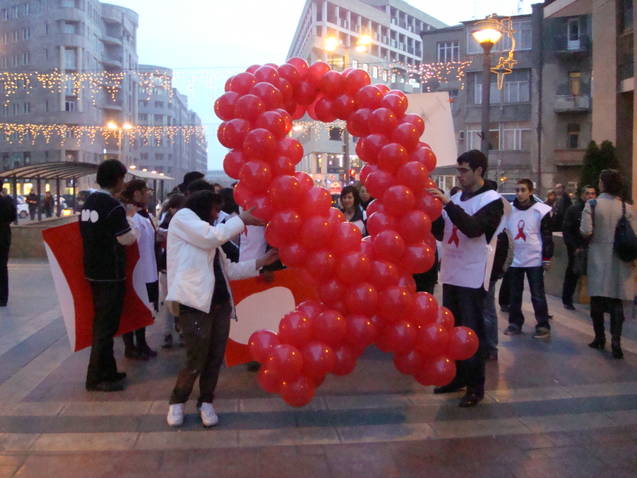 With obstacles preventing the decrease in infections, there has been progress outside of the amendment of the law – much of it can be directly credited to non-governmental organizations like the Public Information and Need of Knowledge (PINK), Women’s Resource Center and Real World Real People who along with several other groups, organized an event on World AIDS Day called “Silence Is Not a Solution.”
The groups marched with a big red ribbon made of balloons and  printed booklets with stories about people living with HIV that were infected due to lack of knowledge as well those who experienced discrimination that prevented them from received adequate medical care, according to Mamikon Hovsepyan, head of PINK.

The theme of the event was culturally significant.

“We Armenians don’t talk about HIV, human rights violations and discrimination, we don’t see what is going on,” he said. “We think if we keep silent, time will go on and everything will be ok. But in fact, we need to speak, inform and be informed because silence is not a solution.”

After arriving in front of the building housing many of the country’s Ministries, the group set up special mirrors that carried the message “Open and see who can be affected by AIDS.”

“Usually people say: ‘Oh AIDS is not our problem, let drug users, bad women or gays think of it,'” Hovsepyan said. “We wanted to show that there are no risky people, but there is risky behavior that any of us can have.” 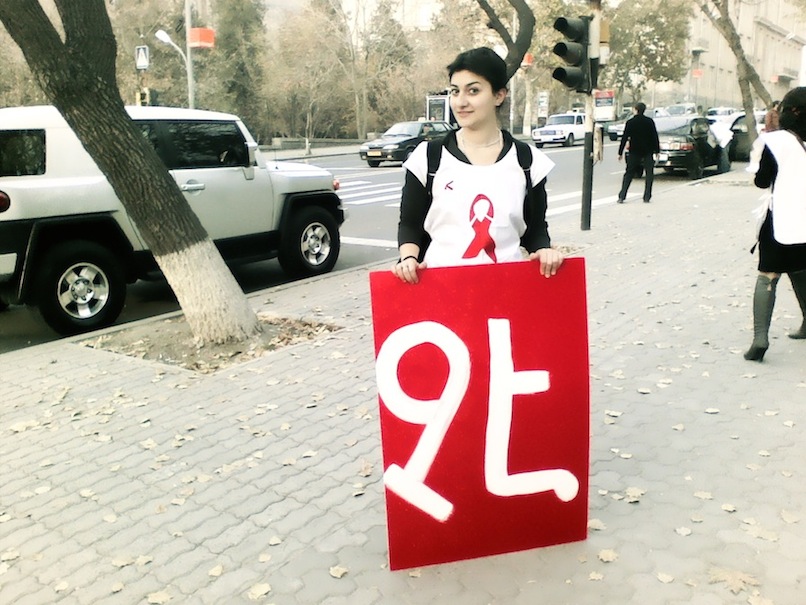 The Armenian Diaspora, numbering in the millions, can also be a vehicle for progress to reverse the trend of increasing HIV infections , according to Jirair Ratevosian, the deputy director of policy at amFar, The Foundation for Aids Research.

Ratevosian, who is currently at a conference in Kiev, Ukraine with HIV and LGBT rights leaders and government officials from 15 countries, including Armenia to discuss the elevated risk of contracting HIV from men who have sex with men (MSM) and transgender people, wrote a letter to the diaspora on Facebook.

” In our motherland, the epidemic is concentrated primarily among people who inject drugs, sex workers, gay men and other men who have sex with men,” he said. “It is no coincidence the epidemic is spreading in populations that are socially marginalized and politically irrelevant. Stigma, discrimination and violence against LGBT Armenian and other vulnerable groups fuel the spread of HIV and AIDS.”

“We have a responsibility to raise awareness in our homes and in our communities—in schools, with lawmakers, community leaders, the media and the church,” he said. “Above all, we must support our courageous brothers and sisters working in our homeland each and every day for equality and social justice.” 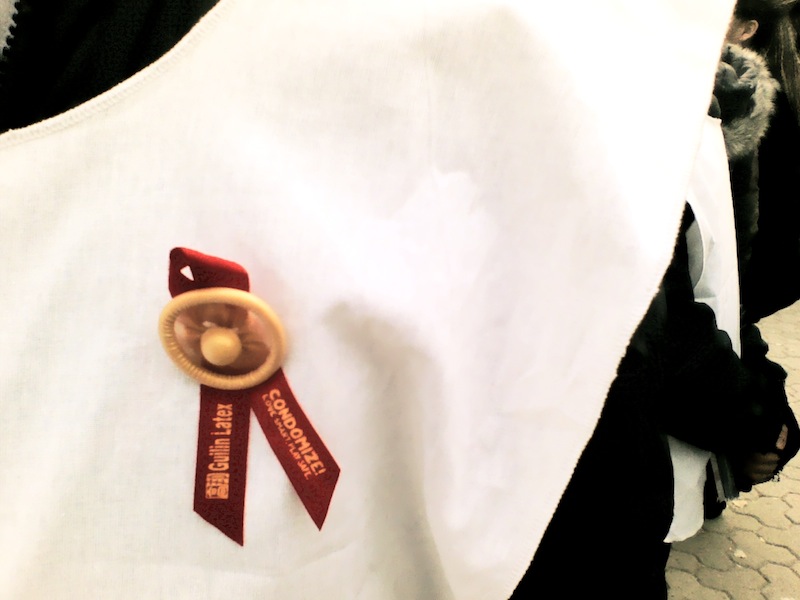