By Contributor May 3, 2010 in Culture Vulture

There is no doubt that Los Angeles is the most well-known host to the largest Armenian population in the United States. In fact,  a stroll down in the suburbs of Glendale make you feel like more like you’re in Yerevan than in sunny Southern California.

But while the growth spurts in population can usually be attributed to events like the Lebanese Civil War, Iranian Revolution, collapse of the Soviet Union, and subsequent 1988 Spitak Earthquake in Armenia, Armenians have been making Los Angeles their home for almost a century, shaping this major metropolitan’s cultural signature along with the millions of other immigrants that came armed with big dreams for a better life.

And while people come and go  from this big city to the next, L.A.’s first Armenian residents are here forever, buried at Evergreen Cemetery – the city’s oldest, with fabulous tombstones and beautiful inscriptions that leave you amazed and a witness to history. 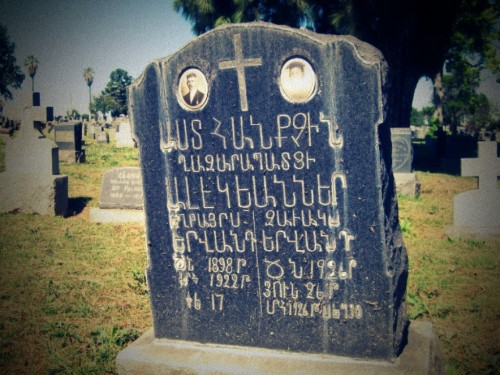 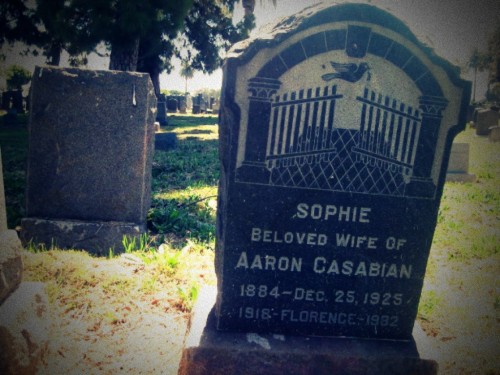 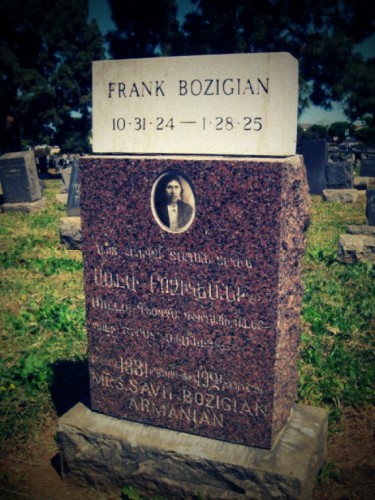 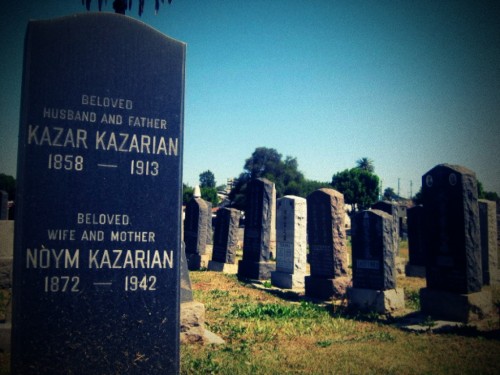 According to the Evergreen Cemetery Virtual Guide, at least two notable Armenians are buried there.  In 1953, Iranian refugee Harutun Avedissian’s body is transported from Germany to Evergreen so that he can be close to his children who lived in L.A. “According to B.G. Otto of the J. H. Riedeman Mortuary, it was the Avedissian family’s hope ‘that they might all be reunited here some day,’ says the site. 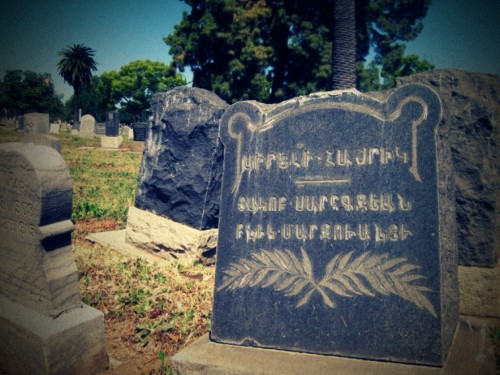 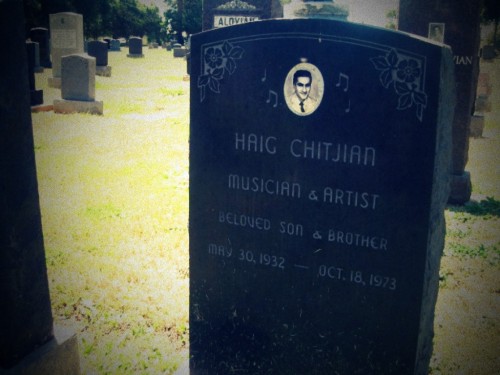 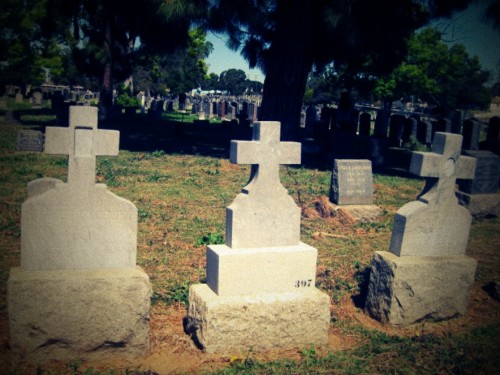 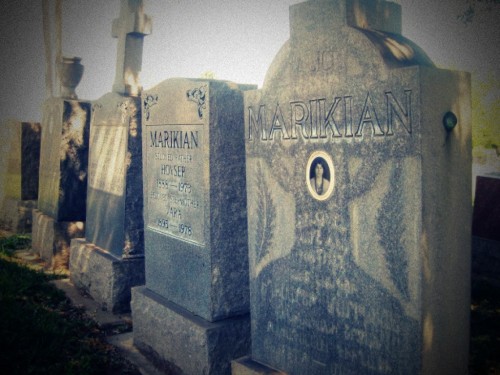 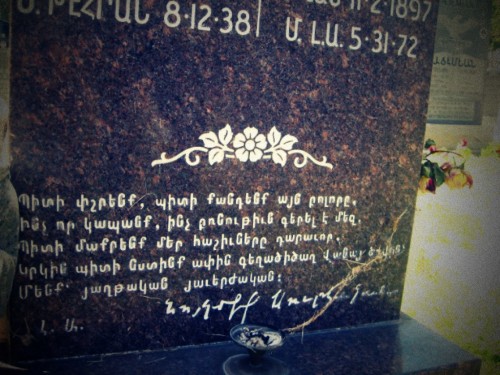 In 1956, 32-year-old liquor store owner Sergia Markarian was gunned down during a robbery and buried at Evergreen, with 300 mourners in attendance. Markarian seemed to be a vital force in the Armenian community of L.A. 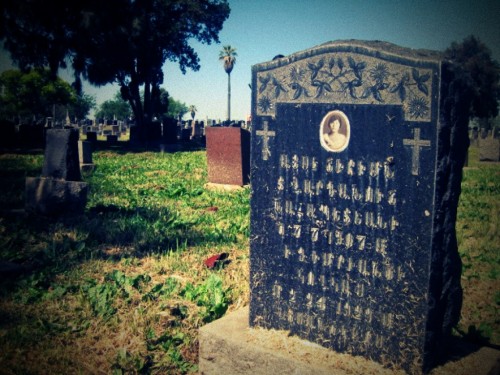 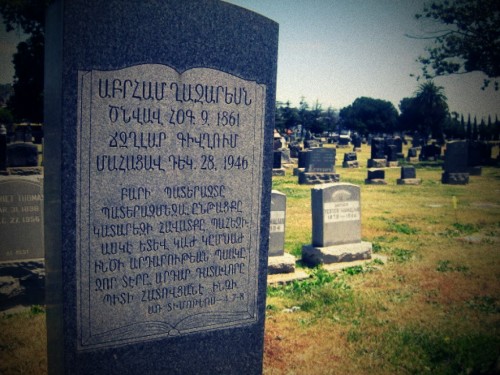 Finding Evergreen’s Armenian residents isn’t particularly an easy feat. While the walkways twist and turn among palm trees and the cool breeze, you come upon fantastic statues, enormous crosses and even a few mausoleums, quite a sight in today’s mostly flat tombstone world.

A few of the earliest Armenians who died can be found off to the side, their tombstones turning a pale gray, with cruder script and debris that makes them illegible. But drive further up towards the back end, and an enormous area full of Armenian tombstones emerges and you find yourself among all the ‘ians’ and ‘yans’ you can imagine. 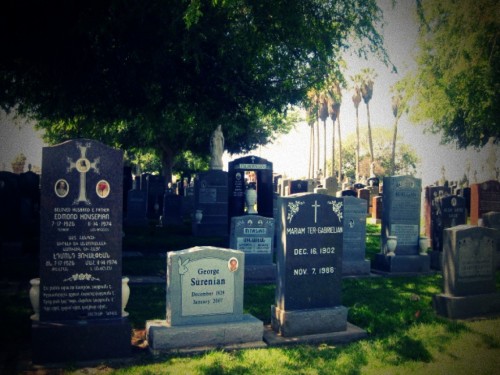 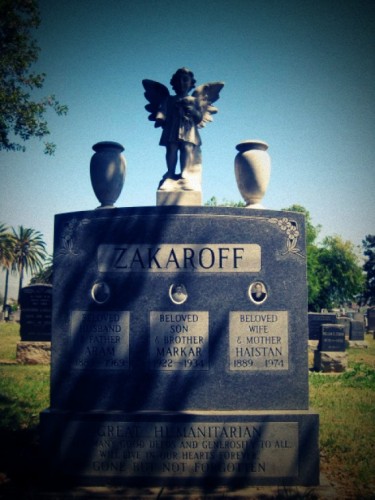 Many of the tombstones have clear photographs of the deceased, which add an entirely new dimension to the names, birth and death dates that are the norm. 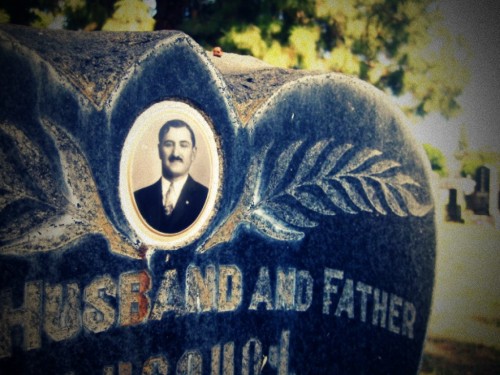 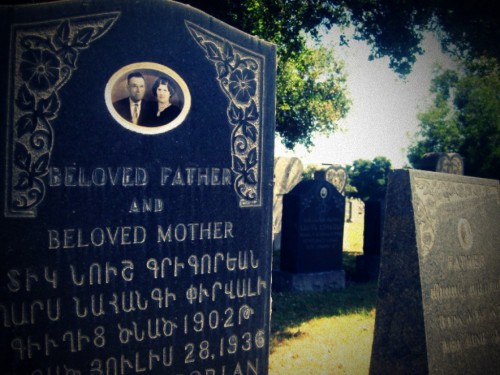 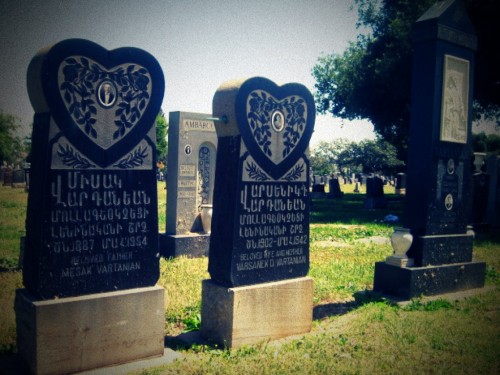 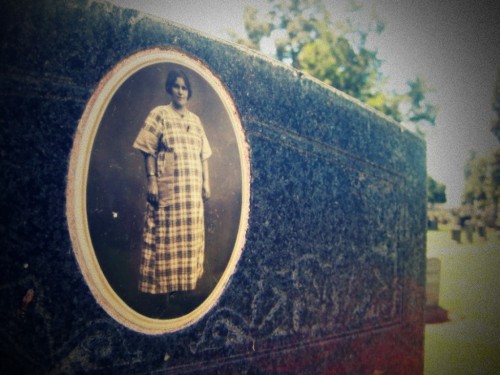 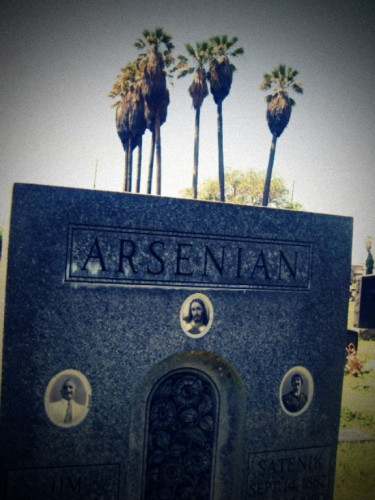 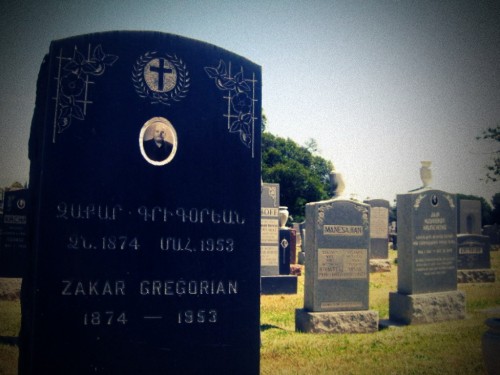 The next time you think of the Armenian community in Los Angeles, remember that it goes further than the jewelry marts, bakeries, businesses and churches you see today – we have a deeper history in the City of Angels than you think.