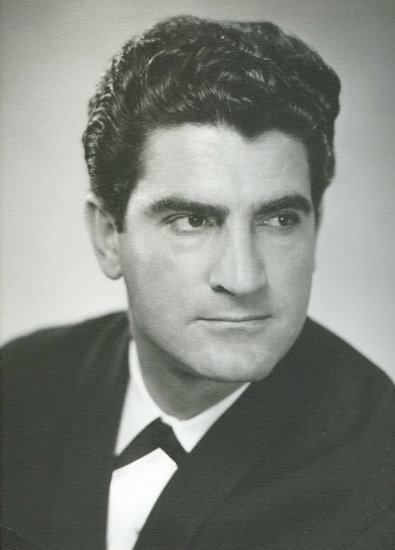 Vigen Derderian, simply known as “Vigen” was more or less the Godfather of Iranian Jazz music.  With silky smooth melodies juxtaposed against his powerful voice, Vigen became one of the most popular singers both within the Iranian and Armenian communities and introduced the addition of the guitar to Persian music.

After the 1979 Islamic Revolution, which banned pop music, Vigen left for Los Angeles and regularly performed in Europe and America to huge crowds. As many Los Angeleno Armenians can attest to, he also made appearances at many weddings.

Born in Hamadan, one of oldest Iranian cities and one of the oldest in the world, Vigen performed with popular female Iranian singers such as Delkash and Elaheh.

Though he passed away in 2003, Vigen’s legacy and impact to Iranian and Armenian music has carried on to today, as evidenced by the hundreds of YouTube videos uploaded showcasing his music and a Facebook page set up in his honor.

“I enjoyed listening to this song, he’s a true idol. Unfortunately, there’s no chance of having such singers in Iran﻿ anymore,” reads a comment left on one of his YouTube videos.

Here are a few choice songs from Vigen:

In the midst of storm, among boatmen
One must move forward, at the risk of life
In the dark of the night I meet with my beloved
To light up the mountains with fire