By Contributor August 27, 2010 in Culture Vulture

Calling all linguists! A user in the community weblog Metafilter has run into a possibly Armenian-related conundrum.

“I just bought a postcard written in what looks like Armenian sent from what is now Lviv to what is now Chernivtsi (in what is now Ukraine), sometime between 1905 and (I’m guessing from the stamp) the end of the First World War/Austrian rule of Galicia,” mdonley posted.  “What does it say?”

While the poster originally assumed the card needed an Armenian translation (and responders suggested the same), there were some doubts on the thread as to whether this was written in Armenian script.

One suggested Yiddish with Latinate names. Another “messy Greek,” and even stenography, the art of writing hidden messages. The last poster brought up Gabelsberger shorthand, common in Germany and Austria, circa 1817. 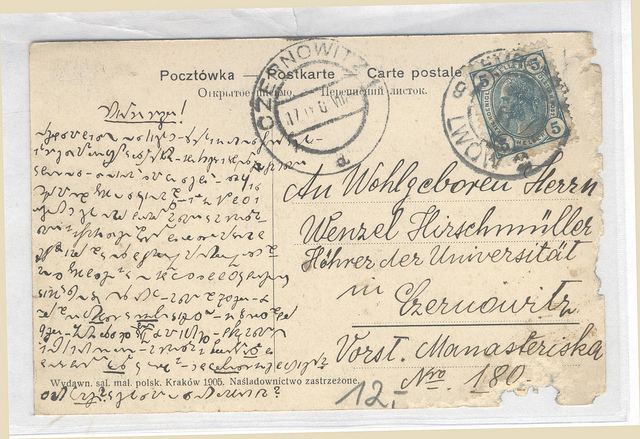 what language was this postcard written in?/by mdonley/creative commons (click to enlarge)

Lviv held the greatest concentration of Armenians in Ukraine in the mid-1600s, approximately one-tenth of the total population, according to the Encyclopedia of Ukraine.

The larger Armenian communities exercised self-rule on the basis of a common-law system called the Armenian Statute, which was approved in 1519 with minor changes by the Polish king Sigismund I the Old and remained in force until 1780–1. The Armenians brought an organization of charitable and ecclesiastical brotherhoods to their communities in Ukraine. 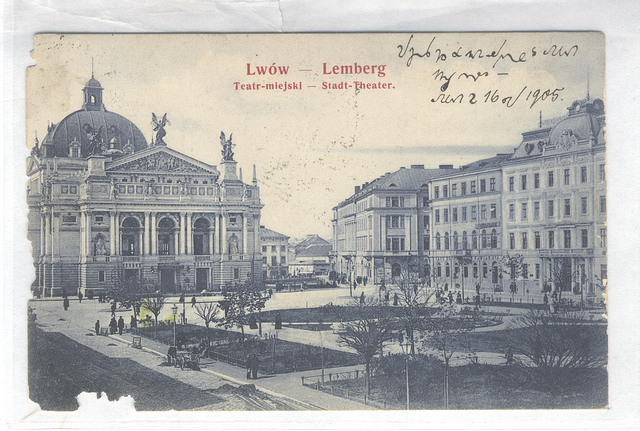 The Armenian Cathedral in Lviv was first built more than 700 years ago, said to be modeled after the Cathedral of Ani in the ancient Armenian capital of Ani. 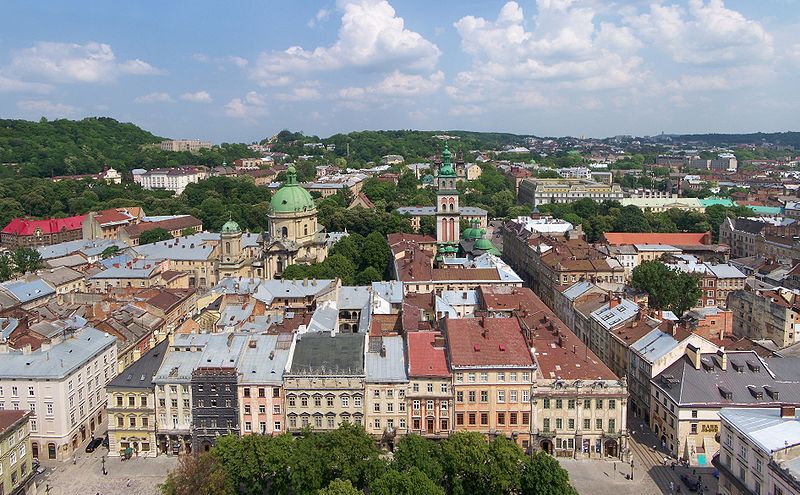 The Armenian alphabet, created in the 5th century by Mesrop Mashtots, an Armenian monk, is generally thought to have been modeled after the Avestan and Greek alphabets, with “supplemented letters from a different source or sources for Armenian sounds not found in Greek,” according to Avedis Sanjian’s entry in “The Word’s Writing Systems.”

While many have thrown their guesses in the hat, now it’s your turn – what language do you think the postcard was written in, and most importantly, what does it say? Leave your guess below.

Yerevan Hopes to Shine as Literary Capital in 2012