By Contributor September 5, 2010 in Armenia

Yerevan Hopes to Shine as Literary Capital in 2012 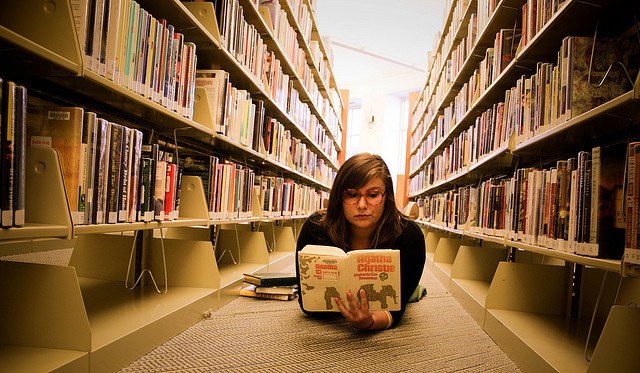 While it dates back thousands of years, with notable authors including Hovaness Toumanyan and Gostan Zarian, Armenian literature has largely remained overlooked by the international community, but that might be changing in 2012, when Armenia’s capital city Yerevan will hold the title of  UNESCO World Book Capital.

“It is the first city of the post Soviet space to be granted that title,” Alexis Krikorian, director of IPA Freedom to Publish program said in an email interview, adding that the title is an initiative which aims at fostering books and reading culture.

There’s also a symbolic twist – 2012 will mark the 500th anniversary of the first Armenian printed book in Venice – “Urbathagirq” or “Friday Book” published by Hakob Meghapart.

The designation comes at a crucial time in Armenian literary history – with publishing and reading numbers having declined steeply and steadily since the Soviet collapse. According to an article by Armine Ghazarian in the Armenian newspaper Yerkir,the number of books in public libraries in Armenia had, at the time of the article in 2005,  decreased by 2.4 million since independence from Soviet rule.  The number of library users had decreased by almost 500,000.

Nairi Hakhverdi, an Armenian author originally from the Netherlands who is now living in Armenia says that as far as she can see, the publishing industry is at an all-time low in the country.

“In the Soviet Union, books were published one after another and sold like hot cakes, as the saying goes,” she said.  “Now the authors have to pay for their own publication and hardly anyone buys their books. The industry is practically dead and I don’t think it’s because of the incursion of the internet, but because nobody cares enough to invest money into it.”

Hakhverdi, who recently published a translation of Aksel Bakunts’ “The Dark Valley,” feels the literary culture in Armenia is divided into two groups – the old and the new.  Where the old was considered good during the Soviet Union, taught in school and studied by academia, the new seems to be less afraid of the internet and more involved in literary culture in other parts of the world, she said.

On top of this divide, Hakhverdi cites a gender problem – whereas national treasures like Hovaness Toumanian and Khachatur Abovian are praised, women literary figures are largely ignored. 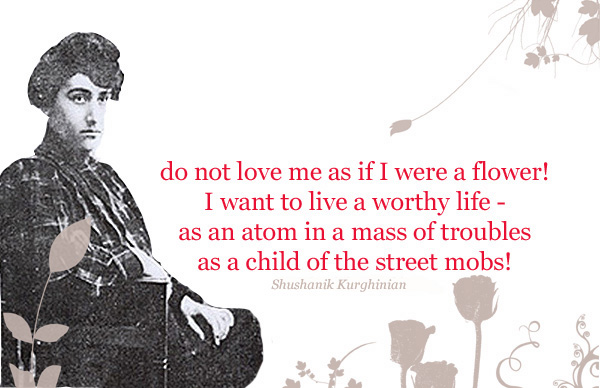 “Even a praised poetess like Silva Kaputikyan does not have a statue or street in her name, let alone such giants as Shushanik Kurghinian and Zabel Yessayan,” she said.

Armenian literature is in a state of crisis, he says.

“At most, books receive a 500 circulation print, but hardly 50 of copies are read by the public,” he said in an Armenian-language email interview that has been translated, adding that the crisis is further aided by the fact that established works by Armenian authors do not get circulated outside of Armenia.

“Armenia today lives in a political blockade, we don’t have any ties to Europe, we live in the condition of closed borders, and our language is not English, French or Spanish, which is spoken by the world’s general population. Also, a very big problem exists – established Armenian literature isn’t systematically translated; a writer/translator relationships seems nonexistent.”

Hakverdi references the apathy towards Armenian literature in general as to why contemporary literary culture is barely there.

“Where in richer countries like Europe and America new authors are churned out and turned into bestselling authors almost on a daily basis, contemporary Armenian authors are practically unknown to their own people and completely obscure to the rest of the world,” she said.

While Armenian literature hasn’t seen a substantial amount of translations, notable translators include Alice Stone Blackwell, who translated numerous Armenian poems and even published an anthology of her translations, and author Ara Baliozian, who has translated books by Gostan Zarian among others.

Pachyan,the 2010 recipient of the Youth Prize of the President of Armenia, hopes that 2012 will bring new bookstores to the city and new books to the libraries in Armenia.

“I’d like our city to have one of the world’s best bookstores,” he said.

Ljubljana, the capital of Slovenia holds the current title of world Book Capital, while Buenos Aires will take it for 2011.

2. The Armenian Poetry Project –  sponsored by the Armenian Students’ Association of America and created by poet and journalist Lola Koundakjian

3. Haybook – Electronic books in Armenian or in translation about Armenian culture.

“18-33: Modern Armenian Prose,” an anthology of 13 young Armenian prose writers, including Pachyan, Lilit Karapetyan, Mariam Sariyan and Sargis Hovsepyan was published in 2009 by the Hamazkayin Armenian Educational and Cultural Association.