By Liana Aghajanian February 27, 2013 in Armenia

Something is brewing in Armenia. What was meant to be a routine presidential election that saw incumbent President Serge Sargsyan return to office has left in its aftermath not just questions, but rallies, student protests, a meeting with the two presidential frontrunners and among outcry from a small, active group of diasporans,  contradictory statements from two of its most well-known faces. No, that doesn’t include the Kardashians.

Nicknamed the orange-colored “Barevolution,” (Barev meaning ‘hello’ in Armenian) a nod to the meet and greet campaign style of opposition candidate Raffi Hovannisian, the streets from Yerevan to Vanadzor have been filling up with thousands of people who have come out in support of Hovannisian, or at the very least, in a show of defiance against Sargsyan and the ruling Republican Party. Hovannisian has even been joined by various political entities in the country at his rallies, including opposition activist and editor of Haykakan Zhamanak newspaper Nikol Pashinyan, who served a 2 year prison term for his role in 2008’s post-election violence as well as high-ranking members of ARF (Armenian Revolutionary Federation) Dashnakstutuyn members, who did not have a candidate in the elections but controversially urged supporters to vote for anyone but Sargsyan.

While the Central Election Committee  (CEC) officially declared Sargsyan the winner, receiving 59 percent of the vote, while Hovannisian came second with 37 percent, the latter remained defiant, calling on the CEC and those involved in election irregularities to remain accountable.

“This is not my struggle anymore, nor the struggle of my ‘team,’” he said. “Let people not think that this is an issue that will be resolved in a day.”

Last week, Sargsyan and Hovannisian met face to face at the Presidential Palace in which Hovannisian said he urged Sargsyan to recognize “the victory of the people.”

Sargsyan of course, gave a simple, yet firm reply: “no.”

As Hovannisian’s “victory tour” continued, a bevy of foreign leaders stepped up to congratulate Sargsyan, including French President Francois Holland and President Mahmoud Ahmadinejad from Iran, an ally of the South Caucasus country whose borders remain closed with Turkey and Azerbaijan.

With an interest to continue and expand relations between Armenia and Iran, Ahmadinejad sent well wishes of health and success, “prosperity and glory to the friendly people and government of Armenia,”  the presidential press reported.

This week, students, who historically have played vital roles in revolutionary movements across the world, got involved. On Monday, Yerevan State University students announced a boycott of classes to protest what they called the fraudulent elections in Armenia.  “We are against the fraudulent election and do not recognize the official vote results,” said Norayr Hovhannisyan, a history student who was quoted in local investigative outlet Hetq.

Students jumping over the gates of Yerevan State University after authorities allegedly locked them. Text reads “Revolution” in Armenia. /Illustration via Facebook

Soon, word spread across social media networks about authorities locking doors and gates to keep students inside. Some jumped over the gates, opening windows to let other students out.

Meanwhile, members of several Armenian organizations have publicly voiced an action plan as both candidates refuse to step down. Eight NGOs, including the Women’s Resource Center,  Asparez Journalism Club, Transparency International Anti-Corruption center and others have demanded the publication of voter lists to verify the election results, Armenia Now reports. 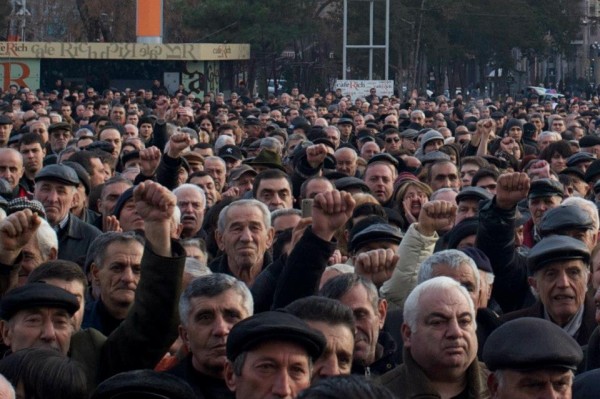 In a rather strange development, an unexpected exchange, perhaps some might say a battle of words has gone public, festering across the oceans as segments of the diaspora become involved in the “Barevolution” aftermath of Armenia’s fourth presidential elections.

System of a Down front man and Armenian-American Serj Tankian has released a scathing open letter to Sargsyan, calling on him to protect the country from enemies foreign and domestic – including those who conduct fraudulent elections.

“Like most diasporan Armenians, I have always been reluctant to criticize your government directly and publicly,” Tankian wrote in the letter published by the Armenian Weekly. “But the avalanche of people suffering under your rule due to corruption and injustice is tipping the scale for us all.”

But then, it got stranger. Sargsyan replied to Tankian, a reply which also took the form of an open letter, a badly written and overall confusing one (confusion being a strong theme in post-election Armenia at the moment), which led us to a slightly clearer conclusion.

“You asked me if I was really sure, deep inside, whether I was the true chosen leader of our people or not,” Sargsyan wrote.

“I respond to it that I have always been sure in whatever I have done be that battle command or organization of elections.” 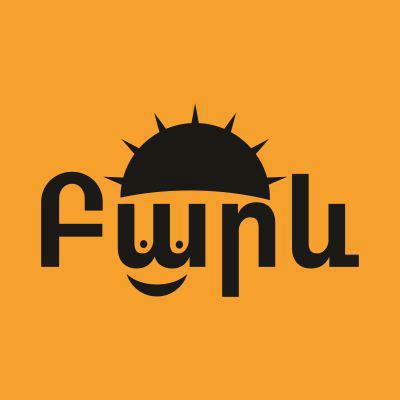 The unofficial social media symbol of the “Barevolution.” Hundreds of Facebook users in Armenia have already changed their profile pictures to reflect Hovannisian’s campaign.

As Serj and Serzh continue to exchange letters in the Armenian press, concerns are mounting over the message and momentum of the Hovannisian led “Barevolution.” With scheduled  visits to Armenia’s southern cities today, what exactly will Hovannisian continue to do in the face of a defiant incumbent, CEC results and an election with a stamp of approval from Organization for Security and Cooperation in Europe observers? Will he let the crowds that have gathered for him in and out of Armenia know of his plans? As time passes without concrete demands, many are left wondering if the movement is destined to stumble and fall.

“I have a feeling that March 1 will be the final deadline, the make it or break it point for this post-election round,” writes the Armenian Observer.

“In Armenia, the process of political transformation would culminate in a bottom-up renegotiation of the now-flawed constitutional compact that was foisted upon Armenians during the 1990s, and distorted in subsequent years through constitutional coups, rigged elections, the violent repression of opposition demonstrations, a distorted media landscape, and the cartelisation of an already small economic pie,” writes Security, in the Caucasus and Beyond. “A fresh start is what is needed in Yerevan, not some tinkering at the edges by the same old faces people have been seeing over the past twenty years.”

Is Armenia waking up? Only time will tell.