By Shant Krikorian October 16, 2009 in Commentary 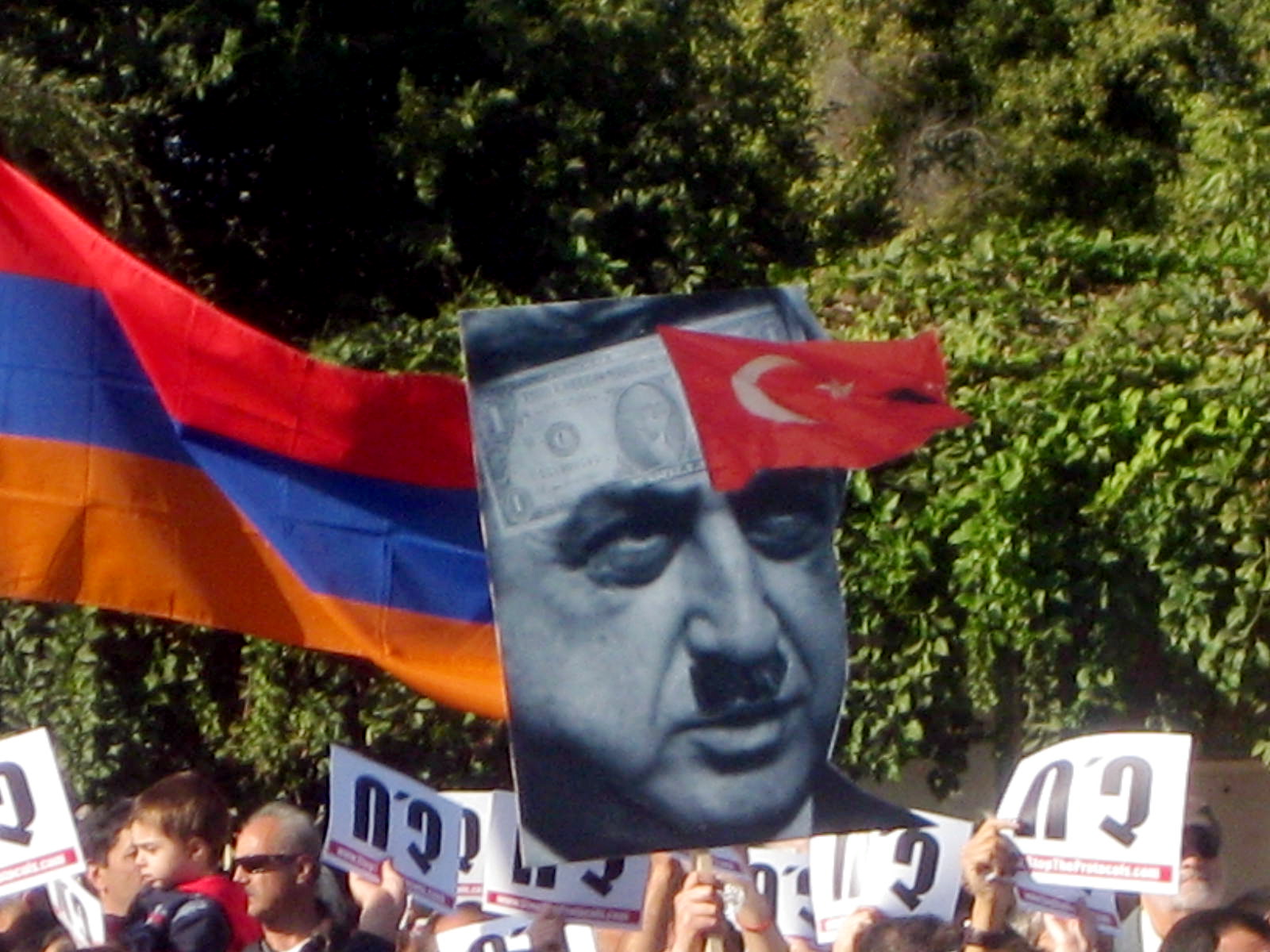 Protestors in Los Angeles hold up a photo of Sargsyan as Hitler on Oct. 4, 2009/by Liana Aghajanian

Regardless of the whirlwind of nationalism and discontent displayed by the Armenian Diaspora – the Turkey-Armenia Protocols opened a new chapter of bilateral relations for both the Republic of Turkey and Armenia, with their respective signing of the treaty in Zurich this October.

The Azeri Trend News Agency was quick to headline (in incorrect English) with “Turkey-Armenia protocol was signed not by Turkish people, but Turkish government” – and much like their Turkic counterparts, Armenian Diaspora Organizations are quick to the claim the same about their respective national government. This divergence as such, between governmental policy and popular will – has come into a larger geopolitical arena of what are the first steps of a broader separation of the interests of the Armenian Diaspora and that of the Armenian Republic.

Regardless of the opposition within or outside Armenia, a strong blow has been struck to the traditional diaspora organizations that vehemently fought against this rapprochement. The highly contested February elections, which brought the Sargsyan government into power in the first place – underline a greater purpose that diaspora organizations in both Europe and the Americas have failed to exercise in their relationship with the Republic: democratic accountability.

When Washington cut $67 million of Armenia’s Millennium Challenge Fund, citing “displeasure over the slow pace of democratization in Yerevan” – the diaspora failed to actively address Armenia’s sliding democracy or human rights record – placing culpability, instead, on U.S. geopolitical interests. Some may call it “introspection” or “contemplation” – but serious scrutiny and reflection nonetheless needs to be exercised by the diaspora and its organizations as it seeks to find a viable voice in the rapprochement of Turkey and Armenia.

In an unfortunate turn for the worst, the mere century of demanding and lobbying for genocide recognition is now becoming overshadowed by a greater problem of the Armenian Government’s liability to its citizens, or lack thereof. Undoubtedly, the diaspora needs to certify that the convictions of the citizens of the Republic of Armenia are mirrored in their government. Will it now answer this call?