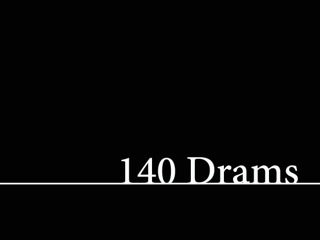 Armenia has many faces. There is the beautiful city of Yerevan, filled with shops, cafes, and bars whose streets seem like they multiply with people by the day. Then you step outside that small bubble  and see a completely different world. You see a country stricken by poverty and a people struggling to put bread on the table. The latter is often hidden from most visitors to the country and to people around the world.

This is why when young filmmaker Oksana Mirzoyan decided she wanted to write and produce a fictional film in Armenia, she chose a story she thought needed to be told.

“140 Drams” is about a young boy’s first trip to the grocery story, which reveals the reality of the situation his family and his country are facing. Edo is a boy living in contemporary Yerevan. His sister is sick and his mother is unable to leave his sister’s side. With no one else to turn to, she asks Edo to go to the store and buy her milk. He has just enough to buy the milk but when he gets to the store he is confronted with an unexpected obstacle and he has to come up with a solution for his first adult dilemma. The film is about an integral moment of childhood but one that reveals an insight into the political and social circumstances of contemporary Armenia.

“This story about Edo and his family is relatable to everyone. It crosses cultural and ethnic boundaries. I want this film to touch on universal emotions yet set against an Armenian backdrop. I want people to look at this film and realize that Armenia is still here and it is not a distant story,” she says.

Mirzoyan, a refugee from Baku who spent some of her childhood in the Soviet Union before relocating to the U.S., is now living and working in Yerevan. She is constantly making experimental films but 140 Drams will be her third official project.

When asked why she decided to stay in Armenia and shoot a film there, she said, “I am directly affected by the location I am living in. The visual of a street or a corner can be a story in itself and since moving here I have been bombarded with stimulation and inspiration. The backdrop of the culture, the streets, the country is so unique and it will give something aesthetically and mentally stimulating just in that alone. There are not many contemporary images of Armenia out in the West. I love this place and I want to show it to the world through my own perspective”.

This is just the beginning of projects lined up for Mirzoyan, who wants to remain in Armenia for the indefinite future. In addition to “140 Drams”, she is planning to shoot another experimental film in the spring and she is also curating a children’s photography exhibit in Yerevan.

Born in Turkey and raised in Los Angeles, Nora holds a B.A. in Psychology from the University of California Los Angeles. She is currently finishing up her M.A. degree in Counseling at Loyola
Marymount University and works part time as a counselor intern at Arleta High School’s Social Justice Academy, where she practices her counseling and social advocacy skills. She loves chocolate, poetry and enjoys riding her bike through the smog-filled streets of LA.