By Contributor April 24, 2010 in Features, Society

Too often, not all voices are heard. In an effort to jump start dialogue, ianyan magazine presents three alternative voices on important issues and significant subjects dealing with the Armenian Genocide and Armenian-Turkish relations.

An American in Glendale

There is no doubt that Glendale has the largest concentration of Armenians in the United States. In fact, according to the 2000 U.S. Census, Glendale’s Armenian population had reached 53,000, up by over 22,000 from 1990.

Dana Leigh has lived in Glendale for 2 years. A college student studying creative writing, her family is white and Ecuadorian. She has close Armenian family friends and even dated an Armenian man. Her experience has been as an outsider looking in.

When it comes to the Armenian Genocide, she doesn’t understand the argument against recognition.

“It seems imperative that the genocide should be recognized and acknowledged for what it was so that there is truly any kind of ‘moving forward’,” she said.  “You can’t build foundations on slippery statements and that seems to be all anyone is willing to put forward when talking about this, outside of Armenians of course.”

She respects the great lengths Armenians go to for recognition, however her own acknowledgment of the events in 1915 has been met with uncertainty around Armenians.

“Its almost as if they think I care because it’s trendy or the way to be where I live,” she said. “But I believe the more people who know and care about this, the better the chances that it will truly never happen again. So I ignore the sometimes exclusive and suspicious looks and stick by what I believe. And show my support and acknowledgment on April 24.”

She also sees the benefits in Armenians reaching out to those outside the Armenian community, saying it will go a long way towards reform and future change.

As for Turkish government’s denial of the Armenian Genocide, she doesn’t see the country coming around anytime soon, but sees recognition as an absolute essential before anything can move forward.

“I think they’re terrified of how it will make them look,” she said. “No country wants that in their history, but many have it anyway. It seems to me that the countries that have truly moved forward from it are those who have acknowledged the wrong they’ve done (like Germany with the Nazi regime).”

A Turk in Montreal 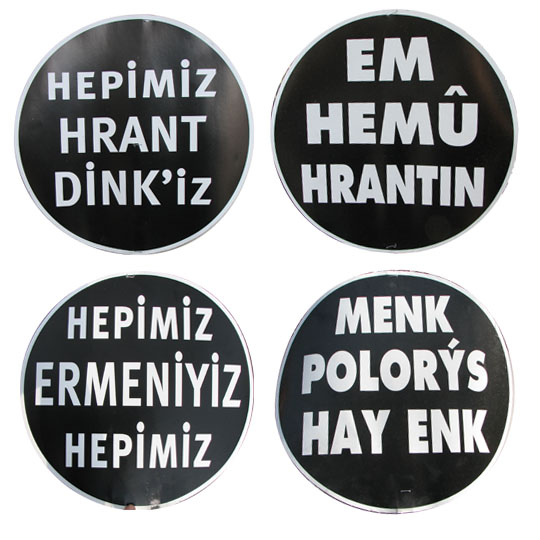 A software engineering student who grew up in Turkey and came to Canada to complete her University education, Kubra Ozguven never really had a chance to have much direct contact with Armenians in Turkey, but that changed when she came to Montreal, which has a sizable and active Armenian community.

The first thing she realized were the many cultural similarities she shared with Armenians, which ranged from food to music.

“It was a worthwhile experience to see that we could actually talk about and discuss things that are generally considered a taboo in Turkey and Armenia in a free setting,” she said. “It was a nice experience.”

Her interactions with the Armenian community happened by chance – in her first year at school, she happened to have an Armenian professor, and then her lab partner for a class turned about to be Armenian. She also met Armenians in Armenian and Greek restaurants around the city.

They were as surprised to form connections as she was.

“They’re not really used to seeing someone, who does not really think in the mainstream way, they usually have these regular monolithic ideas,” she said. “The Armenian Diaspora, they don’t have much direct experience with Turks from Turkey.”

Although she said some people she spoke to didn’t want to touch up on the subject of the Armenian Genocide, she likes to and prefers to discuss it, sometimes even initiating the conversation.

Having first heard about it when she was in high school when France officially recognized the Genocide in 2001, she began to open talk about it and see it as an issue after Hrant Dink was murdered in 2007.

“It really had a huge impact on me,” she said. “I felt like ‘Oh my god, I’m a young Turkish person, I wasn’t there in 1915 but what happened to Hrant Dink, we all knew it, he was well known and I knew him and I read him. There was this issue of responsibility that came to me. The hatred that caused that was not something that appeared over night, it had roots back in history.”

When Dink was killed thousands marched in Istanbul in protest. They chanted, “We are all Armenian, we are all Hrant Dink.”

“The death of Hrant Dink, it was a wake up call for most people in Turkey, especially for intellectuals,” she said. “We had been ignoring this topic for this long, now our 17-year-olds are getting up and killing people – that is a problem, a huge problem and we have to do something about it.”

“When they hear that word, they think Hitler, gas chambers and huge ovens, and that kind of imagery is terrible for them,” she said. “I think it’s generally part ignorance, nervousness and anxiety around the word genocide.”

When emotions are mixed into issues, especially history, the entire discussion becomes highly charged and less realistic, she said. She believes that things like the Armenian Genocide are not straight black and white issues.

“People seem to treat it in a very binary manner,” she said. “It was a lack of empathy that I was annoyed by.”

In order to establish dialogue between Turks and Armenians, she believes doing it through non-governmental organizations is the way to go, because it would involve actual, ordinary people, starting from students and youth.

“They have less preconceptions about it, less prejudice, youth is much more globalized and has a better understanding of the human experience,” she said, adding that Turks and Armenians can find common ground if people are just brought together.”

Although she plans to stay for a few years in Canada, she really wants to return to Turkey.

“It is a developing country and it has a lot of problems, in terms of politics, like relations with Armenia,” she said. “As an intellectual, I want to be part of that development, I want to go there and do something.”

She also plans to be more active in Turkish and Armenian relations and also said she wants to go to Armenia, something she feels like would be a nice experience for her.

For Ozguven, the most important thing is prevent another Genocide from taking place.

“Armenians are obsessed with the word too much, and Turks obsess over it too little. I wasn’t there in 1915, I don’t know what kind of terrible things happened or how they can be named, I don’t know,” she said. “What I care is that some humanitarian tragedy happened and we should take a lesson from it. The idea that it can happen again, I feel terrible about that. I think we should focus on the future and take lessons from the Armenian Genocide in a way that we ensure that no such tragedy ever happens again.”

A Jewish American in Turkey 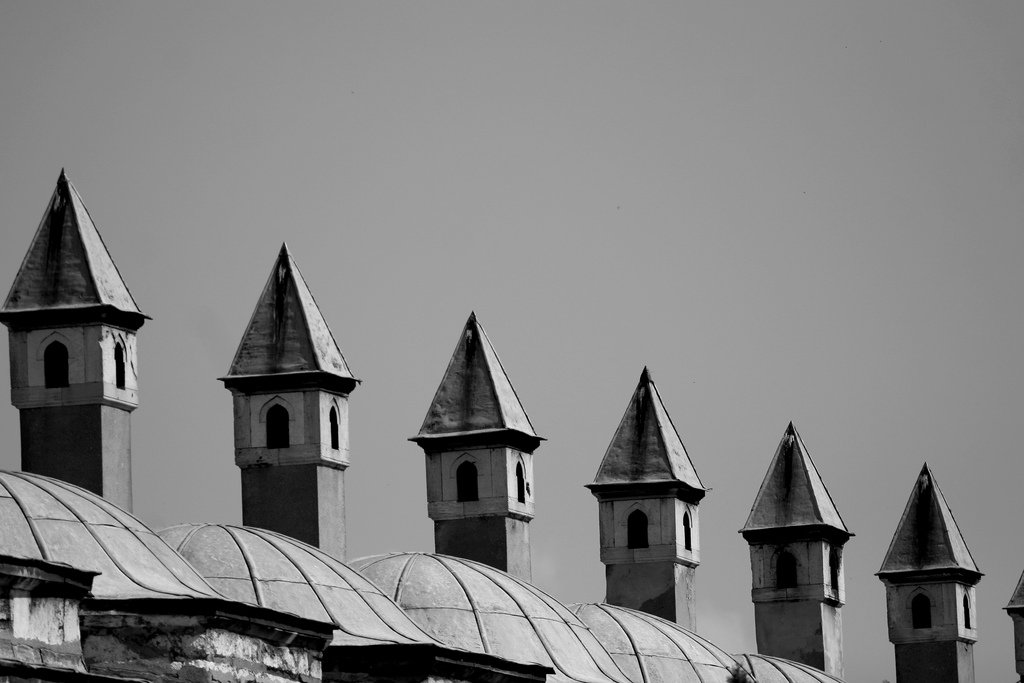 Now living in Turkey, Adam Blumenfeld*  had “rather mixed” interactions with some Armenian kids.

“There’s a lot of anger and hate that gets instilled from a young age in the Diaspora,” he said. “This causes conflict with other groups that are similarly indoctrinated, particularly over the issue of equating tragedies and subsequent argument over who suffered more.”

In Turkey, his experience is beginning to change.

Recently, he met a Diasporan Armenian whose father was Jewish and mother was Armenian who shocked him by uttering the sentence, “I don’t hate Turks,” he says. “This should explain the image I had in my mind of (at least Diaspora) Armenians up to that point.”

He says he doesn’t have any real faith in the governments of either Turkey or Armenia to really make peace.

“I’m in Turkey and I know how things get done here,” he said. “None of Turkey’s major parties has any real incentive to make peace with the Armenian state. However ignorant I may be of the Armenian side’s government, it is widely acknowledged that [Armenia] is quite dependent on the Diaspora and Russia, and thus doesn’t really “need” to make peace with Turkey.”

“My view is that in almost every conflict and every state, leaders really come last,” he said. “Somehow we need to (re)build a real, organic connection between Turks and Armenians.”

Because of the general financial stability of the Armenian and Turkish Diasporas, visits to the homeland of the so-called “enemy” would enable both to learn something and teaching something from the other side, he said.

He also believes in the importance of bi-national institutions related to culture, education and more.

“For example, how many Armenian students holding any citizenship but Turkish are in Turkish universities? How many Turks are attending Armenian universities anywhere?,” he said, noting that high-level government meetings strike him as being a parade of men in suits shaking hands in front of flags and getting nothing done.

Blumenfeld is very fond of living in Turkey, calling Istanbul a fascinating city and says that both Armenians and Turks share a lot of cultural similarities.

In terms of socio-political relevant similarities, he says that both Armenians and Turks are obsessed with “victimhood” and “masterhood.”

“The former cannot give up on the idea of restoring past Armenian Kingdoms, no matter the cost, and uses its obsession with the Armenian Genocide to justify this,”he said. “The latter still lives for the Kemalist dream of an indivisible Turkish state, and when this is questioned, justifies it with a sense of victimhood not unlike Israel’s: We are surrounded by enemies, we must stand strong, everyone wants to tear apart poor, innocent Turkey. Like with Israel, my objection is not in the desire for “unity”, but in the insistence that a state be fundamentally Turkish/Jewish.”

As for Armenians in Turkey, his experiences have led him to have an impression that Turkish Armenians are generally proud of their “Armenianness,” but able to divorce it from what he calls the pointless political posturing of competing nationalisms.

Blumenfeld recalls an experience he had in Istanbul with a Turkish Armenian optician named Vartan, who answered all his questions and then asked about Armenians in America.

“His employee there was a younger Turkish woman who must have thought the whole encounter quite strange, because I suppose to her he’s just “my boss”, not “my Armenian boss,” he said, adding that Turkish Armenians are a valuable link, which Turks and Armenians must build upon if they ever hope to see progress.

As for the present, he says Turks view their current relationship with Armenia as being more related to the events of the Nagorno-Karabakh war than the events in 1915.

The war, which lasted from 1988 to 1994, left an estimated 30,000 dead, according to the Council of Europe’s Parliamentary Assembly

“For the Turks, I am bothered by their quickness to label any ethnic cleansing not ‘perpetrated’ by ‘Turks’ as ‘genocide’ while being unwilling to deal with “genocides” for which “they” are “responsible,'” Blumenfeld said.  For the Armenians, I am bothered by their ability to still be so adamant about deaths that occurred almost 100 years ago while seemingly showing no compassion for dead and displaced Azeri civilians from the 90s.”

He also has a view on the bigger picture.

“For people in general, I am bothered by our consistent need to find “victims” and “culprits”, point our fingers in judgment, demand this and that by way of reparations,” he said.  “What we should be doing is trying to make real peace and build a more progressive future together.”