Inspired by our friends at The Caucasus, who put together a diverse list of gift ideas (which featured the Armenian Unibrow Championships t-shirt by our partners at Ara the Rat), we started poking around the interwebs to  find Armenian-inspired merchandise in popular brick and mortar and online retailers. Take a look at what we found. 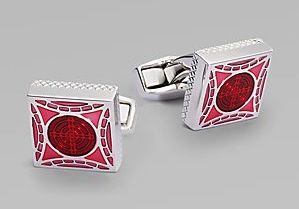 Designed by London-based Tateossian jewelers whose founder Robert Tateossian is commonly referred to as the “King of Cufflinks,” this design was inspired by the ceiling of a 17th century Armenian church. Plated with rhodium, a so-called “noble metal” that is resistant to corrosion, they were created to celebrate the store’s grand opening in the Armenian capital of Yerevan, along with a few other designs. $176, Saks Fifth Avenue. 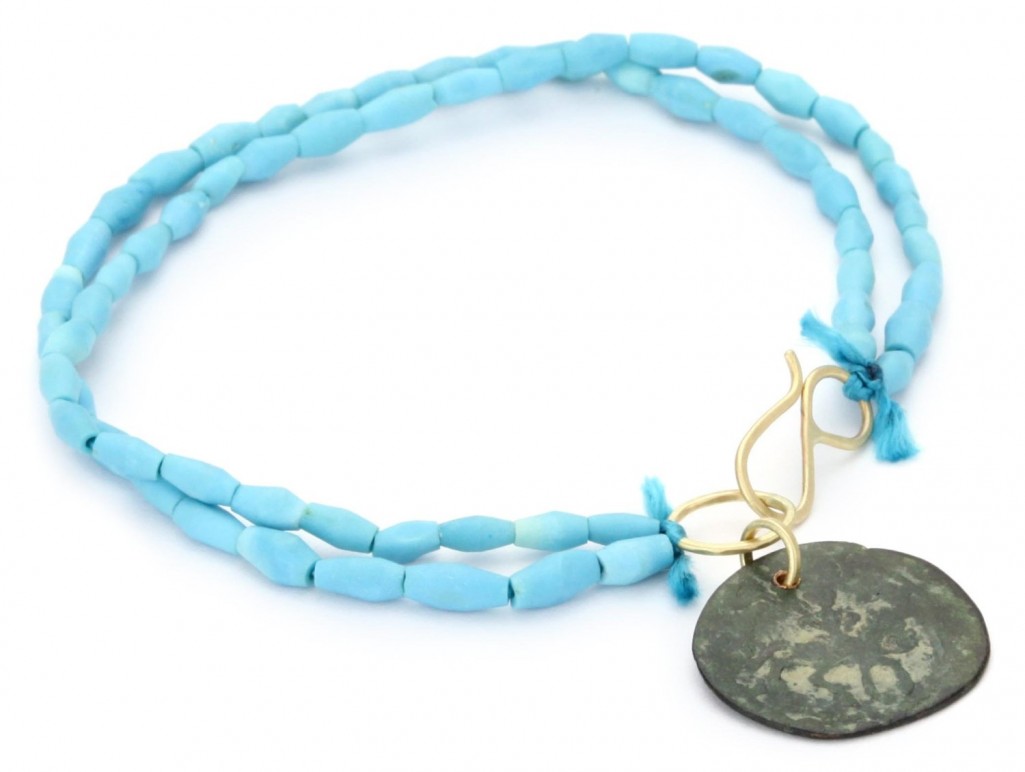 Part of the “Ancients” collection of  Renee Garvey, this bracelet features an authentic ancient 13th century Armenian coin and hand made in the U.S. Made with “vivid afghan turquoise” and a 10k gold ring and clasp set, the Renee Garvey jewelery line proudly touts its star-studded clientele, with pieces being worn by the likes of Jennifer Aniston and Salma Hayek $202, Endless.com 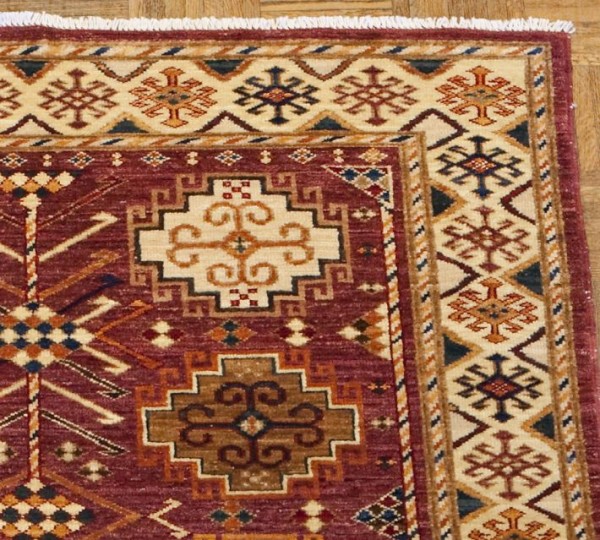 Made by Arzu Studio Hope, a non-profit organization that provides income to Afghan women by selling the rugs they weave, this rug uses a pattern derived from the Caucasus Mountain region, it was woven by a young woman named Nikhbakht whose family escaped Taliban attacks in the late 90s only to find themselves in dire socioeconomic circumstances. With Arzu, she can now earn a steady income for her family, receive access to health care and take part in literary courses provided by the organization. $1,469, Pottery Barn

This matryoshka, or Russian nesting doll features a girl in traditional Armenian costume and comes to you via matryoshka illustrator Amy Perrotti. Printed on archival matte paper, this print of an original illustration resists fading and leaves a white border for framing. $14, Etsy

Described as “uniquely Russian ceramic structures,” that are inscribed with the names of “exotic treats,” this jar belonged to a set that included “piroshki” and “shish kebab” counterparts. Halvah, a sweet confection made of flour, butter and sugar is enjoyed across the Middle East and Eastern Europe, and traditionally eaten in Armenian culture after a funeral ceremony. £49.95/$77,Anthropologie

If you’ve ever wanted your own piece of Ararat, here’s your chance. According to the seller, the stone has certification that it was brought from the biblical Mount Ararat, once in Armenia and now behind Turkish borders, where Noah’s Ark is alleged to have landed after floods of epic proportions. After purchasing, you can enter the code at the bottom of the box on the Noah Stone website to register the  stone and see what it looked like before being put in your own tiny wooden box. Though there’s no insight as to how the stone was harvested, which means verifying if it actually came from the legendary mountain proves tricky and its probably being sold at a highly inflated price (the seller says he liked his Noah Stone so much, he bought a few to sell)  it might still make for a fun gift. $50, Ebay. 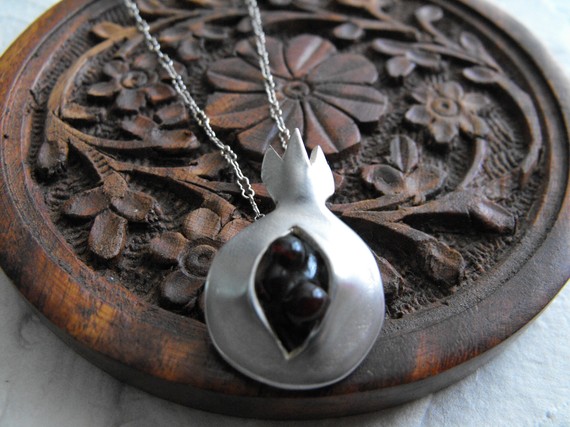 Made with Czech glass fused which make up the seeds in the center, this handmade pomegranate comes with a sterling silver chain and is signed on the back by the artist.
Pomegranates, a national symbol of Armenia, are said to represent fertility, abundance, prosperity and creativity. $90, Etsy