If Only Everyone is a thoroughly post-Soviet Armenian film.  It’s written in two languages, Armenian and Russian (three, if you count Karabakhi Armenian), with a Soviet soundtrack and a plot intimately intertwined with Armenia’s relationships with its neighbors—Russia and Azerbaijan.  The film viewing was at the St. Vartan Armenian Cathedral on 2nd Avenue and 34th Street in Manhattan (where I attended Armenian school as a child). Staying true to our Armenian roots, the viewing started a full half-hour late and the planned Skype Q&A session with Mr. Poghosian was derailed by crappy internet connection.

While I watched, I wondered how everyone else was taking it in. I read the English subtitles to understand the Russian dialogue; others in the audience perhaps needed the subtitles to understand the whole film, or only when the particular dialect of Armenian was beyond their grasp; and yet others had no need for the subtitles.  We experienced the film in our own ways; but we laughed at the same parts, and cried at the same parts. 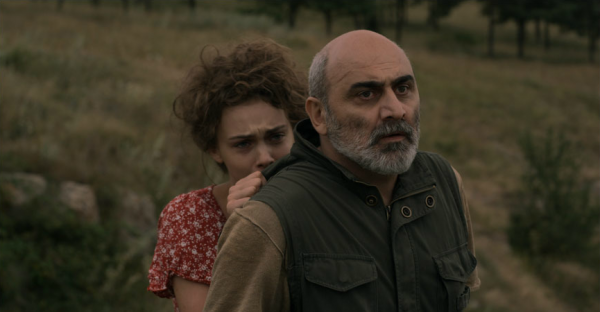 I can reveal much of the film’s plot. Sasha Maslennikov (played by Yekaterina Shitova) arrives in Yerevan from Saratov, Russia, carrying a young birch to plant at her father’s gravesite. Sasha’s father was Russian, and her mother was Armenian, killed in the Sumgait massacres of Armenians by the Azeris that sparked the war between the two nations. The Sumgait (and Baku) massacres followed as a result of a vote by the majority-Armenian population of Karabakh to secede from Azerbaijan. The war ended with a ceasefire in 1994. Sasha’s father died fighting beside the Armenians. In Yerevan, Sasha finds Gurgen (“Gugo,” played by Michael Poghosian), who was the commander of her father’s unit and presumably knows where her father is buried. Gugo confesses he doesn’t know the site of his grave because he was laying in a field hospital at the time of his death; his coming-to-terms with his survivor’s guilt is integral to his character’s development throughout the film.

Gugo takes Sasha to meet his fellow fedayeen, nicknamed “Arj” (“Bear”) in Vayk, who may know the location of her father’s grave.

Upon arriving in Karabakh, and conferring with another brother-at-arms, a man nicknamed “Mult” (“Cartoon”), they discover that the grave is located beyond the heavily-guarded border—on Azerbaijani-controlled land. When Gugo and Sasha eventually sneak over the border and plant the birch, an Azeri shepherd confronts them weapon in hand. Gugo and Sasha explain their purpose, and the Azeri man lowers his weapon.  He explains that he is a Karabakhi and his 10-year-old son died from an exploding landmine, on a grave beyond the border, on Armenian-controlled land. Back on home territory, Gugo and Sasha plant a birch on the gravesite of the shephard’s son on his behalf.

Undoubtedly, the film’s humor and its attention to detail are what make it so enjoyable. Simple and surprisingly uncontrived, everything about the film makes sense. Though they lack some depth, Arj, Mult and Gugo are very lovable and have great chemistry together. Aptly named, Arj and Mult stole the show; Arj, a diabetic with a reckless appetite for ice cream and hibernation, and Mult, who is perfectly balanced on the line between character and caricature. I appreciated the scenes of everyday life: the holiday of Vardavar, making tonir-baked lavash, a kef, and of course, a kef brawl. 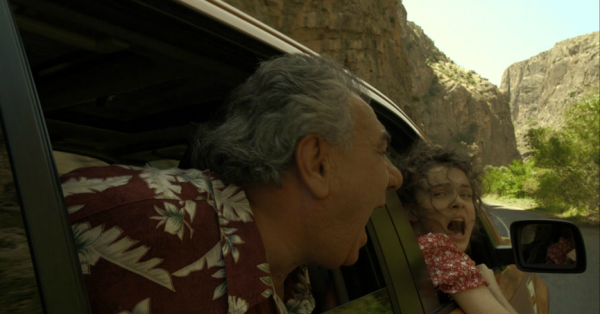 I anticipate that some will say that the film wasn’t “political.”  Some will say that this is a flaw, some will say, a strength. Certainly, “If Only Everyone,” selected as the Armenian entry for Best Foreign Language Film at the Academy Awards, lacks the fierce nationalism and patriotism that characterizes much of the rhetoric of Armenian politics and the collective identities of Armenians around the world. In the midst of unsuccessful peace negotiations between the two nations’ presidents, each character in the film struggles to make peace with themselves—their own losses, their own pain, and their nagging questions about the war and its purpose.

A wise friend of mine once said—with regard to Armenian-Azeri relations—that acknowledging someone else’s pain does not diminish your own. The film reflects this very notion—between Gugo and the shepherd—who developed trust in the instant they acknowledged each other’s loss. Don’t misunderstand me: “If Only Everyone” is much too self-aware and honest to promote a We-Are-the-World-type message. Instead, it suggests that it’s time to move on from brooding over who committed which inhumanities against the other. It proposes, as my friend did, that perhaps each side acknowledging the other side’s pain—and thus, building trust—would be enough to actually turn a page in these ongoing peace negotiations. I can’t imagine a more “political” message. 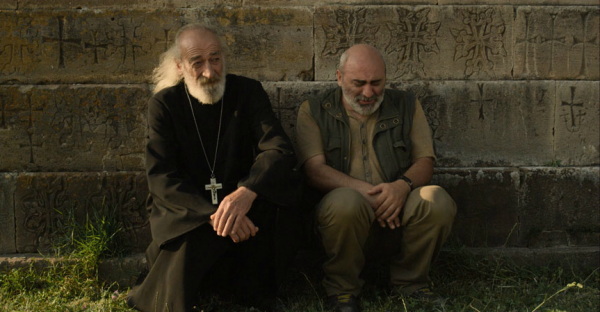 Now, the film isn’t perfect. Sasha’s lack of depth is exacerbated by Shitova’s performance: Shitova is much too aware of her own character’s child-like qualities and is, frankly, a very unconvincing giggler. Poghosian’s performance is borderline melodramatic. Moreover, at times, the film almost seems as if it is geared toward a non-Armenian audience—it is a little too focused on the “quirky” aspects of Armenian culture, as an outsider would see them. However, perhaps this is excusable since Sasha is, in fact, an outsider experiencing Armenia for the first time (in this regard, If Only Everyone is eons better than Braden King’s film, Here, which was shot entirely in Armenia). If Only Everyone is clever, brave, and beautifully filmed, and certainly worth the watch. I look forward to more like it.

Photos © If Only Everyone