By Aram Margarian February 12, 2013 in Diaspora 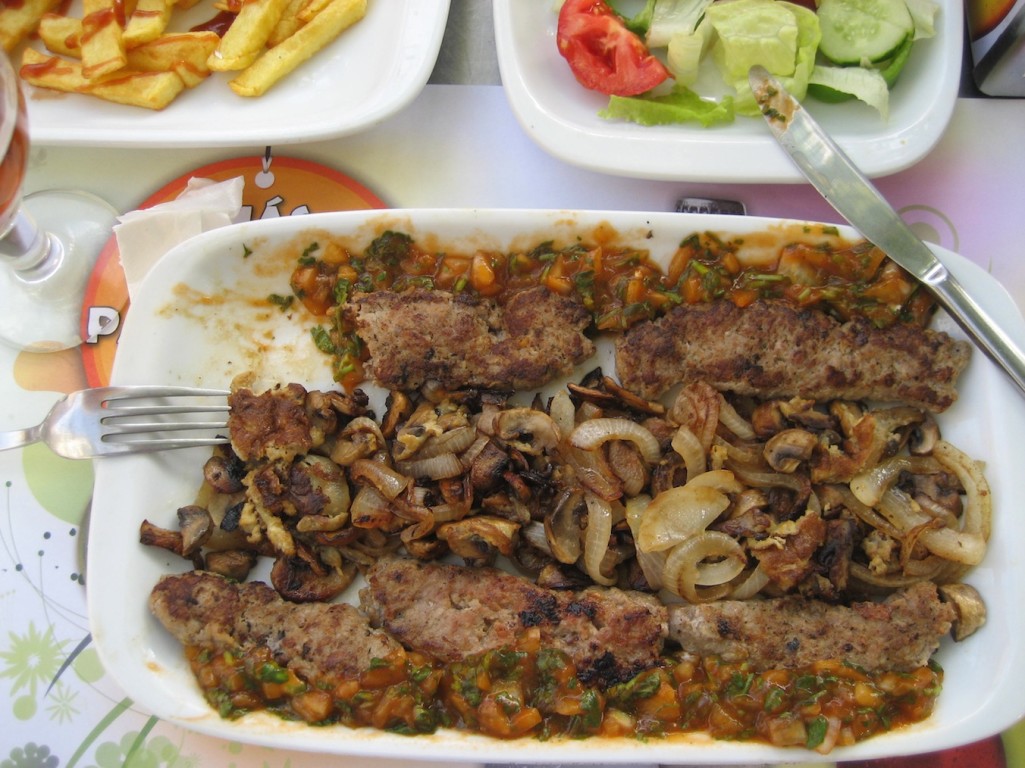 Then, you bump into an Armenian.

My latest experience of this – let’s call it the “oor deghen oor feeling” – was while traveling in Spain. An odar (non-Armenian) friend and I were pottering around the outskirts of Valencia’s old city looking for a late lunch. Since arriving in Spain, she’d had had trouble finding suitable vegetarian meals. Pro tip: eggs with mushrooms in Valencia comes with shrimp. Who knew?

We came across a restaurant with multiple vegetarian options and were about to sit at an outdoor table when I noticed a nearby restaurant advertising “Bocadillos”, followed by “Armenia” on its chalkboard.

Not speaking Spanish I had no idea what a “Bocadillo” was. And Armenia? Why? How? Why here?

We strolled over and a sprightly 60-something woman approached, said something in Spanish and offered us a table with an open palm.

She had the look.

“Sorry we don’t speak Spanish but can you tell me what a boccadillo is?” I asked in English, before cutting to the chase: “Are you Armenian?”

The woman put her hands to her mouth. With her eyes wide open, she nodded. The hint of a grin appeared behind her hands. We exchanged pleasantries in Armenian and sat down after ensuring they served vegetarian meals. Something about egg plant.

Her name was Loucig and she had come from Yerevan five years earlier to work in the restaurant that her son had opened five years before that. She worked 15 hours a day, every day.

She disappeared inside. Apart from a vegetarian dish I had no idea what she would come back with. In the meantime we introduced ourselves to her Yerevansti-looking son and ordered two Estrellas to kick things off. 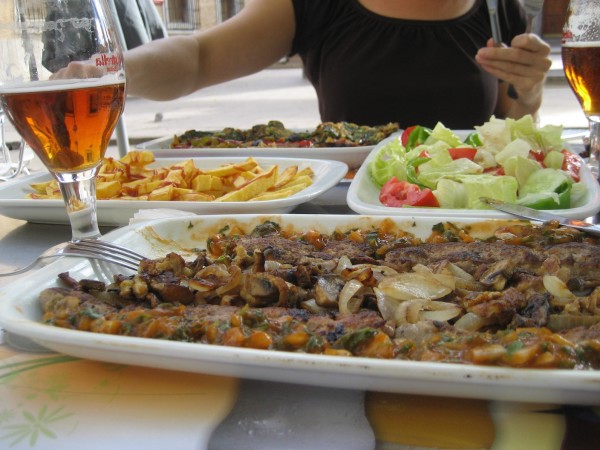 Thirty minutes and some mild hunger pains later, Loucig returned. She brought with her an exotic-looking vegetarian platter for my friend and a plate of succulent kofta-kebabs with a bed of mushrooms and onions for me. A plate of salad and chips were thrown in for good measure. We weren’t going to leave hungry.

I had been away from Australia for about three weeks; which meant three weeks of hot dogs at American ball-parks and stilton burgers in English pubs. Now just like that, I was back at my mum’s dinner table.

I was keen to chat to Loucig, but she again disappeared inside. She returned minutes later with a glass of Estrella for herself and pulled up a seat.

We started talking about a range of topics. She expressed that very few Armenians lived in Valencia, nowhere near enough to justify an Armenian church or an Armenian day school. She was clearly a very patriotic Armenian and spoke glowingly of our culture, our history, our character. And our stubborness.

We spoke at length about life in Valencia, life in Yerevan, life in Sydney, what sort of work I do, how old I am and am I married. We also spoke about prostitutes. As you do.

“I am so proud to be Armenian,” she said. “You know why? In Valencia there are prostitutes from all over the world but none of the prostitutes come from Armenia.”

I refrained from asking how she knew this.

She stopped for a split-second before again covering her mouth. No grin this time. Instead, she rocked back and burst into laughter.

I laughed with her. We high-fived.

Throughout our conversation, I’m sure my friend was trying to make sense of the conversation. I can only imagine what she was thinking – watching me joking and high-fiving with a woman I knew about as well as the Queen of England.

Loucig went on to tell me about her ill sister, Hasmig, who was in her 70s and still lived in Yerevan. She insisted on giving me Hasmig’s phone number to look her up next time I was in the Motherland.

It was a heartfelt gesture from a selfless and genuine Armenian woman. I will probably never call Hasmig, but I will definitely never throw away Loucig’s note.

As we prepared to leave, Loucig offered to make us dolma if we could visit her restaurant again. We were leaving Valencia in a few days so it was hard to commit to another visit.

She needed time to prepare the dolma and we were trying to work out how to contact her if we could make it back. It all became too hard.

Aram Margarian is an amateur writer who writes mainly about sport but occasionally branches out into other areas. He is as proud to be Armenian as he is to be Australian. He has discovered that shaving before catching a flight in the US still makes him the randomly searched guy 100% of the time. He drinks lattes and rants as @LordAram on Twitter.