By Liana Aghajanian February 16, 2013 in Diaspora

When Aramazt Kalayjian walked into the Schoenberg Library of African American studies in Harlem he didn’t expect that a chance visit would lead him halfway across the world to East Africa. Now, the emerging Armenian-American filmmaker from New York has poured his time, effort as well as his heart and soul in documenting a very rich, but often overlooked segment of the Armenian diaspora: the Ethiopian Armenians, and the deep legacy they’ve left on Ethiopia’s cultural and musical scene since the days 40 Armenian orphans were adopted by Emperor Hail Selassie in the 1920s to serve as part of the first imperial orchestra of Ethiopia.

Kalayjian’s debut film “Tezeta,” is currently in the middle of raising its second round of funds to complete the unprecedented documentary and start post-production in Yerevan. As Kalayjian prepares to go back to Ethiopia for more filming, he spoke with Ianyan about his experiences working on the the project, the importance of documenting a community striving to maintain its presence and also how delicious Ethiopian coffee is. 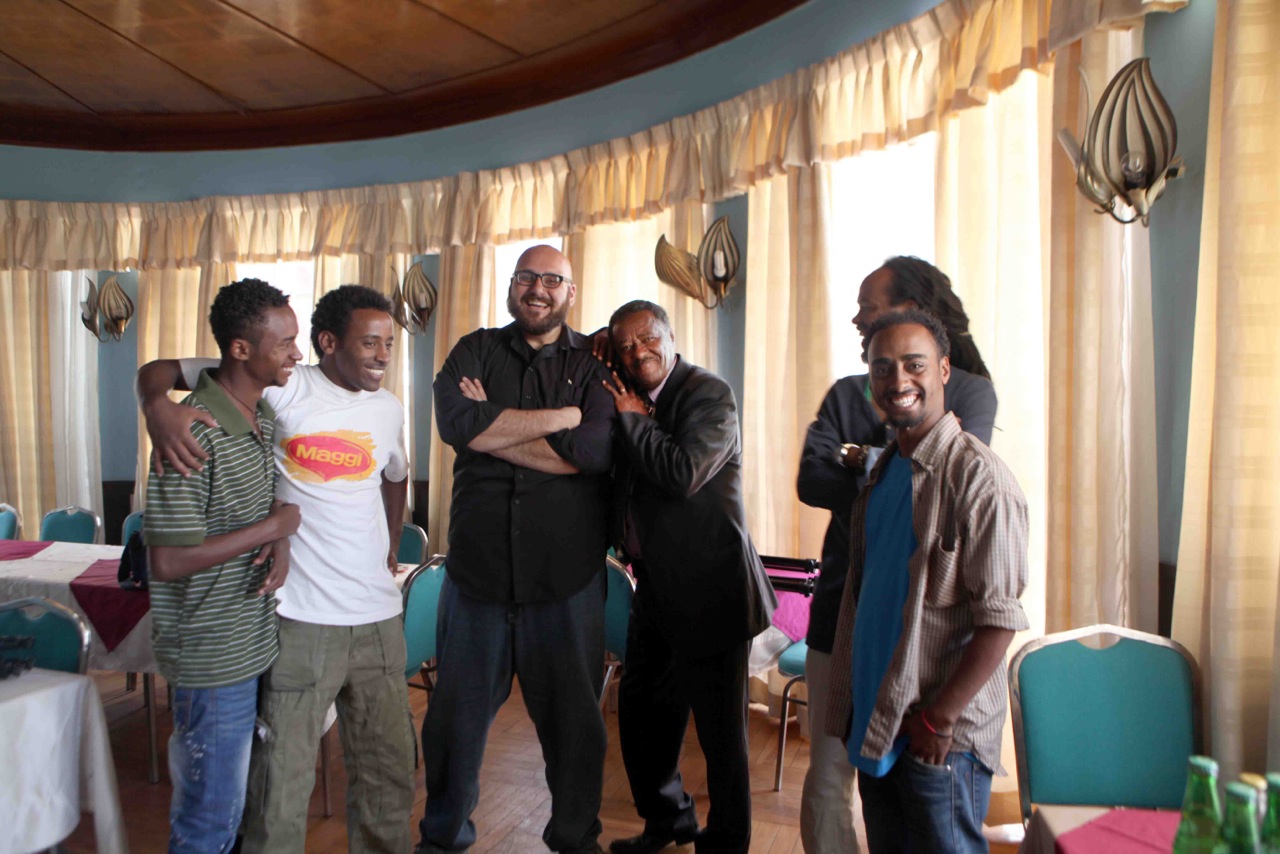 Q. How did you go about setting out for Ethiopia to document the Ethiopian-Armenian community?

I started writing and doing research. What convinced me though is knowing that there was an Armenian dude that helped to create this really awesome big jazz sound in Ethiopia. Nerses Nalbandian worked at Addis Ababa University Glee Club, Police Academy Band, Imperial Bodyguard Band, was music director at Hager Feker Theater and the National Theater (which was Haile Selassie Theater at the time).  He taught music for almost the entirety of his life in Ethiopia until his death, he was a tireless worker and not only taught many Ethiopians but Armenians as well.  When speaking about Ethiopian music, I’ve been corrected by several people not to call it jazz.  It’s Ethiopian music that sounds jazzy, the distinction being that there was never an idea of ‘jazz’ in Ethiopia per se, it was a natural progression of creating lively music with large brass orchestras and receiving influence from Western music. just thought I would add that. I knew there was something there, something for me to show, some story for me to tell.

Q. What was it like once you were in Ethiopia, conducting your interviews with the Ethiopian-Armenian community?

A. People were very open to speaking, they wanted to express their concepts and memories. My first crow-funding campaign enabled me to do something that few documentary filmmakers had done with the community in Addis Ababa. In the two months that I spent there I interviewed 35 members of the community , 10 famous Ethiopian musicians/singers who were directly influence by an Armenian who taught orchestral music and arranged many pieces in Ethiopia, two members of Ethiopian Orthodox clergy that spoke about the religious connection and two researchers, one who is a specialist on Ethiopian Armenian history. After learning the story I knew that the music was the source of what would gain the interest of a broad, international audience. Not to mention haunting and addictive and jazzy and funky the music is. I felt that it would be the best way to have a conduit for the Armenian story.

Q. Can you explain what the title of the film, “Tezeta,” means? 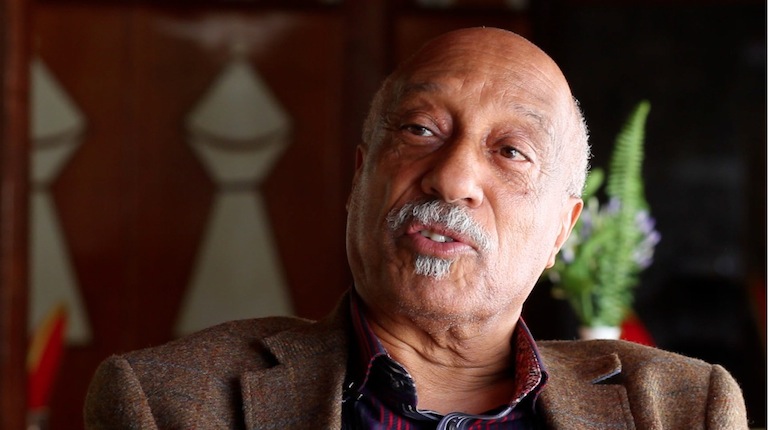 Q. What has the response been of people who have learned about this project?

A. People have expressed intrigue, its tough as a first time filmmaker to get the real enthusiasm to the people just because they don’t know what you’re capable of, and I know what I’m capable of but I have to show you first. It’s been really encouraging, its been really uplifting. We raised $10,000 in 22 days, and that now the current fundraiser we have, the scope has grown, I really want to make a professional production out of this, so it has the possibility to reach an international audience and not just become simply an Armenian story. It’s cross cultural, bi-racial and it’s musical and jazzy.

A. The macchiato is amazing, the coffee is awesome there. To be honest, the most inspiring place I’ve been to is the church, and I’m not saying this because I’m a church goer, when I was in Ethiopia, I went every Sunday, the reason is the family of Nercess Nalbandian, are the family who keep the church open. So the guy who leads it, is a deacon, he is the son of Nalbandian, he has the music in him, the granddaughter sings and so does the deacon’s wife and its an opera and it was almost just for me, so there’s only seven people who go to church on a regular basis that go to church every Sunday. 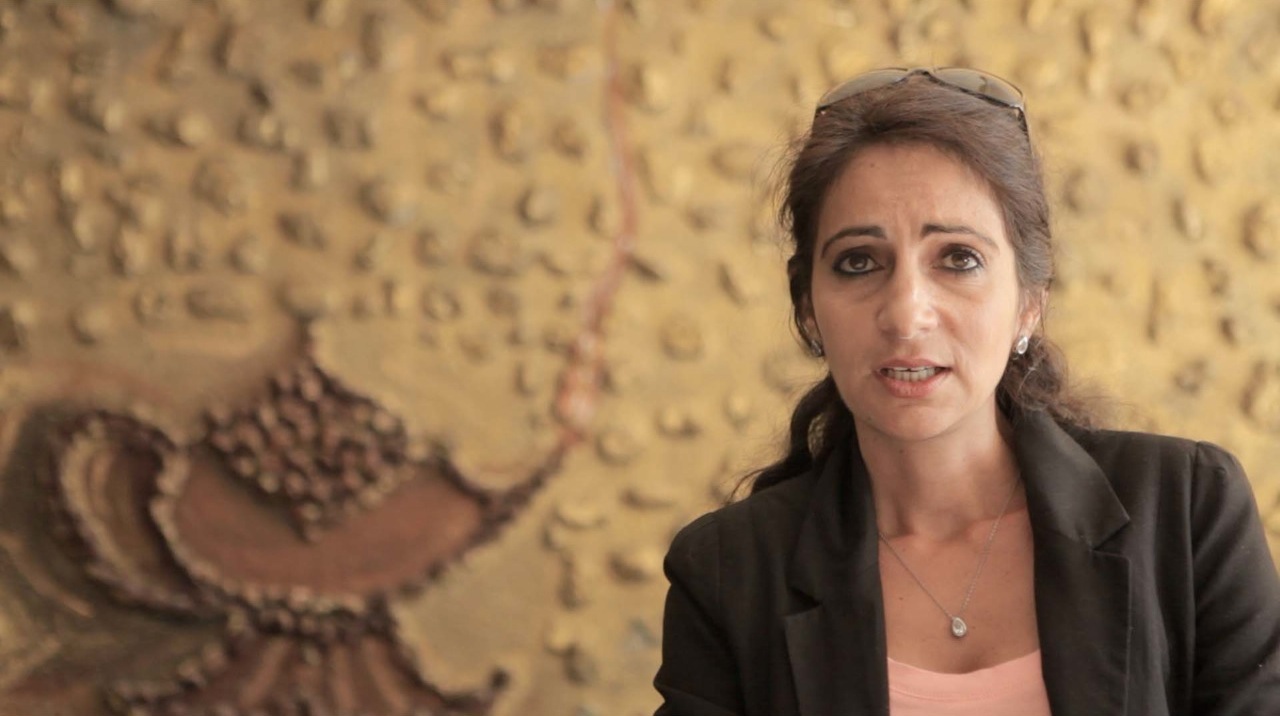 Q. What is the second phase of the “Tezeta” fundraising for?

A. This next crowd-fundraiser is to complete our production. It will help enable us to travel to locations where Armenians have lived around Ethiopia relevant to the story, to have our interviews translated and transcribed, which is huge work because some of our interviews are in Amharic, will give us the opportunity to have image stabilizing equipment to help steady our shots, rent better sound equipment to have professional audio and help get us government permits to have the ability to film in different cities in Ethiopia.

Q. What do you hope people take away from “Tezeta?”

A. I hope people see that we as a global society have a unique occurrences, these subtle and sometimes undiscovered cultural romances that occur, that they walk away feeling like they want to know more, that they’ve been inspired to know more. The cultures within your city or different countries and really I would like it to lead towards an international organization that is centered in Armenia that will help connect it with diasporan communities specifically, not just in terms of livelihood but just in culture, creating programs in youth here to take part, to learn by experiencing.

Check out TEZETA [The Ethiopian Armenians]: Long Trailer from Aramazt Kalayjian below and visit the fundraising page on Indiegogo in order to contribute.