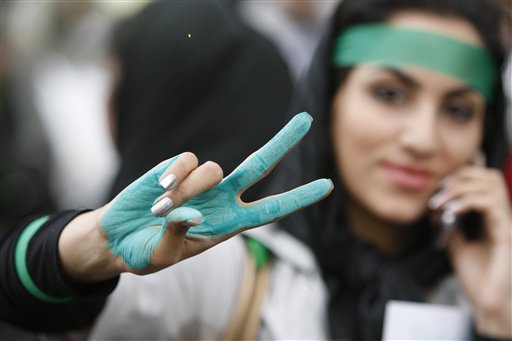 In perhaps the most extraordinary show of the power of social media and the importance of journalism, sites like Facebook, Flickr and mostly Twitter have come front and center during the turmoil and unrest following the recent election in Iran between current president Mahmoud Ahmadinejad and reformist candidate Mir-Houssein Mousavi. Microblogging site Twitter has become such an instrumental tool in aiding the flow of information from inside Iran, that after the overwhelming response by users and a request by the U.S state department to postpone a June 15 90-minute maintenance session which would have resulted in downtime, Twitter moved its scheduled time to today and shortened it by 30 minutes. Indeed, the situation in Iran could have finally caused the world to not only see the value of new media, but realize just how significant and necessary a free press and the practice of journalism is. As protests took place inside Iran, many participated in rallies in Germany, Norway, France, Kuwait, the U.S-most notably in Los Angeles and New York City and even Armenia, where students protested outside the Iranian Embassy in Yerevan.

To find the most recent information on the situation in Iran, visit the Iran Unrest Twazzup page. The Huffington Post, The New York Times Lede blog, as well as Andrew Sullivan at The Atlantic have outstanding coverage of the unfolding events.

Best Twitter follows for up to date information on Iran Election 2009: