By Liana Aghajanian July 19, 2011 in Caucasus, The Melting Pot

Tucked away behind Tbilisi’s main Rustaveli Avenue, overlooking a pistachio colored river is the Dry Bridge Market, a step into the labyrinth of history boiling beneath the region known as the South Caucasus. Here, Georgians, Armenians and Azeri sellers laugh together, eat together and spread their collected goods side by side for locals who browse through antique silverware and tourists wanting a piece of a Soviet-era that might be gone, but not forgotten.

A weekend-only attraction, the market provides a fabulous stroll for the vintage aficionado, peppered with interesting characters who enthusiastically speak to you along the way. Whether you understand Georgian, Russian, Armenian and Azeri or not, you’re bound to have an afternoon full of pleasant surprises that will do much to shatter misconceptions and stereotypes about the fascinating and at times tragic culture and history of the region.

Soviet-era medals and badges, many from the 1980 Olympics in Moscow can be found at a majority of the stalls 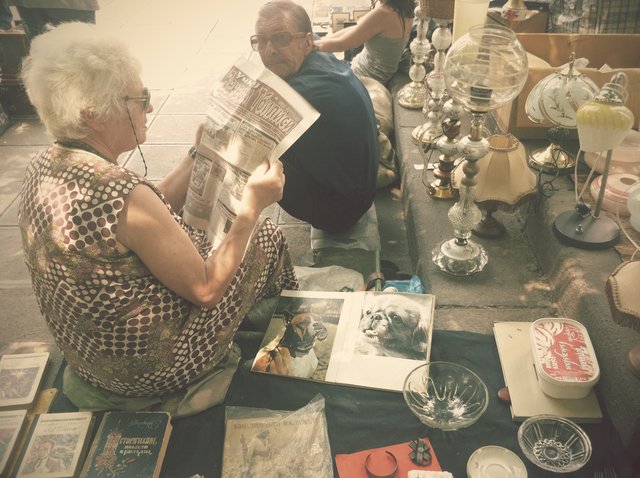 Pensioners pass time at the market with some good reading material 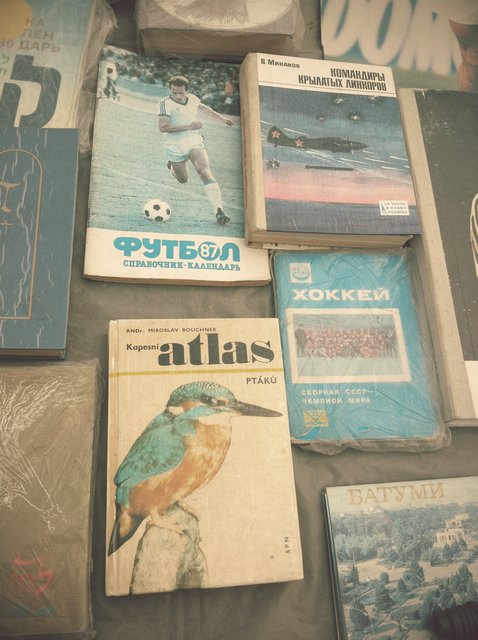 This 1970s travel guide from Russian travel agency Intourist calls the Caucasus the most multinational area of the Soviet Union where "people of more than 50 nationalities" including Armenians and Azerbaijanis "live and work there as a closely-knit family." 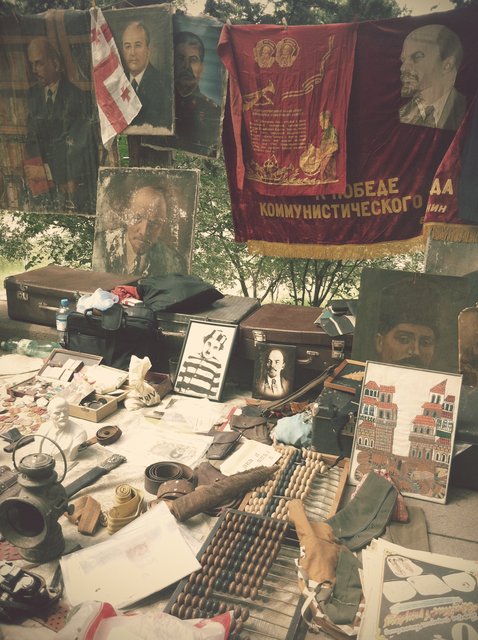 Your one-stop-shop for everything USSR

Material for the avid fisherman 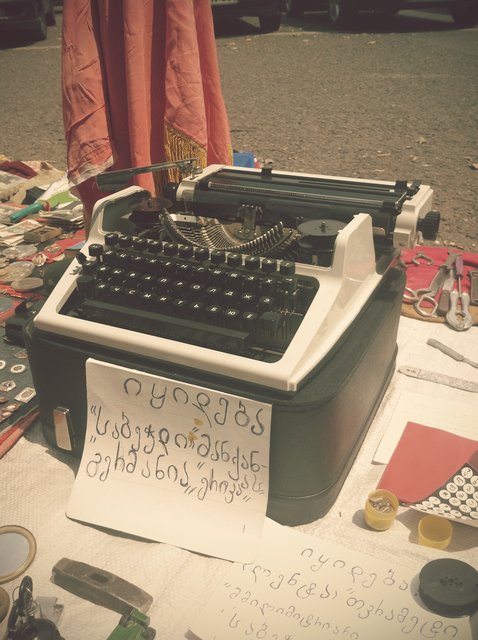 The typewriter, a familiar site for any flea market 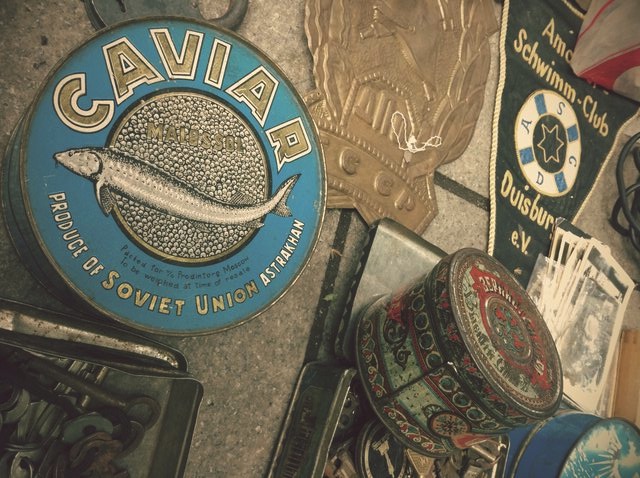 Caviar from Astrahkahn, a city in Southern Russia, said to have been conquered by Ivan the Terrible

Regional dolls collide with the characters from Western animation 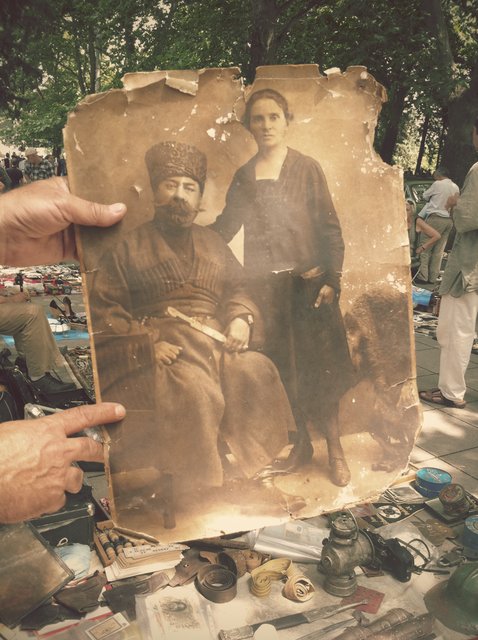 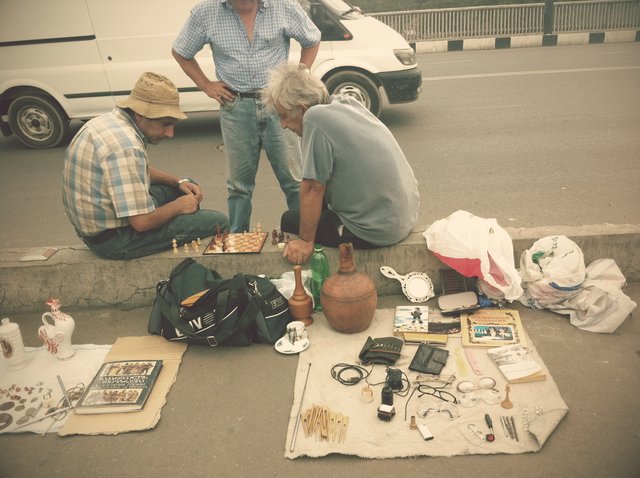 The Street Shoe Project: Stops in Vanadzor and Tbilisi