By Contributor October 12, 2010 in Arts & Entertainment 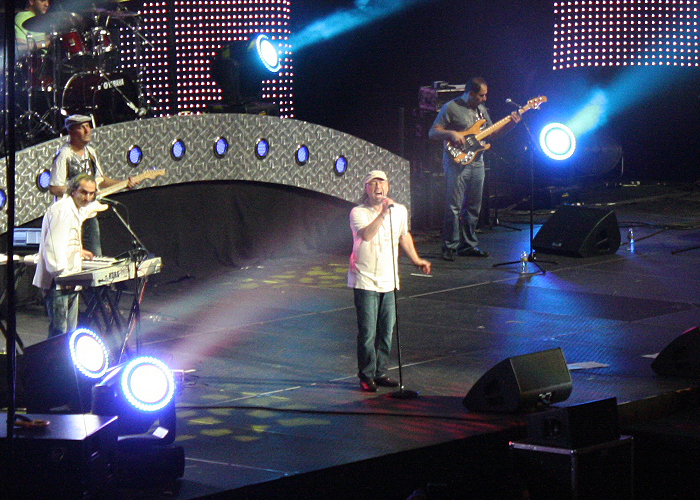 Around 13,000 Armenians crowded into Staples Center Sunday night (epically dated 10-10-10) to watch beloved Armenian pop star and sometimes national treasure Tata Simonyan belt out popular hits such as “Tesel Em,” “Tsaghigner” and “Hollywood” in an event that can only described with one appropriate word: kef.

Joined by Russian girl group Reflex, Georgian-born Russian singer Soso Pavliashvili and Armenia’s 2010 Eurovision representative Eva Rivas, Simonyan sang to an enthusiastic crowd with enough gold, glitter and designer threads on to rival a European shopping outlet full of Ed Hardy, Affliction and Christian Louboutin who regularly could be seen dancing in the aisles, clapping and singing along.

Tata, who took time between each song and set to address the crowd made clear from the start what his goal was for the night.

“We want all of Los Angeles to know, that today, there’s no basketball here,” he said. “there’s an Armenian concert” with the audience going wild. 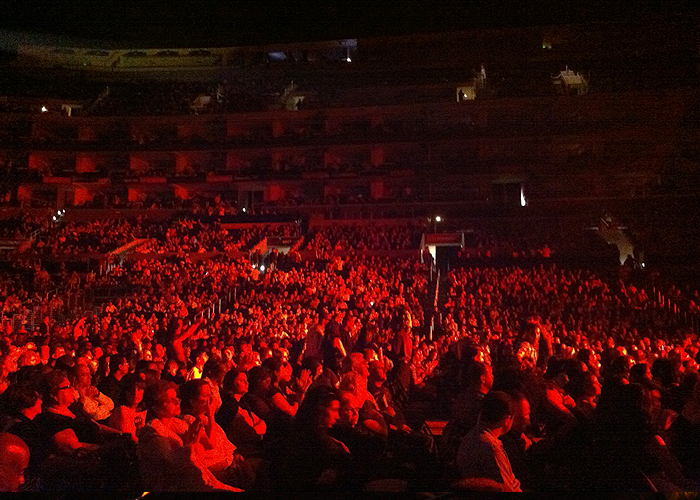 Thousands showed up to watch Tata Simonyan at Staples Center, which generally holds around 18,000 people/ ©ianyanmag

In between singing favorites, Simonyan also had some politically charged chats with his audience, telling the Diaspora that although he sees them in Yerevan as tourists often, it’s just not enough. He also dedicated a song to the Armenian armed forces, perhaps in light of several recent incidents of abuse and suicides that local Armenian media and bloggers have reported on. Before another song, he made sure to tell the crowd about the importance of education and urged kids to stay in school.

In his trade mark cap and pony tail and with three t-shirt changes, Simonyan introduced each one of his guests, asking the audience to give them extra applause when they exited the stage.

Simonyan performed “Anapati Arev” with Reflex’s Irina Nelson as well as Sayat Nova with Rivas, who commented on how much she liked Los Angeles.

“Oh my God, I am in L.A. for the first time,” she said. “This is a gorgeous place,” before singing “Apricot Stone,” which placed seventh in the Eurovision finals in May. 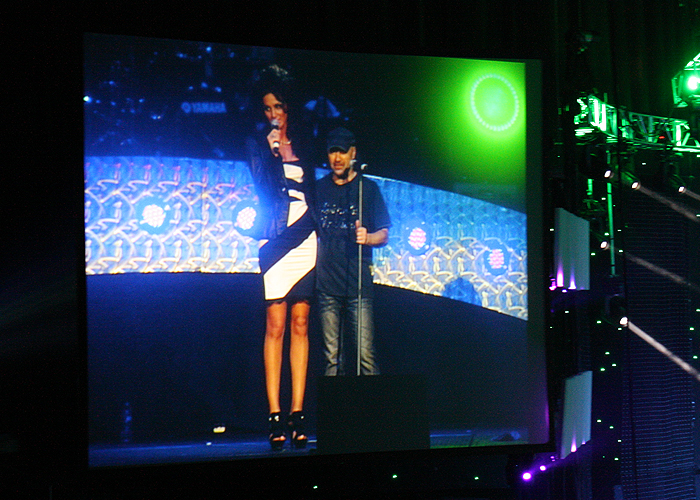 Eva Rivas stands next to Tata Simonyan during a duet/ ©ianyanmag

While introducing Pavliashvili, Simonyan jokingly said, that while he was not Armenian, he was normal.

While the crowd’s reaction to Pavliashvili was positive during his short set, with some greeting him with the same dancing as Simonyan, it appeared that he did hadn’t prepared fully for his duet with Simonyan, during which he read off a paper while singing on stage.

Simonyan not only interacted with his special guests, but asked the audience to participate as well, asking his keyboardist to tell organizers in English to “turn off the lights, please” and then telling the audience to  use the flash on their cameras on his count of three to illuminate the venue.

As the night began to wind down, the “tsavet danem”(an Armenian term of endearment literally meaning “let me take your pain away”) count started to rise. With crowds chanting “one more song” when Simonyan announced he had to leave, it was clear that the love he had for his audience was mutual.

Tata Simonyan, in one of his many outfit changes addresses the crowd/ ©ianyanmag

We caught up with a few concert attendees to hear why they came to see Simonyan and what kind of night they had, as well as had a short chat with Eva Rivas – check out our videos below.