By Contributor October 6, 2010 in Armenia, Society 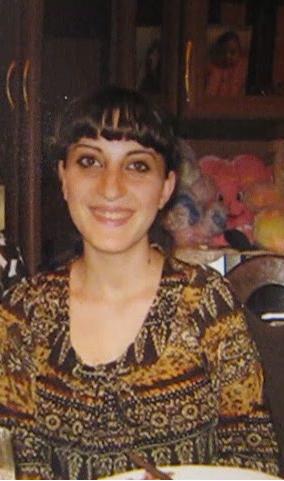 Zaruhi Petrosyan was beaten to death by her husband according to her family/Image obtained by News.am

Zaruhi Petrosyan, a 20-year-old mother of two was beaten to death by her husband and mother-in-law over attempts to extort money from her and her family. In a video shot by News.am reporter Gagik Shamshyan, Petrosyan’s mother and sister, Hasmik Petrosyan,  can be seen recounting the excruciating tale of violence Zaruhi experienced in the months and years before her death on Oct.1.

“My sister was constantly beaten to the point that many times, with her nose and mouth full of blood, she would faint and fall on the floor,” Hasmik said in Armenian, adding that after she got married, her sister came to her house with her back covered completely in bruises, wounds received at the hands of her mother-in-law.

According to Petrosyan’s family, she received the beatings as threats to follow through with her husband and mother-in-laws demands to ask for money from her relatives. Her mother-in-law beat her while she was pregnant, Hasmik said.

The family appealed to law enforcement two times, even with a written notice stating that if the beatings continued, it would result in criminal action, but they said nothing was done.

“They all closed their eyes,” Petrosyan’s mother said. According to Hasmik,  many neighbors gave witness statements about the abuse to law enforcement, but were told that it wasn’t important. When Hasmik tried to tell them that she was beaten during pregnancy and would often fall unconscious and bloody, she received the same response: it’s not important.

“If that’s not important, than what is?” Hasmik said.

Petrosyan’s mother said that the circumstances of her death – including the fact that were fingers were broken so she could not call for help and that her body was covered in bruises were not noted by law enforcement.

“They didn’t write anything, they closed their eyes,” she said.

Petrosyan’s case, while unique by the fact that her family has spoken publicly about her ordeal, is common.  Over a quarter of women in Armenia are said to have been hit by a family member, yet authorities failed to prevent, investigate and punish violence against women, according to a 2009 Amnesty International Report.

In an interview conducted by  The Advocates for Human Rights on a  report about Domestic Violence in Armenia, an Armenian woman recounted a similar experience:

I married the first man who asked me even though I did not love him because I wanted to prove that I was normal. . . . I obeyed my husband and followed all of the rules. His mother told me to wash his feet and I did. I gave him my body and my time and he still wanted my soul. He tried to control me and crush my spirit. He wanted me to work in a kindergarten instead of the job for which I was trained. He beat me because I would not obey. The violence escalated and he began beating me for any reason: because my cousin kissed me, because I made his friends happy at a party or because a party went well. He became very
jealous and possessive.

Finally I had had enough. When my daughter was two months old, I told my husband I was leaving him. He laughed at me. Then he locked me in a roomwith my baby. He stayed home from work so I could not get away. After a month, he had to go back to work so he asked his mother and sister to guard me. One morning, he accidentally left the door unlocked and I escaped. I went to my grandmother’s house. When I got there, I could not pick up a cup of tea and realized that my arm had been broken. My husband came to the house to get me and beat my grandmother when she would not let him in. He would not agree to get a divorce so I had to go through a complicated legal procedure to leave him.

With a 10-year gap between the Advocates for Human Rights Report and the 2009 Amnesty International Report, domestic violence is still largely prevalent in Armenia. While Armenia’s domestic violence problems aren’t unique (a  report by the Johns Hopkins University School of Public Health called “Ending Violence Against Women,” stated that domestic violence  has been found to be a serious problem in every country where it has been studied), there are legislative, cultural and social barriers that deepen the problem.

For starters, Armenia does not have any specific laws again domestic violence in its Criminal Code. Articles 117 (Infliction of willful light to damage to health), 118 (Battery) and 119 (Torture) – all punishable with prison terms, are the only statutes that come close.

The Armenian legal system does not take into account that domestic violence is different from other types of assault. It happens within the family, and it often involves not one serious injury, but a pattern of repeated injuries, which may also be psychological.

The social stigma and shame associated with getting a divorce and the little assistance offered to divorced women are also factors.

“Women still only with great caution talk about this theme. They not only avoid it, but deny it, and in some cases think it is justified,” said Jina Sargizova, United Nations Public Fund “Combating Gender Based Violence in the South Caucasus” program director  in an Institute for War & Peace Reporting article by journalist Gayane Abrahamyan.

The main reason why women cannot put an end to this situation and get a divorce is shame. Financial dependence is also an important factor, but shame remains in first place.

There has been some progress however. The article, written in April 2010, focused on the idea that Armenian society is open to progress and that the issue of domestic violence is being debated in Armenia.

Watch the video of Petrosyan’s relatives speaking out about the violence that led to her death with News.am. The Women’s Resource Center of Armenia, who posted the video on their Facebook group page urged those interested in action against domestic violence and justice against Petrosyan’s case to call the center.