Chants of “Allah O Akbar!” from the rooftops, protesters filling the streets in silence with tape covering their mouths, those hungry for change enveloped in a sea of green wrist bands, finger paint and signs – these are the most poignant images and sounds to come out of Iran in the past week, where tainted elections have given way to millions of people asking a simple question, “Where is my vote?”

Those that have rallied and protested in deafening silence and loud cries for justice came not only in the form of young and old, but in male and female – in a country where women’s rights have continually taken a beating. It was perhaps a sort of climax to the bustling social movement in favor of doing away with ideals that recognized women merely as second-class citizens.

Women make up more than half of incoming classes at universities around the country and have begun to participate in organizing change, including The Campaign for One Million Signatures that is a petition to collect one million signatures from people that want authorities to give women equal treatment in matters of marriage, divorce, adultery and polygamy. The road to one million in Iran however, has been difficult – with 47 members having been jailed so far and charged with trying to overthrow the government and continuous blocks of their website. 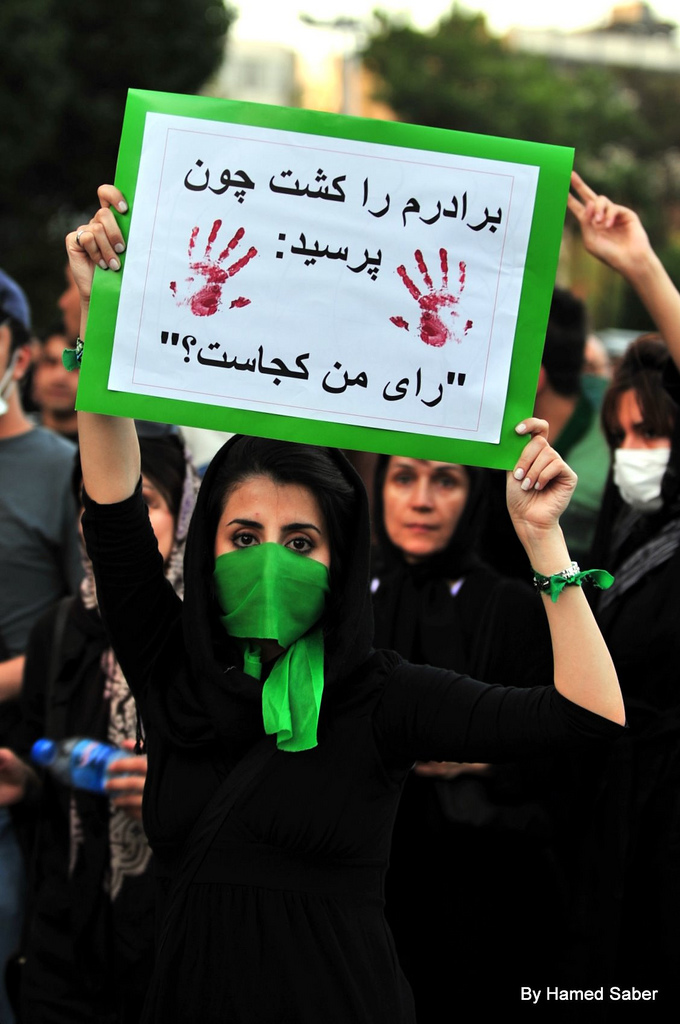 CNN also recently reported on the struggles women have faced in the past and present, adding that current president Mahmoud Ahmadinejad contributed to the difficulties.

He mandated the way women dress and even censored Web sites that dealt with women’s health, journalist and author of “Lipstick Jihad,” Azadeh Moaveni said. A woman would be hard-pressed to conduct a Google search for something as simple as breast cancer.

Reformist candidate and once prime minister, Mir-Hossein Mousavi hoped to change all this and vowed to review laws concerning the discrimination of women in Iran, pledging his support for those who campaign for women’s rights. Mousavi’s wife, Zahra Rahnavard, a political scientist and artist who once served as the chancellor of Alzahara University in Tehran and as political adviser to former president Mohammad Khatami, has been just as outspoken.

“We should prepare the ground for an Iran where women are treated without discrimination,” the AFP news agency reported her as saying at a Mousavi rally in late May 2009.

Others too have spoken out in favor of the brewing movement for equality for women.

“This generation is a lot smarter. The broader social movement is far more sympathetic to the cause of women than in the late 1970s,” Iranian-American journalist Roya Hakakian told ForbesWoman. Thirty years later, Iranian men now realize that their fate is entwined with that of their female counterparts: If women are doing better, then men will do better too. 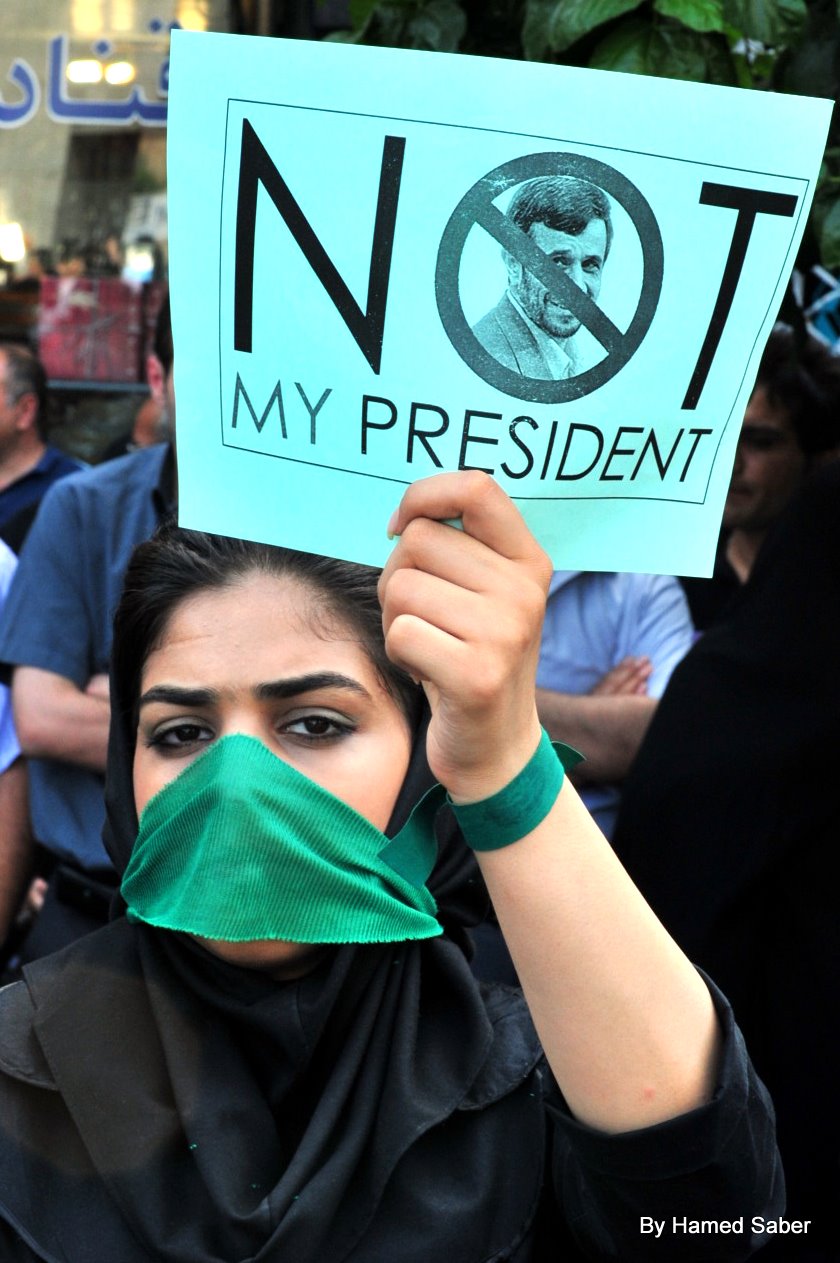 The outpouring of support for the women of Iran hasn’t just come through presidential candidates, scholars and authors, but through voices from all over the world who admire their tenacity and passion in the face of adversity, especially on microblogging site Twitter – which has served as a catapult of breaking news and first-hand accounts. 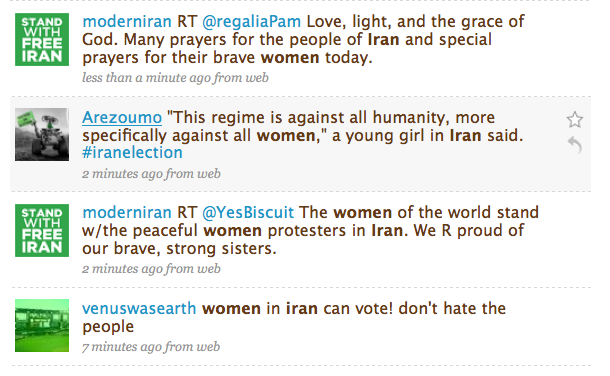 For many, being Iranian or Lebanese or Syrian or even British and American are as much a part of an overall identity as being Armenian.There was always a large part of history that I felt had changed my destiny, yet I knew so little about it personally. Hearing stories from my parents and from the larger Iranian diaspora were effective in many ways, but the apathy remained at times. Living in Los Angeles, or any other major metropolitan American city disconnects you from a world where going to school was impossible and hearing bomb alerts all night kept you up in the basement until dawn broke.

But then you wake up to reports of militia men destroying dorm rooms in universities, and stomach churning videos of people being beaten on the street and shot at, and you’re in the moment – that’s when things start to change.

When reflecting on the events I’ve witnessed through the eyes and ears of Iran’s citizens, it’s astonishing to realize that had the 1979 Iranian Revolution not occurred and changed the entire course of my life, I would be in Iran today, seeing it all through my own eyes.

After reading first-hand accounts, combing through awe inspiring photos, many of which I’ve included here, something tells me I would be standing side by side with these brave women. 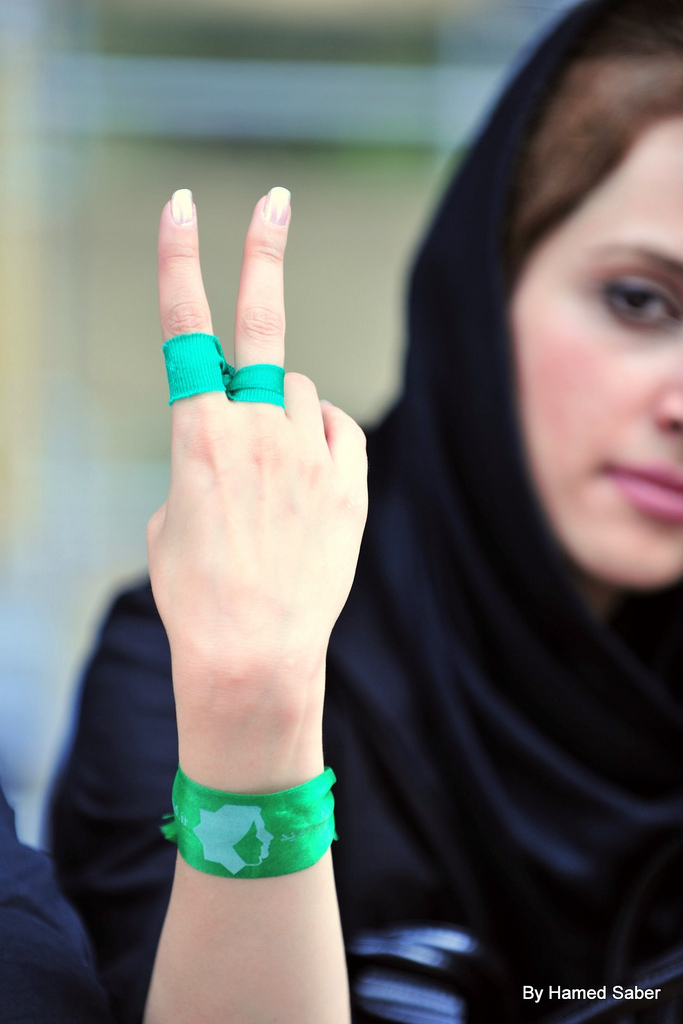 At the beginning I thought this was going to be a fight between the lower class and the middle class. What I saw on Monday changed my mind completely. I saw many women, young and old, covered head-to-toe in black chadors shouting and chanting among the demonstrators and joining the young girls who were sitting on the ground in the middle of the street to stop the Basij militia from walking inside the crowd.

That image will never be wiped away from my mind. The women on the front line with their loose colorful scarves had opened their arms, ready to be killed, while others were beaten by the Basij on the side of the road. – first-hand account, Negin, WSJ