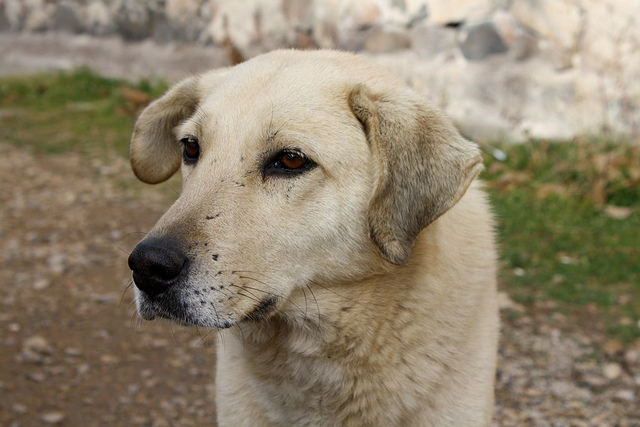 Last week, we ran a story about the street dog situation in Armenia (See: Saving the Street Dogs of Armenia) and how a dedicated group of activists are trying their best to save the animals from being killed in order to clear the streets. The country has no established spay and neuter program, and while dogs on the street are routinely shot, pure bred dogs are imported and sold for hundreds of dollars. Here’s a short visual look into the street dogs of Armenia, with some commentary from those who have had experience with the situation.

“I carried dog food and cat food in my purse, because I would easily see at least a dozen dogs a day,” says Annie Emirzian Ash, a Los Angeles native who lives in Armenia. “People kind of look at me funny when I do try to interact with the dogs, like I’m someone trying to interact with a raccoon or a rat.” Ash says she was told in a pet store that if she wanted any specific breed of dog, it could be ordered for her.

“I can say that Armenia is not the only developing country where feral dogs run rampant, It’s the case in a lot of places, and Armenia is not different,” says Haig Balian, who is originally from Canada but now lives and works in Armenia.

I think in the country where animals are being treated like this has no future, everything is connected,” says Ovsanna Hovsepyan, an animal rights activist and filmmaker in Armenia.

Most of the Armenian children are very frightened of dogs, they don’t play with the dogs, they are cruel with the dogs,” says Elsik Ghezlashori, chief executive of Pro Paws Charity, a non-profit organization who is working to alleviate the street dog problem in Armenia by establishing a sterilization program and educate the public about animals.