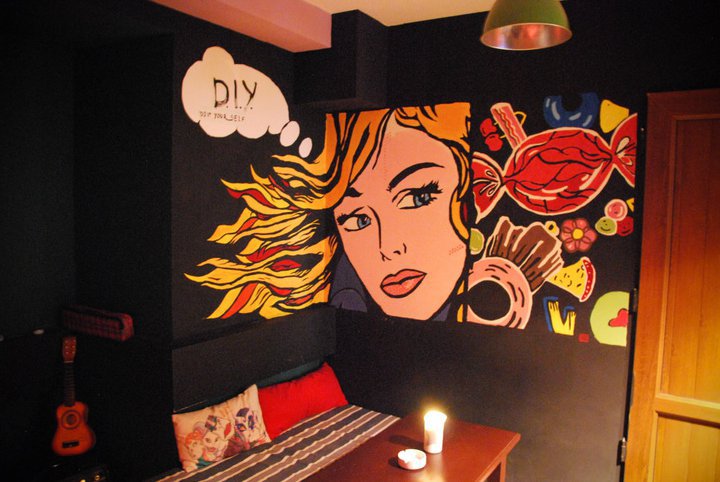 Update, 12 p.m: Suspects have been caught, sources say. Details will be added as the story develops.

DIY, a popular bar in Yerevan was set on fire today when arson suspects threw a bomb in its entrance, burning down the front half of the establishment in the attack. 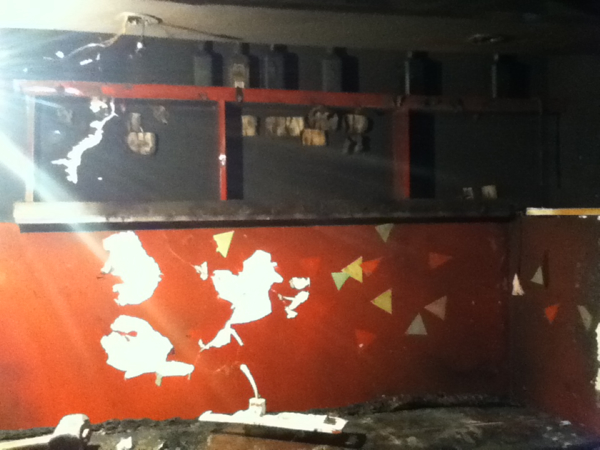 Closed circuit security cameras caught the two alleged suspects, who were male. Motives for the attack, which occurred at around 5:30 a.m., are currently unknown, though sources speculate it is a hate crime for nationalist fascist, possibly tied to an organized group.

DIY bar sustained heavy damage to its front half, where the bar was located. An air conditioner was completely melted, with the only thing that ironically stayed in tacked being a bottle of Kilikia beer, sources said. Though the fire was put out, police took around 12 hours to arrive at the scene, a move that is being criticized by supporters. 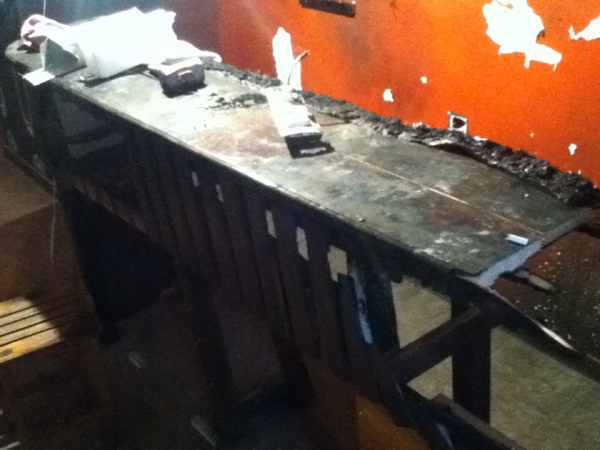 Supporters have been gathering at the bar for the majority of the day, making posters with slogans such as “Your bombs don’t affect us,” DIY – no to fascism” and “I am DIY. Other bar owners in the area have dropped by to share their condolences. Messages of support were also left on the group’s Facebook page. Boxes to collect funds in order to start rebuilding are also being distributed. The bar did not have insurance. 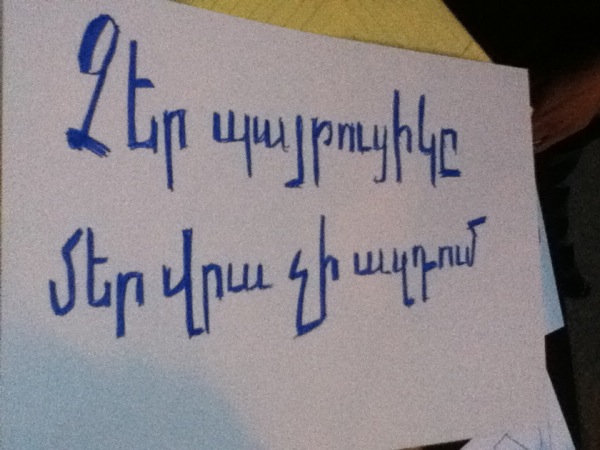 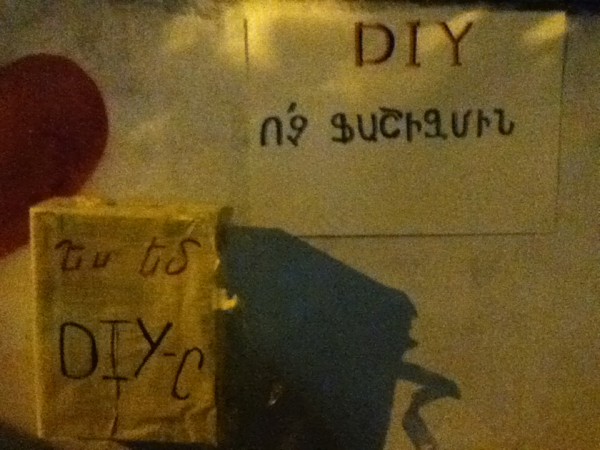 Located in downtown on Parpetsi street was opened in 2011 and quickly earned a reputation as a bar for alternative thinkers. The attack on the bar hasn’t been the first. It escalated from verbal abuse to breaking glass, before today’s attack.

Local NGOs are planning a press release about the incident, which is not immediately available. More photos below: 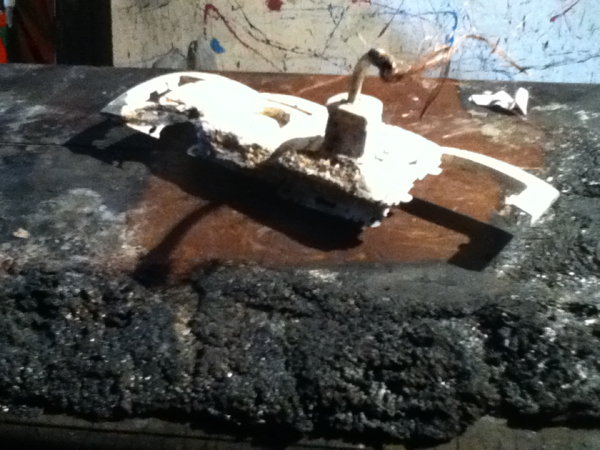 Civilnet spoke to bar owners briefly after the attack: