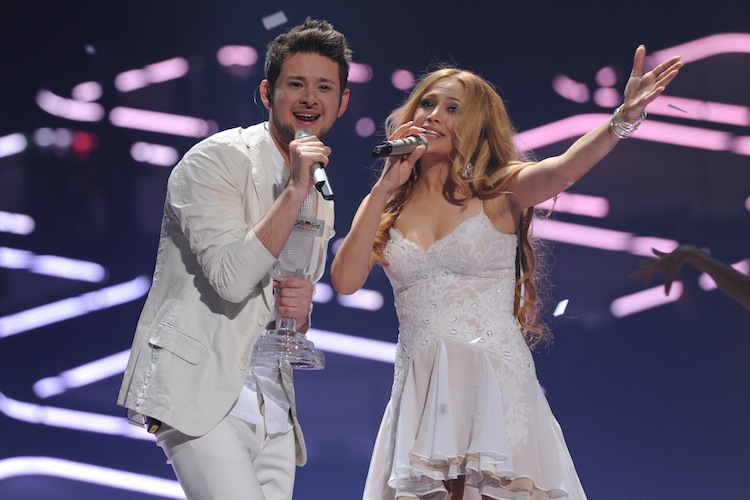 Eurovision is finally coming to the South Caucasus.

After an exhausting three hour final, where 25 countries competed to win the hearts of the voting public from England to Ukraine and every country in between, Azerbaijan took home the 2011 Eurovision Song Contest title, followed by Italy and Sweden who came in second and third, respectively.

The largest country in the Caucasus region of  Eurasia won the competition with “Running Scared,” a melodic power ballad sung by Azeri music duo Eldar & Nigar, better known as Ell and Nik, and shot to the top of the leader board with 221 points. Written by Swedish songwriters Stefan Örn, Sandra Bjurman and Iain Farguhanson, who coincidentally penned Azerbaijan’s 2010 entry, “Drip Drop,” “Running Scared” was an early favorite to win and even reached the music charts in Russia and Slovakia.

Vocally, the duo’s performance didn’t add up to their presentation at the first semi-final on May 10, but clearly it didn’t matter. Even Eldar knew they were a shoe-in. “From the first day I believed we would get it, that we would win,” he said in a press conference following the final.

“A few months ago I was a housewife but now I am the winner of the Eurovision Song Contest,” Nigar said. “It is my biggest dream.”

The duo are celebrating their win in Düsseldorf, and no doubt will be hailed when they return to Azerbaijan in the coming days, but for Armenia, who was sent home with Emmy’s “Boom Boom” during the first semi-final,  the 2012 Eurovision Song Contest presents a conundrum if there ever was one.

The neighboring countries have no formal relations since 1994, due to the longest-running conflict in the former Soviet Union, the Nagorno-Karabakh war. The seven year entanglement  saw an estimated 25,000 killed soldiers and civilians and one million people displaced, according to Human Rights Watch.

Plans for Armenia to participate in the festivities in Azerbaijan will be difficult, as Armenians citizens as well as those from other countries who are of Armenian descent are forbidden entry into the country, especially if passports show any evidence of travel to Nagorno-Karabakh. Even the U.S. Department of State travel site warns against it:

“U.S. citizens of Armenian ancestry—you should know your visa applications may be denied by the Government of Azerbaijan on the grounds that your safety cannot be guaranteed,” it says, also adding, “U.S. citizens of Armenian ancestry considering travel to Azerbaijan–you should remain particularly vigilant when visiting the country, as the Government of Azerbaijan has claimed that it is unable to guarantee your safety.”

Perhaps the the presence of the best of the worst (and sometimes worst of the worst) pop music Europe has to offer might start a thaw in relations and hasten diplomacy and dialogue between the two countries. After all, “music has no borders” answered Eldar and Nigar during the press conference.

“We want to bring Europe together with our song,” added Eldar. 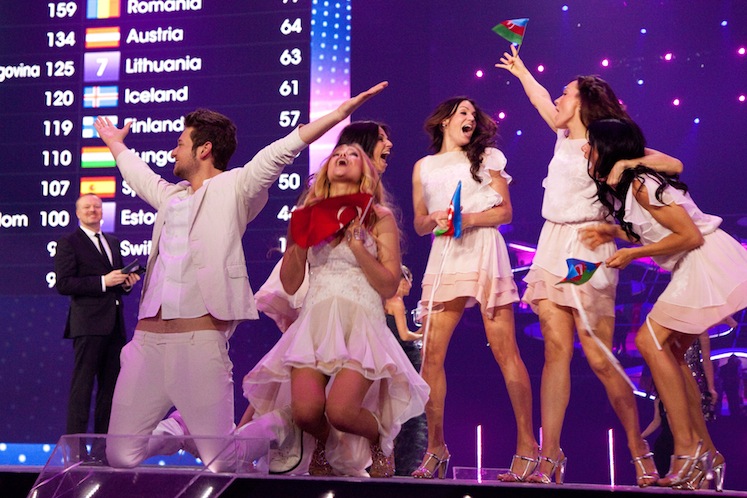 See you next year, in Baku perhaps?

Watch Azerbaijan at the 2011 Eurovision Song Contest final below: