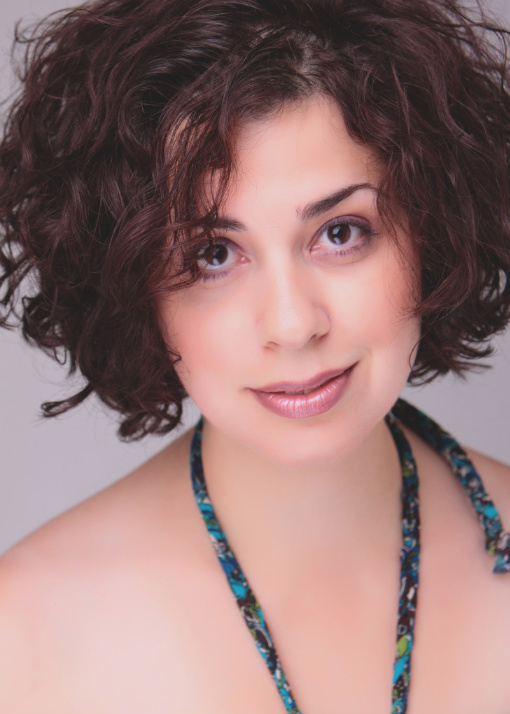 The music industry has evolved so dramatically over the last few decades that everything – from back up singers to digital voice enhancement – enables anyone from squeaky clean Disney stars to A-list celebrities to prove their vocal worth to the world.

While voices get altered, replaced and even lost in their background music, there are those like Mariam Matossian, the Armenian-Canadian folk singer whose bare, stripped down voice has charmed audiences in Canada and the U.S. that speak for themselves.

While many Armenian artists frequently incorporate Western  elements into their music, Matossian’s light yet powerful vocals, set against the enchanting melodies of eons old instruments like the oud, duduk and mandolin twist and turn together to form a strong union, giving meaning to the phrase, “less is more.”

“I love the pure sound of the instrument,” says Matossian. “I’m in love with keeping things acoustic.”

But it wasn’t until after she completed her second trip to Armenia which was inspired by the plight of Armenian street children she had seen on her first visit that she began singing professionally.

After receiving a grant from the Canada Council for the Arts, Matossian released her debut CD, “Far from Home,” which featured a diverse range of musicians, including Adam Popowitz on mandolin, guitar and more, Elliot Polsky on the doumbek, djembe and udu, Andre Thibault on oud and bouzouki, Ruben Haroutunian on duduk (one of the oldest double reed instruments in the world dating back to over 3,000 years) and Shannon Rowe on flute.

Although Matossian hadn’t really given much thought about a marketing strategy around her music, her, a close friend took it upon herself to take the CD to Canadian Broadcasting Corporation (CBC) public radio. It was then, according to Matossian that emails began to flood in and interest in her CD, which was filled with modern renditions of ancient Armenian folk songs like “Groong,” and “Mayrigis” rose.

It even earned a spot on Echoes 25 Essential Albums for 2005, a public radio music program heard on stations across the United States.

“Far From Home” is in short, an emotional musical journey that will either bring forward memories of old Armenian tunes your grandmother used to hum, or introduce you to an eye opening vocal landscape that will stay with you even after each track has finished. It will not matter if you don’t understand the words, you don’t need to, as the oud and doumbek support and raise Matossian’s voice to another level.

Matossian, whose grandparents were Armenian Genocide survivors, dedicated her first album to her grandmother, who still inspires her today.

“From a very young age, she was not characterized by negativity and despair, and I know her faith was a big part of that,” Matossian says. “She was just always singing.”

She followed up with “In the Light,” her sophomore effort that was nominated for “Outstanding World Music Album of the Year” at the Western Canadian Music Awards, among others.

With songs like “Patsvaz Vart” (Blossoming Rose) and “Hars Em Knoom” (A Bride’s Song), “In the Light” adding an entirely new dimensional layer onto the folk songs on “Far From Home.” The album also featured original songs with lyrics and music by Matossian, including “Nor Yerk” (New Song) and “Narineh,” which is about a friend’s niece that had recently gone missing in Iraq.

Even though she sings Armenian Folk songs, it’s hard to think of Matossian as just an Armenian singer. In fact, she isn’t. What she is, is a passionate singer whose music speaks universally, transcending gender, race or ethnic background. Most of her audiences aren’t even Armenian. For Matossian, who was raised with different kinds of music, her music is all inclusive. 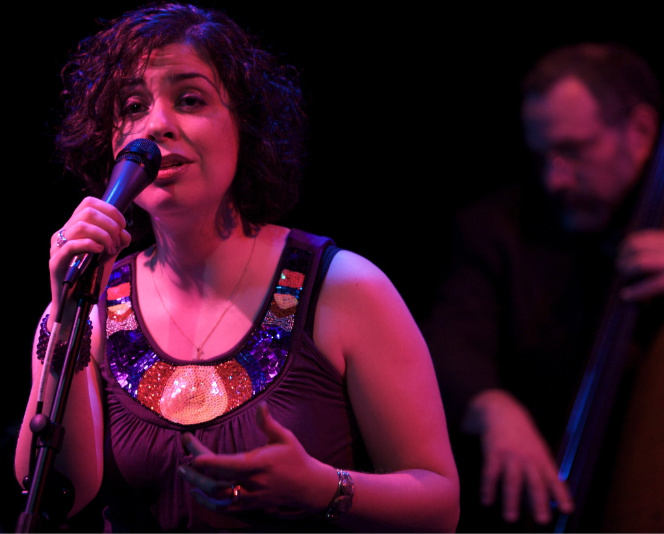 “I love singing for Armenians, but this is bigger,” she says.  “My desire is to open people’s eyes to culture, to the genocide, it’s a whole bigger program.”

With two albums under her belt, and hopes for a third one, it’s clear Matossian thoroughly enjoys what she does.

“When I’m on stage, it’s two hours of bliss for me, It’s pure joy,” she says.  “I thoroughly enjoy the whole process, even with the mournful songs.”

There have been occasions where audience members have expressed the connection they’ve felt with her songs, says Matossian, who also uses her music as a means of educating people about the Armenian Genocide.

“I have a desire to use that change, to say,  ‘look what beauty came out of such horrific events,’ It didn’t end there, the story kept going,” she says. “That is universal.”

Now living in North Carolina with her husband and two daughters, Matossian would like to start working on a new album.

“I would love to collaborate with more and more different artists,” she says. “I love being on stage, to be in a deep connection with the audience, giving them a sense of hope.”

You can hear a sampling of Mariam Matossian’s music here or learn more about her musical process in the video below: