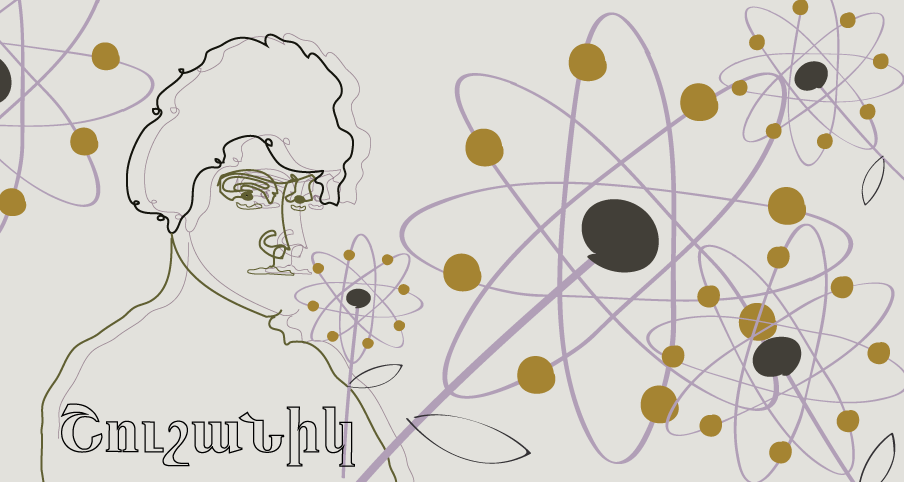 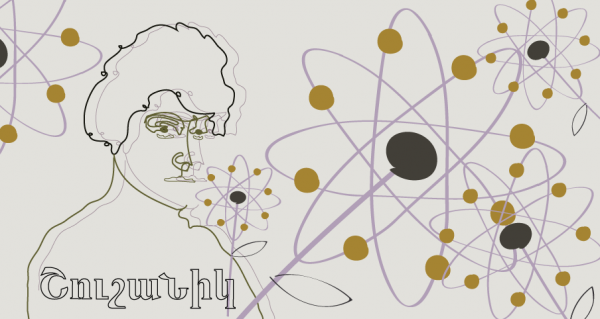 The following is a never-before-published English translation of one of Shushanik Kurghinian’s poems. It is appearing here for the first time, as part of a series written in honor of International Women’s Day and Month, along with a short biography of the poet, both by literary  translator Shushan Avagyan, who is working on her PhD in comparative literature at Illinois State University. She shares her time between the U.S. and Armenia. She is the translator of a “I Want to Live: Poems of Shushanik Kurghinian,” published by AIWA press in 2005.

WE ARE THE ONES COMING—
In our worn out jackets, oil-stained and sooty,
Trampled caps and dirty hair,
Jaundiced, poor, barefoot,
Sometimes pale, sometimes docile,
Sometimes marked with the black stamp
Of hunger and quiet suffering,
Sometimes filled with riotous disdain,
Unruly rage and vengeance!
With the wearisome pain of aging too soon,
Longing for the light and fresh air,
Hopeful for a dignified life,
With deep wounds still raw in our hearts—
WE ARE THE ONES COMING . . !
……………………We, the workers—
Unpaid hands toiling for the bloated stomachs,
Layers of fat, mounds of gold . . !
……………………We, the workers—
Comrades in sorrow and tears,
Half-starved life, prison, and exile . . !
……………………We, the workers—
Twisted in the drive to live and cheaply sold
In the base marketplace of existence . . !
O monstrous leeches,
Vile stranglers of invention, of human life,
You, insensible moles
With your corrupt lust for opulence,
You, shameful gravediggers and
Hangmen of sacred freedom,
You, soul-snatching demons of new hopes,
……………………You, sated bodies!
Impoverished souls!
Perhaps our afflicted faces
Aren’t moving enough for your gentle senses?
For isn’t it true that
……………………You feed yourselves,
……………………You prosper and grow
From every drop of our blood,
Our salty, bitter sweat,
Our endless flood of tears,
Our strong, laboring arms,
Our bent backs, restless souls,
Our terror of unimagined death
Always lurking above our heads . . ?
And disgruntled you throw a few petty crumbs
As payment for our labors,
As if we were humanity’s stepchildren
And you—the fittest wrestlers of enjoyment
……………………And unjust life . . !
YES! WE ARE COMING—
Out of the age-old furnace of privation
Out of persecution, out of slavery,
……………………We, the neglected class—
To smash the rulers’ glory with our chests—
To break the throne of violence—the slave’s chains—
To build a new path for ourselves and others
Deserving of freedom—
……………………THAT’S HOW WE ARE COMING . . !

Shushanik Kurghinian was born on August 18, 1876, in Aleksandrapol (present-day Gyumri) into the poor family of Harut Popoljian. She wrote in her autobiography, “Sometimes father would bring his shoe-repair ‘workstation’ home, in order to save money, and I would work for him demanding my wages, every single kopeck. Mother, being raised in a traditional household, would reprove of my ‘ill behavior toward my parent,’ blaming those harmful books for corrupting me.”

At 17, this outspoken young woman organized the first women’s faction of the Social-Democratic Hnchakian Party. Her first poem appeared in 1899 in Taraz; the following publications raised great hostility against her. Listed as a person to be arrested for her activities against the Russian tsar, hardly finishing her studies at the Olginsky Progymnasium in Aleksandrapol, Kurghinian escaped to Rostov-Don. Her husband, Arshak Kurghinian, stayed behind and traveled occasionally, while she lived in exile with her children. Experiencing utmost hardship and poverty, Kurghinian immersed herself in the revolutionary underground and wrote some of her best poems during the 1907-8 period.

In 1907 Kurghinian managed to secretly publish her first collection of 43 poems under the title Ringing of the Dawn, which also included “The Workers.” It was a direct response to the failed revolution of 1905 and was published with the assistance of Aleksandr Myasnikian. A second volume was forthcoming, but it was rejected for political reasons and was never released. Her poetry brought out the most silenced voices and raised such issues as the unjust social conditions that forced poor women to lives of prostitution and exploitation. From the start of her poetic career Kurghinian used poetry to promote feminist ideals from the working class woman’s perspective, envisioning a social revolution through women’s struggle for equal rights and emancipation. In numerous poems, including “The Seamstress,” “Sold,” and “Let Us Unite,” Kurghinian addressed her sisters of burden, calling them to solidarity and urging to break away from the chains of patriarchy. By doing so, Kurghinian did not extol women as objects of beauty or motherhood, but presented them as neglected, voiceless and appropriated into marriage.

In 1921, after long journeys in Russia, Kurghinian was able to return to a newly established Soviet Armenia. She actively took part in rebuilding the country, and wholeheartedly believed in Russia as the powerful ally for her star-crossed homeland. Bedridden for the last years of her life, Kurghinian stayed at various hospitals for treatment of her goiter. She died on November 24, 1927.

During the Soviet era, Kurghinian’s poetry was used only for socialist propaganda, thus undermining the artistic merit of this visionary writer and activist. As Victoria Rowe writes in A History of Armenia Women’s Writing, 1880-1922, “Soviet literary criticism ignored the gender specific aspects of Kurghinian’s works because they posited that socialist society would eliminate women’s problems, and any specific addressing of women’s issues was condemned as ‘bourgeois’.” In this context, cast solely as a proletarian poet, Kurghinian’s feminist works were marginalized and remained unknown. Singling out Kurghinian from her feminist contemporaries, Rowe notes how Kurghinian’s poetry added new elements to Armenian women’s writing, shifting away from the more widely accepted subjects of Srpuhi Dussap, Sibyl, and Mariam Khatisian toward the urban proletariat. Shushanik Kurghinian has been and remains one of the most catalytic and fascinating figures of Armenian literature who selflessly dedicated her life to improve the social condition of working-class women and the socially outcast members of her society.

• “Let Us Unite.” The Other Voice: Armenian Women’s Poetry Through the Ages. Translated
by Diana Der-Hovanessian. AIWA Press, 2005.

Op-Ed: In Armenian Nation, Men Must Take On Gender Equality