Op-Ed: In Armenian Nation, Men Must Take On Gender Equality 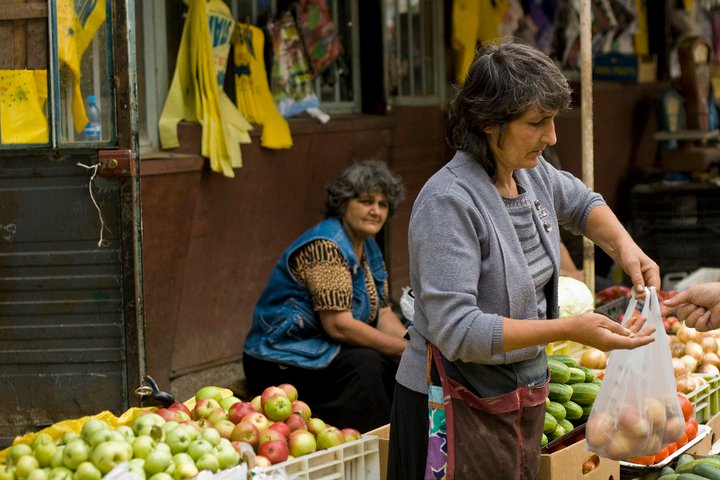 The Armenian Nation is a complex and curious one. Where once regarded as disjointed, the nation should be characterized as Homeland and Diaspora in constant communion with one another. Armenia is what we’ve come to call this transnational minority. Despite any divisions set by borders, the nation is preserved.

In this nation, the stories of the unknown and unimportant are often torn from the roots and lose meaning as they pass through the filters of ideology and dogma.

The filters we use to construct our cultural, historical, and national narrative often mask the great individual moments of many and pose them as a creation of the few. The narrative of a people is a reflection of the internal power-structure of that tribe.

The few that we attribute with the maintenance of our relative importance are almost always, with little deviation, men. Men have constructed a narrative that determines the norms and values of this nation- they have established an order, a way of doing things.The pillars of Armenia, those bastions of our current condition, are all men. The story has been penned by men. The great heroes of yesteryear, martyrs of the past century, thinkers and tinkers of a budding Zartonk or Awakening- those deemed worth remembering- are rarely, if ever, presented as women.

The omission of half the population from history is at the core of the current distortions of contemporary society; distortions that are acted out in the lives of all Armenians.

Though the biasses of history might reflect the inequality of the past it is more so an expression of the present, where both men and women act in accordance with what’s  traditionally expected of them.
Just like women, men are prisoners of their own complex. This power imbalance has created an unequal system where women have been regulated as cogs in a machine.

Politicians and their elections, reformations and revolutions, sometimes war, and anything else that moves a people through the epochs are all thresholds of history. As this nation passes through the next, grievances should be redressed. This not a task set to any single person, it requires dialogue between both genders. Only by consensus could the modes of oppression be properly identified. By consensus, where both men and women can come together, identify and address the imbalance of power and then work to reform it. Men should step-up, step-back, and allow for the dialogue to flow.

The history of Armenia and the resuscitated Zartonk becomes meaningless, almost vain, if not coupled with the cause for gender equality. Men must take on this cause.

Though class is established on material foundations, according to differences in capital and relationships towards the means of production, it is characterized by the gender inequalities which run, like veins, through all its ranks. Because women are the underclass in the current power-structure they are the revolutionary class, and the conditions are ripe for revolution.

Each revolution is entitled to relevant language.

There is nothing inherent in language that allows for the maintenance of any patriarchal structure or any other form of authority. It is the way that language is utilized that upholds the existing forms of authority and domination. In this, language is a tool of oppression. Only a few brave fools have called it into question and dared to redefine it.

The people’s history of Armenia has yet to be presented in its full scope. Though written, one realizes that it remains incomplete. To make up for this, our words need new meaning.

Words are interesting. How we choose to use them changes everything.

The word ‘feminist,’ is as significant to the future of Armenia as the idea of Zartonk. How it would be defined in Armenian is a difficult subject to consider. What it means to be a Feminist, and what Feminism looks like, will be articulated over the period of many years.

Men can no longer afford to stand separate from this process. The movement won’t reach its full potential otherwise. To paraphrase a wise man: the liberation of men is directly tied to the liberation of women. The phrase, “I am a Man, I am an Armenian, I am a Feminist,” will one day echo through the streets of Yerevan. The Women’s Movement within the physical borders of Armenia has begun to take on recognizable form- not solely as a result of specific campaigns but because of a myriad of conditions that have led to a new wave of activism in the country.

Now, there is real hope that an already existent road may widen and allow for the inclusion of voices hitherto unheard.

Saro lives and works in Los Angeles, California. He is an artist, a writer, a musician.