This is a first in the series called “Home and Homeland,” an exploration into the Armenian Diaspora’s connection (or sometimes lack thereof) with Armenia, repatriation, identity, culture and more. 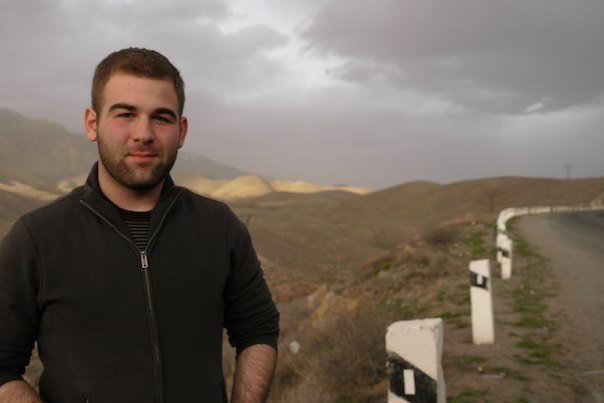 The author on his journey in Armenia/ © Avo John Kambourian

What makes someone leave home, walk away from his or her life, friends, family, work, school and become a traveler? Seven months ago, fresh out of quitting art school and returning to community college, I saw my future ahead of me: dark, bleak and distant. This future entailed a transfer to a decent university and becoming what I believed to be a normal person. Since I only needed one semester, endless months lay ahead of me, with nothing to do except work and be bored of the same thing; I knew I would never have to opportunity to take a chance as I did then.

I chose to go to Armenia for four months, not just for fun, but to finally see and taste the motherland from her roots. I remember one of the big things going on before I left was the Armenia-Turkey Protocol situation. I personally don’t side with anything unless I know its true purpose, so I decided that I would keep my eyes open while I was in Armenia.

After being there for a few weeks, living with a host family, making new friends, and mingling with a lot of the everyman, I decided to ask around. Of course I did run into much bias, as is relevant with every Armenian cause, and a lot of opinions on Turkey rather than what trading openly with Turkey can do for Armenia. I realized that there is a huge difference between these thoughts and what could really happen. We can really speculate all we want, but really what could we predict? Absolutely nothing.

I suppose this argument is dead. The protocols subsided around the big remembrance day of April 24th when the recently apathetic masses in Armenia picked up the torches and started burning Turkish flags on the march to the genocide memorial in Yerevan. As soon as I saw these acts, I was immediately disgusted, enough to not even take part in the march. Not to put myself on a high horse here, but what the hell are we doing? What are these types of people in Armenia and around the world thinking as they desecrate the flag of not just another country, but Armenia’s neighbor! I’m sure this doesn’t sit well with anyone, not only the Turks, hell, this even aggravates me.

What is home? What is Homeland? Does home mean where your parents live? Does homeland mean where your ancestors are from? If that’s the case my home is in Turkey. Am I Turkish? Armenian? Ottoman? American? What am I? I sat through countless arguments in Armenia about the rightful return of our lands from the Turkish government. To these people names are everything, aren’t they? For generations and generations, people have moved around the world, from place to place, from land mass to land mass, but a lot of that movement has been forgotten. At one point we all settled, put our bags down, and called a place home. Don’t get me wrong, I love being Armenian, I love my heritage, the food, the music, the dancing, the weddings, the language, and oh yes it would be so sweet to have a place to call our homeland, but it’s much bigger than that.

Our homeland is in our hearts and our minds, but we have a place to reference too: Armenia. If you really want to make a difference I strongly urge you to look at that piece of land and shed some light on it, because it needs you. Don’t make excuses and whine about the pain and suffering our people went through, those pains have long subsided and passed.

Let’s be realistic. Nagorno-Karabakh (Artsakh) needs us; Gyumri, Spitak, and Javakhk need us. You can export and import all the goods and supplies to and from Armenia you want, but the greatest source of import for Armenia is its Diaspora’s influence. 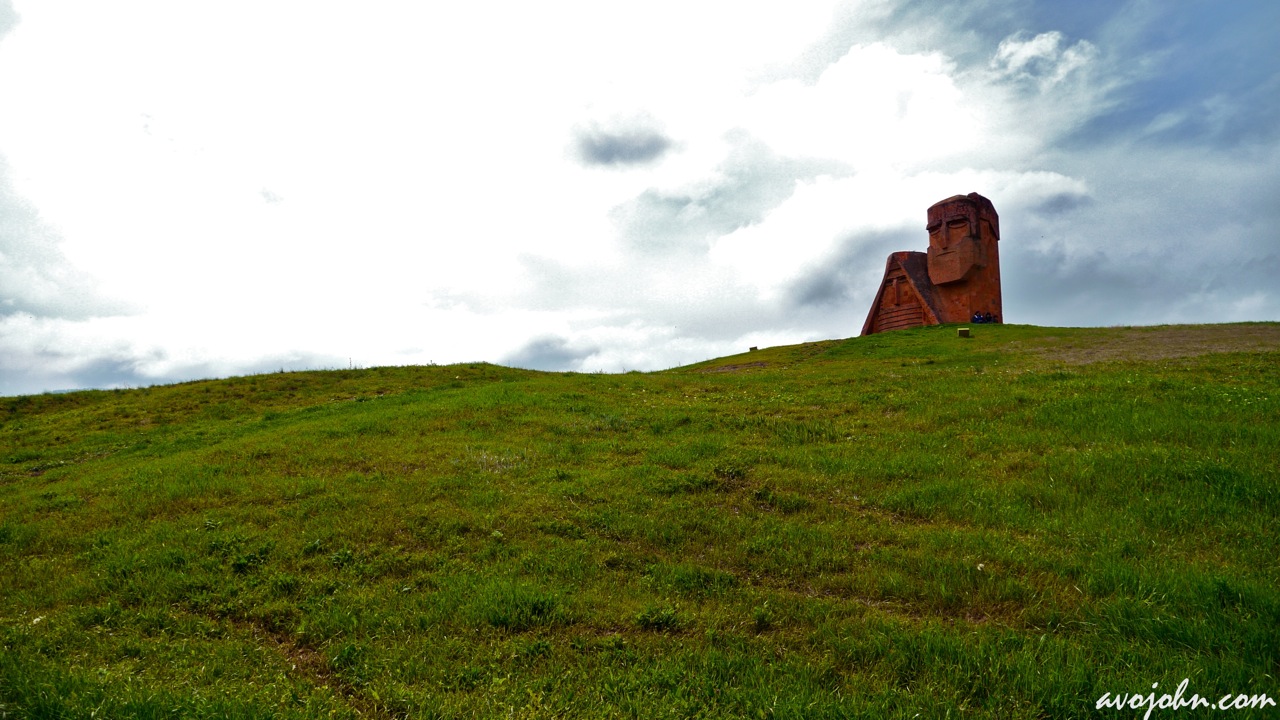 "Tatik yev Papik" or "We Are Our Mountains" in Stepanakert, Nagorno-Karabakh Republic./© Avo John Kambourian

Armenia herself also has a lot to give, a lot more than anyone could possibly imagine.

Different people are inspired in different ways- the artist might bring back techniques, the businessman could bring home income from his ventures, and the traveler such as myself brought back mental development and concentration on my efforts back home.

Armenia helped me focus on what I wanted for my life. I met new people, built new habits, and eliminated a few  rotten ones. But I learned, most of all, that life doesn’t begin at any certain point, it continues constantly, and it is indeed what you make of it.

Armenia will always be with me in my dreams.  Whether I realize it or not, it’s a part of me.