By Contributor September 21, 2010 in Features 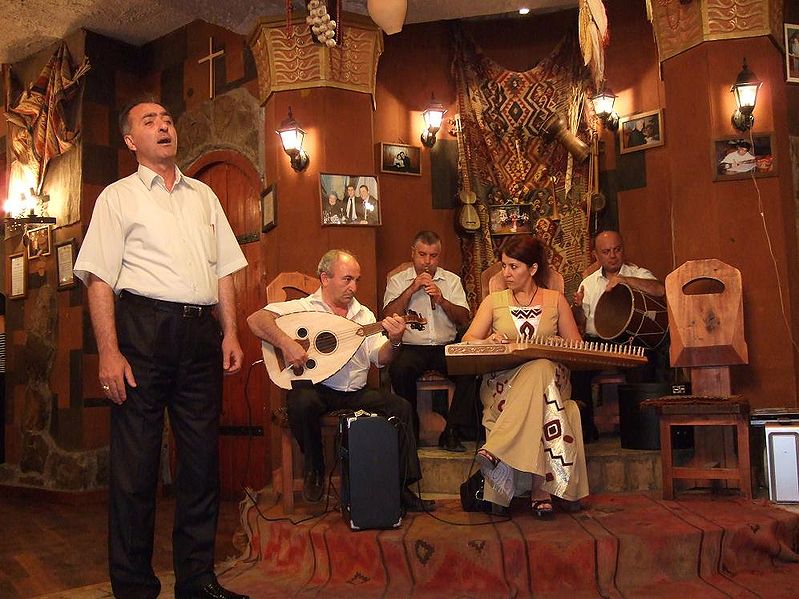 This is the second in the series called “Home and Homeland,” an exploration into the Armenian Diaspora’s connection (or sometimes lack thereof) with Armenia, repatriation, identity, culture and more.

On the corner of Sunset and Cahuenga Boulevards in Hollywood, sits a gigantic record store called Amoeba Records – a Los Angeles treasure with so many walls, shelves and bins lined with amazing music, that if you stayed there for years – listening to  Billie Holiday, the soundtrack to Yentl to the Sex Pistols and Erykah Badu –  you still probably wouldn’t be able to discover it all.

The store has an impressive section of world music, laid out similarly to the actual geographic locations of countries around the globe. Just like in reality, Armenia sits wedged in between Turkey, Azerbaijan, Iran and Georgia, accept no closed borders exist here. In between all the cheesy and cheap used CDs, if you come at the right time, you’ll find a few rare gems.

After having found “Pomegranates – Persian Pop, Funk, Folk and Psych of the 60s and 70s,” and purchased it on the spot to sneak a taste of my parents’ childhood growing up in Tehran, I set my hops on discovering another collection of rhythms and melodies that would open a door to a part of my identity.

And I found it in Zadik Zecharia’s “Kurdish Melodies on Zorna.”

It was the oddest looking CD in the bunch, probably in the entire store. It was quite plausible, I thought, that I had ventured upon an ancient recording that could have been lost among the hay of Jesus’ stable, brought there by a time traveling Magi.

I had to have it.

Not knowing what I was in for, I bought it, carefully unwrapping it out of its ancient casing and immediately fed it to my car’s stereo system while I braved traffic on Sunset Boulevard.

The minute the high-pitched zurna flooded my car, it awakened a lifetime of feelings that although dormant, have always lived within me. Everything I had known up to that point about what it meant to be Armenian was floating in the air. I saw a musician’s troupe carrying off a bride on her wedding day with their songs, I saw thousands of years of culture being cultivated before my eyes, mountain men and women who at their core believed in simple things; family, food and friends.  I saw everything about being Armenian that made me smile.

I was in a state of euphoria. It was an overwhelming feeling that I couldn’t control and one that I rarely have.

This happened once before, although the circumstances were much sillier.

Throughout college I worked at a chocolate shop for which I paid the price for later in pounds, and on a particularly quiet evening, in walks beloved Armenians singer Aram Asatryan. The man was so wide and had such an entourage that it wasn’t hard to focus in on him – except it looked like I was the only one who was. By the time he got to the counter, I was grinning from ear to ear like an idiot. I looked around the room, and no one seemed to care, which made me grin even harder. I had a secret! I knew that this man, however ordinary he seemed to others, was singlehandedly responsible for bringing the Armenian anthem of “Hye Em Yes, Hye Es Du” into this world. I suddenly had the urge to stand up on boxes of chocolates and let the Universe know that Aram Asatryan, Armenian pop star extraordinaire had walked into MY chocolate shop.

He knew I knew and so he smiled back, bought the biggest box of chocolate we carried and thanked me.

After he left, I was perplexed.

Was I actually proud to be Armenian? And if so, was seeing a cheesy, ethnic singer that belonged to my tribe all it took to make me feel this way? What in the world was wrong with me?

As a born member of the ever expanding Diaspora, I have carried my Armenian-ness as a detriment to my identity more times than I have thought of it as something positive. Growing up as an adolescent and then young adult, it’s hard enough trying to find out who you really are without the extra baggage of being from an area most of your classmates have absolutely no knowledge of. 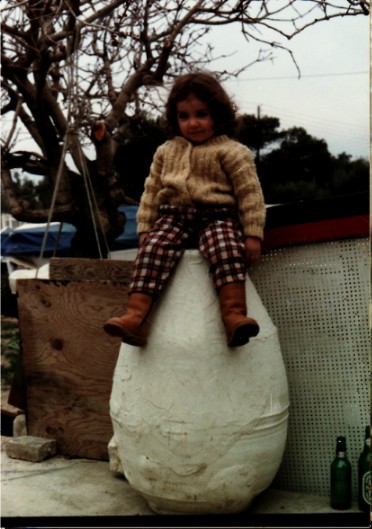 And so my Armenian-ness was  for a very long time, something I wish I didn’t have. My experiences living in a city with the second highest Armenian population in the world outside of Armenia weren’t very kind.

But in that moment in my car, the zurna, much like the man who had released an album titled “Asem, Te Chasem,” (Should I Say it, or Not?) and had walked into a chocolate shop where the only Armenian employee happened to be yours truly, changed me. The louder it grew, the better I felt. It made me feel that there was something bigger than me out there, that I was part of something greater, some ancient tribe who had the audacity to survive. And not just an Armenian tribe. A Lebanese tribe, an Iranian tribe, an Iraqi tribe, an Afghani tribe. A tribe from lands that never seem to get enough credit.

Though the CD ceased to play when I turned my car off, the zurna hasn’t stopped spinning in my head. Every day, the noise grows louder, like Edgar Allan Poe’s “Telltale Heart.”

It reminds me  that no matter what I do, no matter where I am, I am incapable of forgetting where I come from, for better or worse. 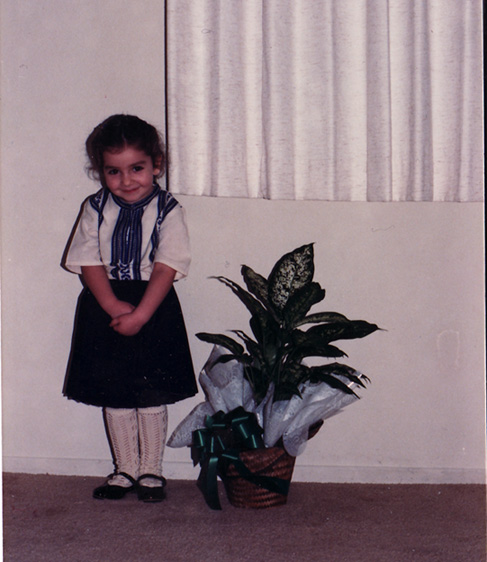 a child of America, waiting for Armenia/ © ianyanmag

I later found out that Zadik Zecharia, born in the Sharnash Village in Kurdistan, moved to Israel in 1950. He said the zurna reminded Kurdish people of their motherland. His collection of melodies that I had so eagerly purchased were first released on cassette in the 80s and only 550 copies of the CD were made.

His music also had had the audacity to survive 30 years, and somehow end up in a hip record store one of the most well-known boulevards in the U.S.

Perhaps there’s a lesson in all of this, perhaps it’s about perspective, about balance, about becoming an adult and learning to deal with life. Whatever is it, I’m probably not wise enough to say.

I do know though that it took a Kurdish zurna playing musician from the 80s to make this Tehran-born, Los Angeles raised Armenian girl get a hold of a few lost chords that were in need of a retuning.