By Contributor September 22, 2010 in The Melting Pot 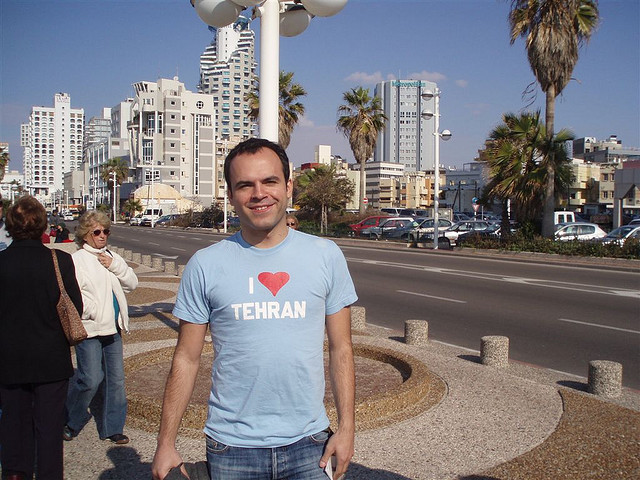 Journalist Hossein Derashkhan, now imprisoned in Iran, on a visit to Israel in 2007/Creative Commons/ by hoder

While China once held the title of being the world’s worst jailer or journalists in the world, Iran has grabbed the title, with at least 37 journalists behind bars and an additional 19 detainees free on short-term furloughs, according go the Committee to Protect Journalists, stemming from the crackdown following the June 2009 presidential election.

The newest news out of the Iranian government’s stark reality for journalists includes Hossein Derakhshan, a prominent Iranian-Canadian blogger and journalist who has been awaiting sentencing for two years and spent the first eight months of his detention in solitary confinement and was subjected to beatings.

Cyrus Farivar, a journalist of Iranian descent currently based in Germany posted on his blog on Monday that a member of Derashkan’s family had confirmed that the prosecutor is seeking the death penalty.

What I think would be very effective at this point would be to get as many people as possible to write to Larry King and ask him to ask Ahmadinejad about Hossein. It’s a perfect way to put him under pressure and make him react.

President Ahmadinejad will be appearing on “Larry King Live” at 9 p.m. ET on CNN to discuss the fate of the Americans jailed in Iran, his nation’s nuclear program and much more.

Derashkan’s weblog, “Sardabir: Khodam” or “Editor: Myself,” which he manually tweaked code on to be able to write in Farsi, as well as his belief in using social media to aid in the growth of democracy and reform, earned him the title of “blogfather.” In 2006, in an unprecedented move, Derashkan traveled to Israel to work on starting a dialogue between Iranians and Israelis.

It hasn’t just been the Iranian government Derashkan has had trouble with. In 2007, his blog was shut down by his hosting company after journalist and political analyst Mehdi Khalaji filed a libel and defamation lawsuit against Derashkan. 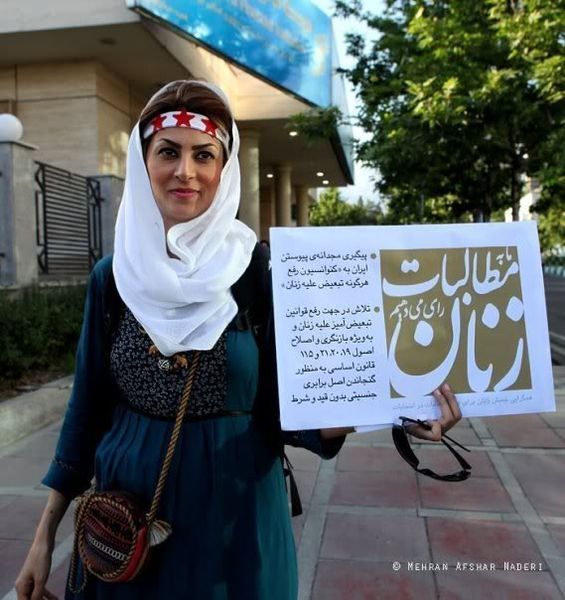 While Derashkan awaits sentencing, another reporter was sentenced on Saturday. Shiva Nazar Ahari, a founder of the Committee of Human Rights Reporters received six years in prison and a fine of $400 in place of receiving 74 lashes. She was convicted of “moharebeh” or “waging war against God,” “propagation against the regime” and “actions against national security” reports CPJ.

In a letter to a cell mate, Nazar Ahari outlined how she landed in Iran’s notorious Evin prison:

Censorship and shutting down publications as well as the arrest of journalists is nothing new in Iran;.However, it seems that Mr. Ahmadinejad’s government has reinforced their endeavours to do away with the trade of journalism altogether. Besides arresting numerous journalists within days of the elections, Tehran’s prosecutor general ordered officials to shut down the Association of Iranian Journalists. A few months later, Ms. Badressadat Mofidi, the director of the association, was arrested, tried in a closed hearing, sentenced to six years in prison and banned from working on “press-related activities” for five years. The accusations levelled against her consisted of generalities such as ‘propaganda against the regime’. Contrary to the constitution, her hearing was carried out in the absence of a jury.

In an unconventional editorial, another journalist using the pseudonym Jafar Farshian, comments on the sensationalism of Iran in news media at the Institute for War & Peace Reporting:

For years, Iranian reporters have been granted a free pass to publish whatever they like in the western press. Without effective ways of verifying sources or checking facts properly, the attitude of western press has been to take whatever they get from journalists in Iran. This approach, coupled with the perception that persecuted Iranian activists find it easy to relocate to the West, has created seductive opportunities for those willing to take a few risks. The perfect environment for rampant opportunism, and the emergence of an Iranian version of Jayson Blair or Stephen Glass, the American reporters notorious for faking stories.

Journalism in Iran is a young person’s game. Grizzled editors and seasoned beat reporters are few and far between. In their place are fresh faces full of ideals, courage and also ego. Many have developed a flair for the dramatic.

Who can blame them? In Iran, the practice of journalism is a hazardous occupation that has become progressively more dangerous over the last year.

In CPJ’s research which includes monthly surveys of the number of imprisoned journalists in Iran, many of the charges are vague and cases are shrouded in secrecy. Detainees have also been denied visits from family as well as legal counsel. In addition to the imprisoned journalists, CPJ also found that at leasst 29 Iranian editors, reporters and photographers had fled the country in the last year, the highest annual tally from a single country in a decade.