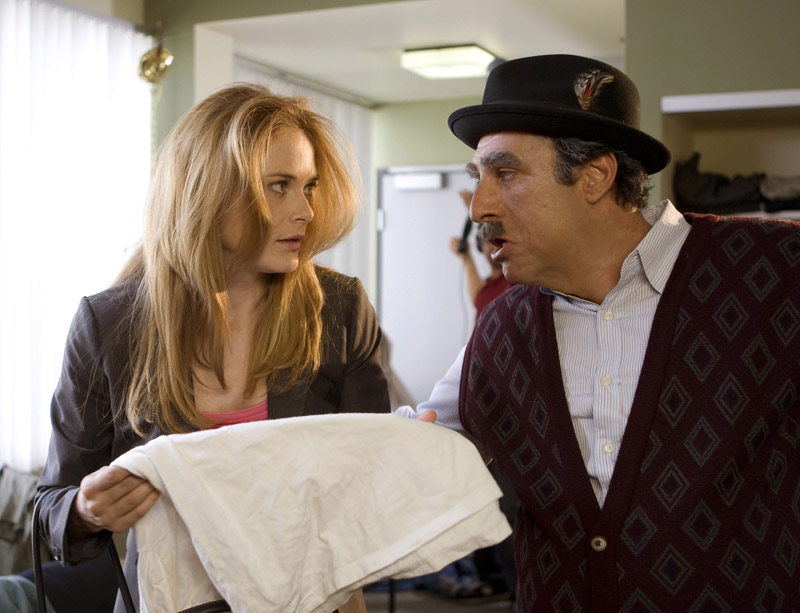 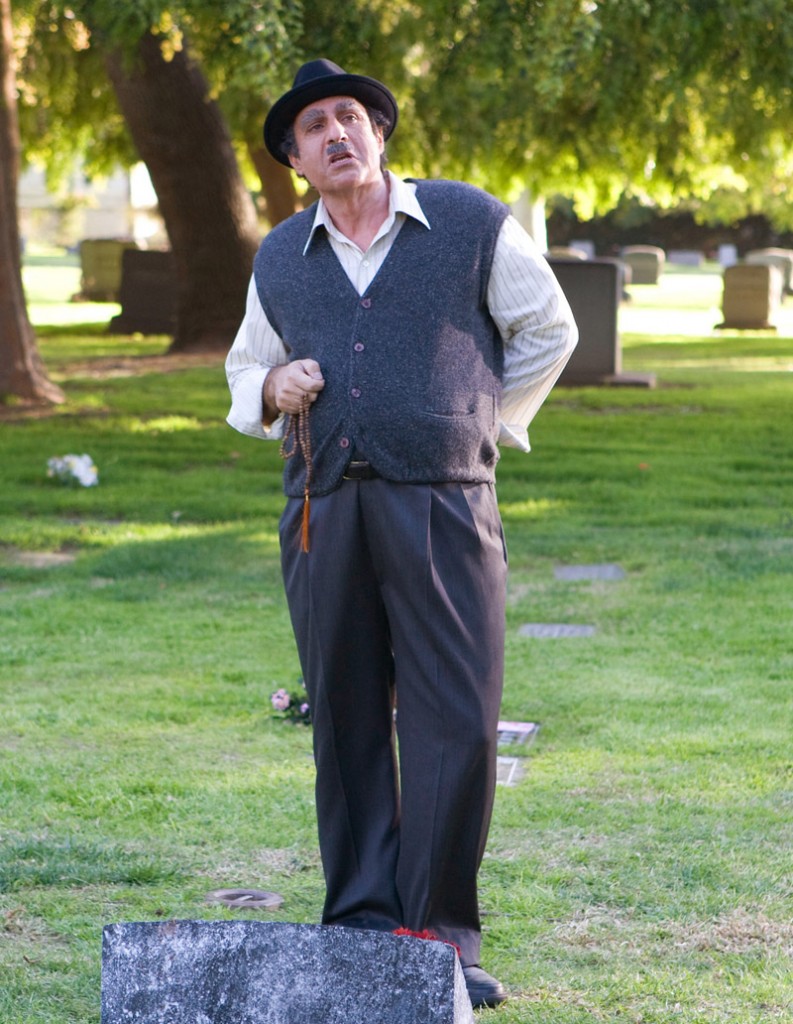 With their second biggest diaspora community living in tinsel town, it’s no surprise that Armenians have occasionally popped up in films (Sideways, Must Love Dogs) and made memorable appearances in television as well – the headline-grabbing Armenian Mob was previously featured in The Shield and Weeds, while Principle Skinner, aka Armin Tamzarian of the Simpsons has been a memorable character for worldwide audiences for  two decades.

“My Uncle Rafael,” however, with its smartalec, stubborn, rosary wielding 70-year-old namesake character developed and played by Vahik “Vick” Pirhamzei during his time in theater, hopes to turn the small and occasional  supporting appearances into a robust lead role that can widely introduce Armenian culture  to American audiences across the country.

“That gap has never been bridged between Hollywood and Armenian culture in a positive way or just a normal way,” Director Marc Fusco told ianyanmag.

“I hadn’t seen it represented before and I met Vick and I thought he was really funny,” he says. “In this moment in our history, I think people are more interested in laughing than they are in anything else so I just thought this is the time for Uncle Rafael.”

Both Fusco and Yagemann signed onto to the project after realizing how much they liked the memorable and comedic character of Uncle Rafael, It’s the characters that usually make or break a movie they say, and this one had great comedic potential.

The film focuses on desperate TV producer Michele (Rachel Blanchard) who convinces Rafael, a quintessential uncle those of Armenian descent can surely relate to, to star in a reality show featuring the dysfunctional Schumacher family where he has one week to save them from ruin. With a swift declaration of “It’s my way or the freeway,” the family must abide by Uncle Rafael’s rules at all times, and of course, comedy ensues.

Pirhamzei, whose stage shows have sold over 35,000 tickets to Armenian audiences in Los Angeles alone, has spent much time developing the character of Rafael over his theater career, first using him sparingly in some of his productions and then building his family and the world around him, all of which became the premise of the film. Realizing the difference between the platforms of theater and film,  Pirhamzei worked with Yagemann and Fusco to hone and polish Rafael for the big screen.

After  a few test screenings with diverse audiences of all backgrounds,  Pirhamzei quickly realized the appeal of his character and Rafael’s story outside just the Armenian market.

“They really enjoyed the movie,” he says, adding that the screenings were a test for him and the crew to see if they had gone about the film in the right way.

My Uncle Rafael also presents the potential to garner some good PR for the Armenian-American community, who have recently been dealing with the aftermath of a sweep and arrest by FBI officials of the self-identified Armenian Power gang circuit.

For Pirhamzei, who takes news of such incidents with a grain of salt, citing similar situations people of all backgrounds have had to deal with, the film can have a larger impact than a few headlines.

“If a movie like this can make it to the mainstream, it’s going to get 100 times more exposure,” he says.

With a recognizable cast, including Blanchard, who most audiences will remember from ABC’s adaptation of Clueless, Snakes on a Plane and the 2005 Atom Egoyan drama Where the Truth Lies, John Michael Higgins (Best in Show, A Mighty Wind) and Missi Pyle (Big Fish, Charlie and the Chocolate Factory) who signed onto the film not for the money but the content, according to Pirhamzei, the producers are cautiously optimistic Rafael can go the way of My Big Fat Greek Wedding,  the 2002 romantic comedy written by Nia Vardalos  originally as a one woman show that unexpectedly grossed over $300 million worldwide.

“When a script comes along like this, actors really no matter how big, they all want to read a great project because life’s too short,” says Fusco. “So a lot of these actors responded very very quickly and they were our top choices; we were really lucky.”

While the domestic and international success of “My Uncle Rafael” remains to be seen, the filmmakers do have one thing to be happy about at the moment:  it was recently accepted into the Boston International Film Festival. They are excited to showcase the film to an East Coast audience. 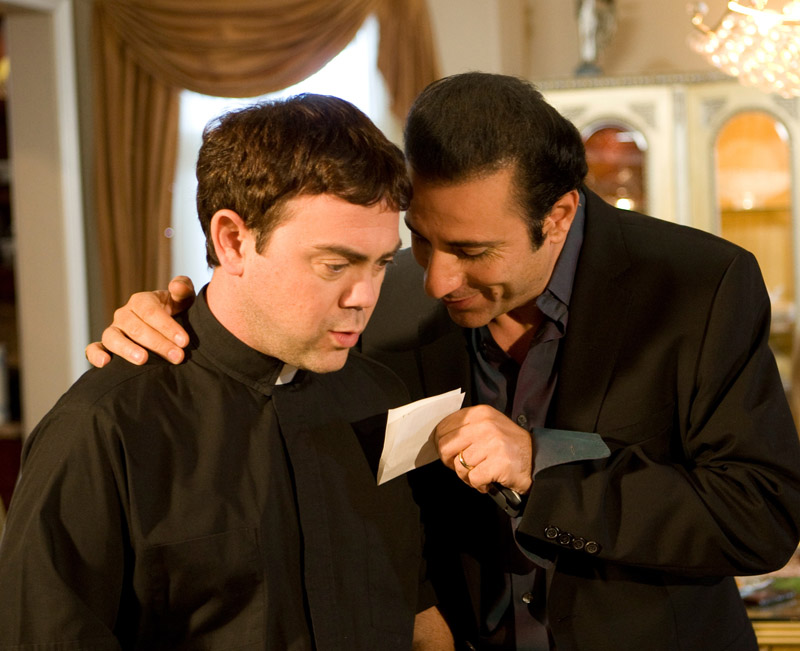 “When you do comedy as long as you’re faithful to the characters and they are real people, comedy people – that’s what we tap into, it doesn’t matter what culture is watching the movie at all , you’ll laugh if you understand the language even 50 percent,” Fusco says.

Pirhamzei, Fusco and Yagemann are hoping the success of the film pays off by word-of-mouth marketing and are hosting at least one screen in the Los Angeles area in the coming months. My Uncle Rafael is slated to come to a theater near you in summer 2011.

Watch the trailer for “My Uncle Rafael” below: