Marking the first day of Spring, Nowruz is celebrated not only by Iran and the Iranian Diaspora, but in Kosovo, Afghanistan, Azerbaijan and Georgia. The celebrations include Spring cleaning, visits to and from family and friends and a Haft-Sin table, which has specific symbolic items that start with the letter ‘S,’ like “sabzeh” (wheat) symbolizing rebirth and “sir” (garlic) representing medicine. The day before Nowruz, many participate in fire jumping, an event that dates back to the Zoroastrian era in which the fire is meant to take away your problems and give you luck and good energy in return. The practice is related to the Armenian Trndez, which is of pagan origin. 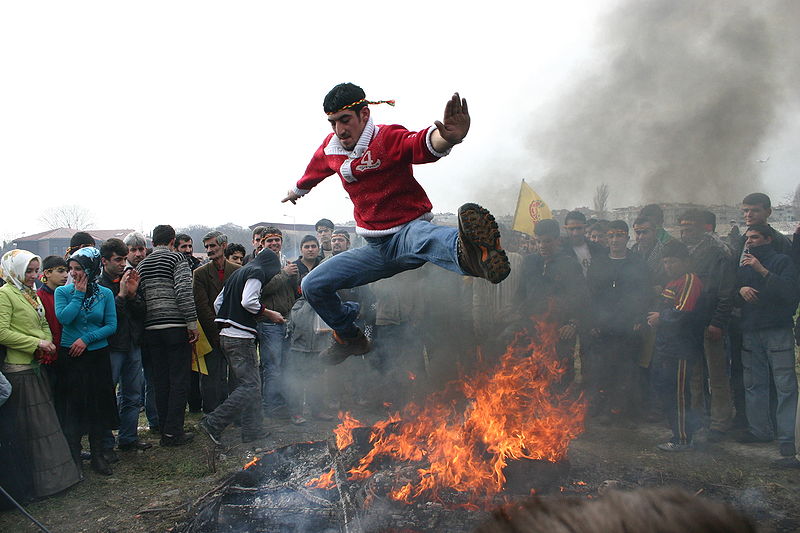 A Haft-Sin table for Persian New Year, or Nowruz/ By L.Aghajanian 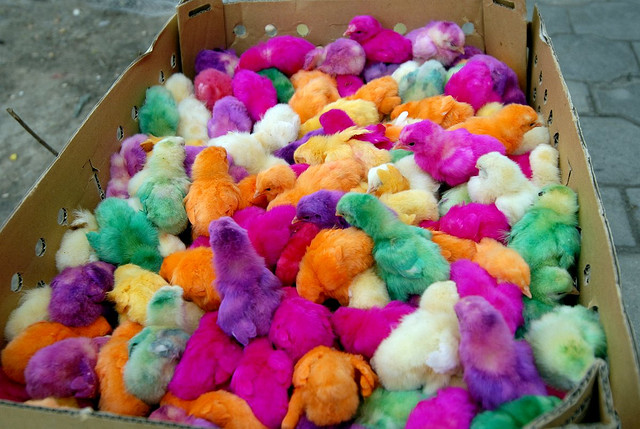 A young Afghan boy uses a homemade Afghan flag to shield his eyes from the sun March 21, during a celebration of Islamic New Year near the Nawa district center./by IsafMedia/Creative Commons 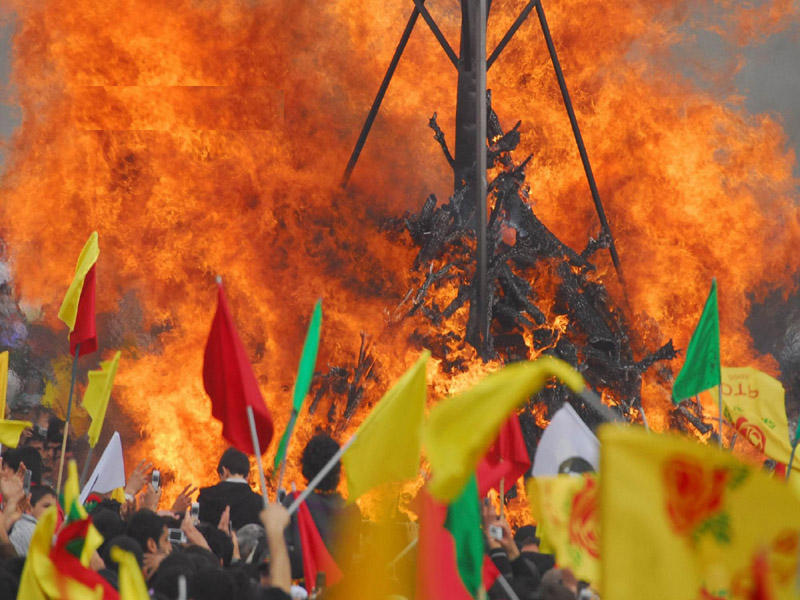 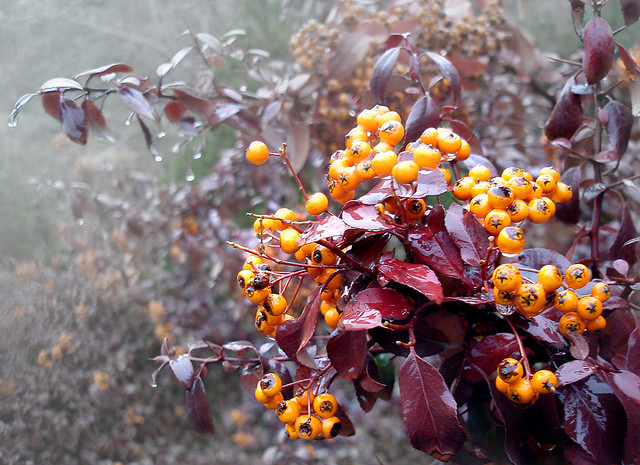 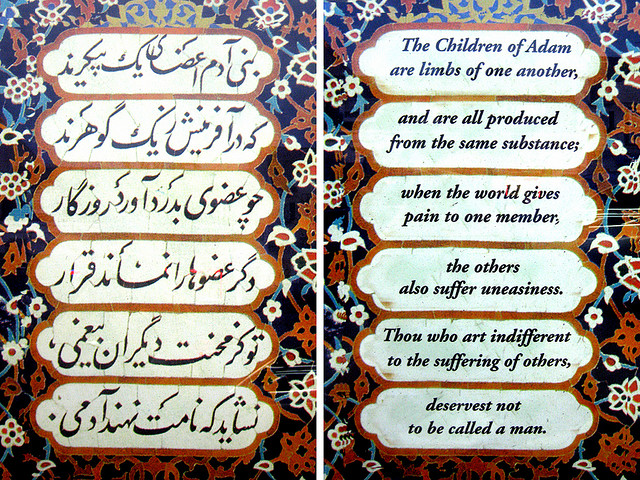 Storefront in Los Angeles during Nowruz/ by Wallula Junction/Creative Commons 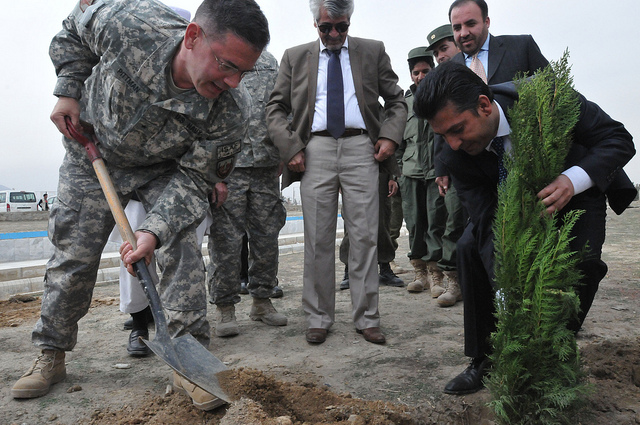 Navy Rear Adm. Harold Pittman, director chief of staff, International Security Assistance Force-Communications, and Dr. Hakim Asher, chief executive, Afghanistan Government Media and Information Center, work together to plant a tree at the Kings Tomb in Kabul, Afghanistan, Tuesday. Four trees were planted at the Taap-e-Maranjan (King’s Tomb) March 15 in a ceremony recognizing the planting of 420,000 trees to be planted throughout Afghanistan during the two weeks of Nowruz, the Afghan New Year (2011)/by Isafmedia/Creative Commons

Women in Baku, Azerbaijan during a Nowruz Celebration/Wikimedia Commons 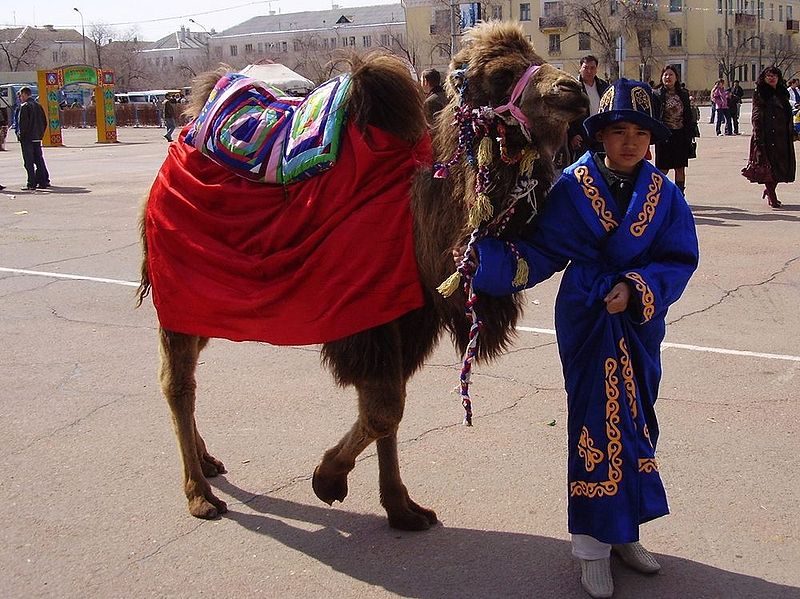 A Kazakh boy with a small camel in Baikonur, Kazakhstan during Nowruz/Wikimeda Commons