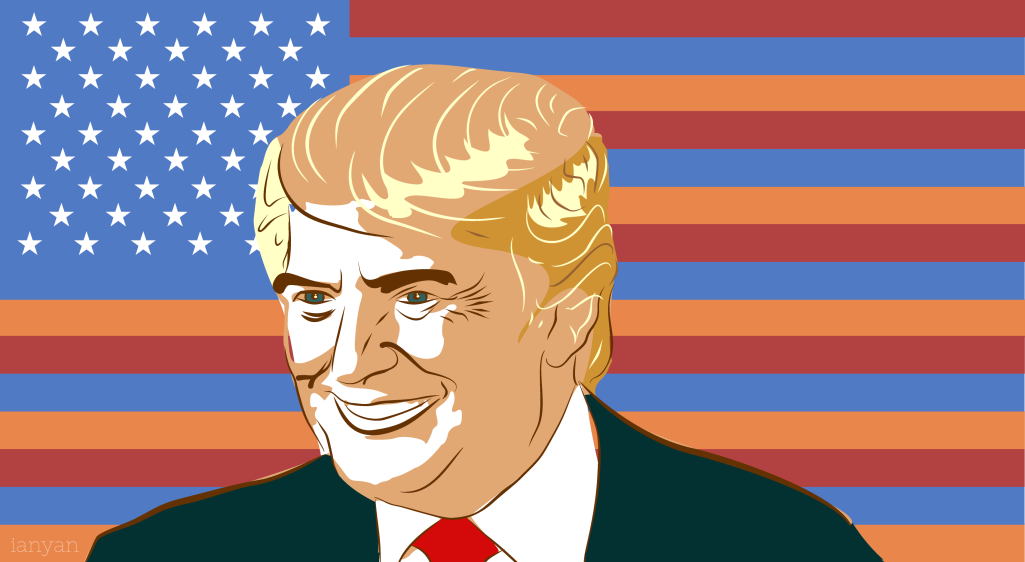 On the day before more than 1 percent of the entire population of the United States marched against the newly-inaugurated president’s agenda, the Armenian National Committee of America took an alternative approach. The self-styled “grassroots” lobbying organization, speaking “on behalf of America’s citizens of Armenian heritage,” instead chose to congratulate Donald Trump, just as it had done after the election, on his ascension to power.

The ANCA’s actions are consistent with what you would expect of most lobbying organizations; obsequiously lining up behind power to achieve particular political goals comes with the territory. But this time the ANCA has reneged on its pledge to advocate for the global Armenian community.

According to its website, one of the lobby’s main platforms is to advocate for Armenians in Southwest Asia, especially in countries embroiled in conflict like Syria and Iraq. In the coming days, Trump is expected to issue a much-anticipated executive order restricting the entry of refugees from a number of Southwest Asian and North African states. While the move is almost certainly aimed at Muslim migrants and refugees, non-Muslims – including Armenians – from these countries could face potential restrictions based on their national origin, even if the language of the order exempts non-Muslims.

A draft of the order leaked on Wednesday stipulates that the government will “prioritize refugee claims made by individuals on the basis of religious-based persecution, provided that the religion of the individual is a minority religion in the individual’s country of nationality.” This would only come after a 120-day suspension of the US Refugee Admissions Program (USRAP), which is responsible for admitting refugees for resettlement. At face value, this seems like Armenians would be in the clear. The very next clause, however, states that the United States “shall cease refugee processing of and the admittance of nationals of Syria as refugees until such time as I (the president) have determined that sufficient changes have been made to the USRAP to ensure its alignment with the national interest.” To think that the ANCA’s conciliation can be impactful enough to convince Trump to exempt Armenians from an indefinite ban on Syrian refugees, no matter how high your opinion of the lobby may be, is downright delusional.

The impending executive action shouldn’t come as a surprise to anyone, especially to a lobbying organization that closely monitors electoral politics. During his campaign, Trump did in fact propose a well-publicized ban on all immigration from countries that have been “compromised by terrorism,” a rhetorical shift from his previously proposed ban on all Muslim travel to the United States. The executive order is consistent with the broader reactionary objectives of the new regime, most of which the American public had foreknowledge of.

And yet after the inauguration, when Armenian women across the country responded in the streets, the ANCA responded with sycophancy.

The lobby still has the opportunity to attempt to correct its tone-deaf mistake, and we’ll see if it will do so in the coming days. But it bears repeating: this was not a shock. The public, particularly the Muslims and Southwest Asians who were targeted by NSEERS, knew this was a distinct possibility long before November 8. When the ANCA decided to congratulate Trump, it knew his politics. Its board and staff knew that Armenians in Southwest Asia, the very people they have committed to advocating for, were potential targets of the administration’s nativism and remained quiescent throughout the general election and its aftermath regardless.

But even if you’re able to excuse this collaborationist, complacent stance as a necessity for any nonpartisan lobby group – and many Armenians are not willing to do so –  it still doesn’t explain the behavior of some of the ANCA’s allies.

The Armenian Revolutionary Federation and its youth wing, the Armenian Youth Federation, haven’t extended their congratulations to Trump, but they have been noticeably silent on his electoral victory and inauguration. Even the United Human Rights Council, an ostensible progressive committee of the AYF, initially made no direct mention of Trump’s assumption to the presidency on its highly-active Facebook page – it did, however, share a video of legendary radical Angela Davis’ speech at the Women’s March on Washington. It wasn’t until January 25, a full five days after the inauguration, that it broke its months-long social media silence on the subject by sharing an article on the leaked draft of the executive order as well as a message from the chair of the environmental NGO Greenpeace, who happens to be an Armenian woman.

These organizations do not, by any stretch of the imagination, have an obligation to nonpartisanship; the ARF is, at least in word, a socialist party. Yet both organizations, praised by many for their activism and adept political organizing, neither sent a delegation to the massively-popular global marches against Trump’s agenda nor did they issue an official statement in support of it; there wasn’t so much as a milquetoast social media post. As of this writing, the AYF’s only official reaction to both the massive marches and the barrage of executive orders was to retweet the ANCA’s statement of congratulations. Simple renunciation of Trumpian politics and the systems that produced it seems to be a step too far for the same community leaders who idolize Turkish MP Garo Paylan for boldly speaking truth to power in the face of fascism.

Still, it would be remiss to not acknowledge the work the ANCA, ARF, and AYF do. The ANCA works to achieve recognition of the Armenian Genocide, something many Armenians in the diaspora believe to be a cause of utmost importance. It also works to strengthen economic ties between the United States and Armenia, albeit through free market reforms that have the potential to cause more damage to Armenia’s poor (we should remember that some of the protests that have been organized in Armenia in recent years were driven in part by opposition to neoliberalism). These policy goals certainly receive broad support from Armenian-Americans. Moreover, the ARF and AYF, for all their problems, remain perhaps the most dominant Armenian institutions in America and allow the community access to resources that few other organizations can provide. It’s worth asking, however, if any of this excuses them for failing to stand up for some of the most vulnerable members of the diaspora at such a critical moment.

Some may think the ANCA’s letter, issued the same week it honored Martin Luther King Jr. with a “call to serve,” and the ARF and AYF’s silence on Trump may have been adroit, pragmatic moves to advance these causes, even if a vast swath of American society vigorously opposes the historically unpopular president. Aram Hamparian, the lobby’s executive director, has after all suggested that his “unpredictability” and penchant for “disruption” could help the organization achieve its aims, though the ANCA didn’t endorse him or Hillary Clinton in the general election.  But by distancing themselves from the nascent struggle against Trumpism, Armenian-American community institutions have outright refused to address the plight of the Southwest Asian-Armenian émigrés and refugees who will be among the first to feel the full brunt of the blow the right-wing government is preparing to deliver. And that’s not pragmatism; it’s a betrayal.

Aram Ghoogasian is a writer and teacher from Los Angeles. His work has appeared in The Daily Bruin, Armenian Weekly, and The New York Times.