In a secluded corner of Gyumri’s Central Park, sits a small room full of enough Soviet-era arcade games to dizzy up visions of Brezhnev, propaganda posters and the KGB keeping tabs on your every move. But while it might appear to be a preserved, colorful museum exhibiting what child’s play might have been like during the mighty CCCP, it is actually a fully functioning game room that has remained the same – through the collapse of the Soviet Union,  tragic 1988 Gyumri earthquake and Armenia’s transition into independence under three separate presidents – for 30 years. 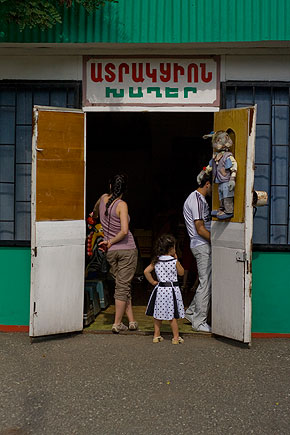 For 16 of those, 70-year-old Laura Sahakian (pictured above) has been at the helm of the arcade, handing out 15-Kopek coins to Gyumri’s school kids who come in for a bit of afternoon fun, and even tourists stretching from Holland to America, perhaps fascinated with discovering a piece of history that has remained in tact, while the city’s breathtaking architecture, population and reputation for a bustling cultural center has  sustained irreparable damage. 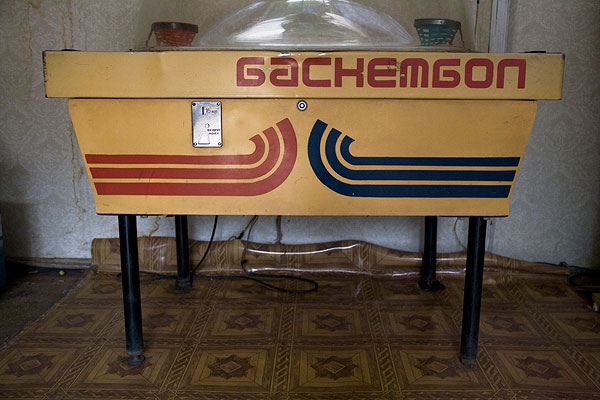 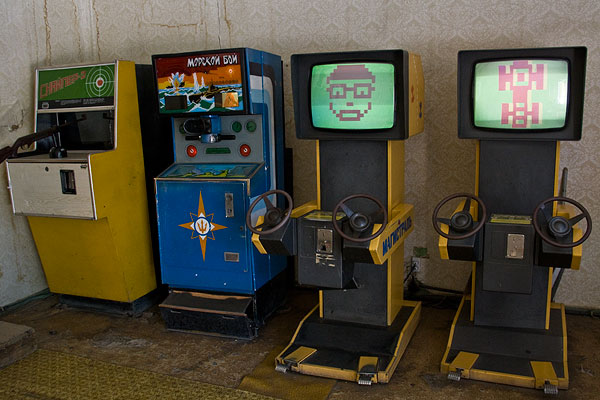 At one time, the arcade was so popular, that many didn’t get a chance to try their luck at games, that according to one military manual were created  “for the purposes of “entertainment and active leisure, as well as the development of visual-estimation abilities.”

“You couldn’t even come in here to play,” says Sahakian. “There was no room.” 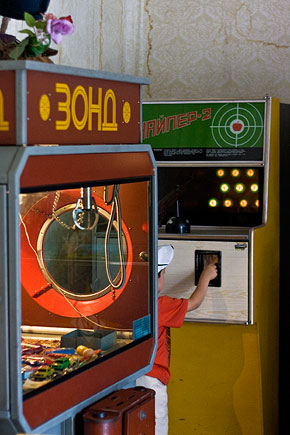 The games, ranging from a “Turnip Strength Tester” (“Репка Силомер” or “Repka Silomer”) adapted from a story about a large turnip that needed three people, including family pets to pull it out of the ground to target shooting and car racing contraptions and even one basketball are flanked by large anthropormphic versions of a wolf, fox and rabbit – characters from old Russian childrens’ tales that Sahakian knows from memory. 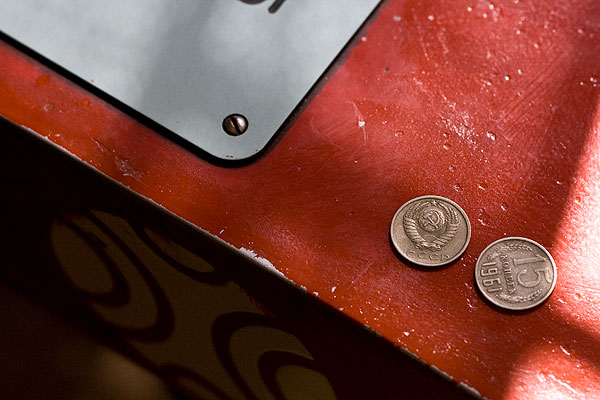 She sits at her desk, near a buzzing television, scattered newspapers and a fan – a small relief from the heat,  smiling at all who come through her humble door, frequently getting up to encourage shy, pre-adolescent customers to push this button harder or aim that toy pistol higher.

Beneath her hospitality and humor, lies a common story for Gyumri’s residents. Sahakian lost two children – daughters, grandchildren and her husband in the earthquake that still seems to be shaking the city emotionally and physically.

She works in the arcade to make ends meet for her and her remaining son, but she used to be the chief accountant at a bank before the earthquake hit, killing upwards of up to 50,000, though locals claim the number was much higher.

“Gyumri was such a beautiful city,” she says with tears in her eyes, holding a keychain with a photo of one of her daughters. “There were so many jobs here. We had fabric, textile and steel factories – even a bicycle factory. Now there’s nothing. They’re talking about emigration every day on the news. If there weren’t remittances [from abroad] how would these people survive?”

Despite her troubles, Sahakian loves entertaining passers-by, even if she doesn’t speak their same language. In a strange way, the Soviet Arcade of Gyumri seems to be keeping the memory of what life was like not only for game-hungry children and Soviet buffs, but Sahakian. For better or for worse, the past lives on for all of them… 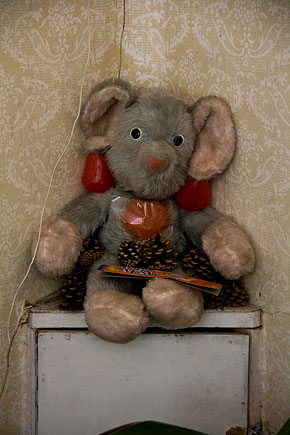 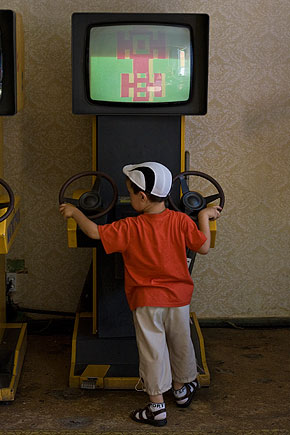