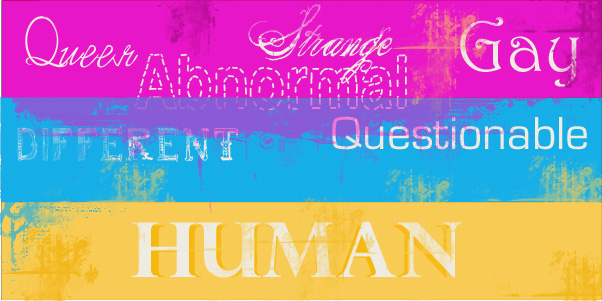 I like to tell myself (and others) that I am queer because of where I come from and the way that my identity in a changing political economy was formed. There was always a split, beginning with the fact that I was born a female into a tradition that saw my great-grandmother’s birth as excessive and which led to her being called “Bavakan”, the Armenian name for “Enough.” This became her name because her parents wanted a boy but kept conceiving girls, Bavakan being the 8th.

I was taught from early on to be ashamed, as if inhabiting a female body was a sin. My mother more than once shut down my questions, whispering secretively in the car with a male driver for me to not concern myself with questions about pregnancy, that there were certain struggles for women to undertake and separate struggles for men. I remember declaring that when I grew up I was going to be the president’s wife, already understanding from an early age that the world was set up in a way that excluded women from the position of presidency.

When my family immigrated to the United States in 1997, a whole new split was created in my identity. One thing that happened within my own family was the fear of this new world, especially for my parents who had grown up under Soviet rule and regarded much of “American” traditions/practices as foreign and therefore dangerous and suspect. As much as I assimilated outside of the home, inside I was still subject to the patriarchal, Armenian understanding of the world. My father always reminded me that “I was born Armenian and I was going to die Armenian.” This was hard for me to undertake because my world was so split between inside/outside, who I was taught to be according to where I was from and who I was becoming according to the English language and the NYC public school system. It wasn’t that I ever detested my Armenian roots or refused to speak the language, but somehow the Armenian words became replaced by the more easier and accessible English syllables and I found myself more and more involved in the melting-pot of NYC young adult life.

By the time I turned 15, it made sense for me to be attracted to a girlfriend of my age in the Tae Kwon Do school I attended. I knew all about why it was wrong and shameful to be gay, I had heard all the stereotypes about LGBT folks from the Armenian family who “eased” our transition from Armenia to NYC in the summer of 1997. They warned us of the bad neighborhoods, introduced us to all the stereotypes against Black and Latino people, and told us to watch out for the queers in the West 4th stop of the D line. Once when I was still in junior high school, one of the girls in my class accused me of being a lesbian and I had no idea where it came from, but I remember feeling so terrified that the term was being applied to me and so wrongfully, I thought! I started crying. Maybe I knew.

By the time I was 16, I was cutting school to take the train to the West Village in search of some kind of home. I was now one of the “weird,” “shameful,” “wrong” gays of NYC and my gut told me to fight against this internalization. I was still the same old me. Why did this one slight change in what I desired or rather, was open to, mean that I would no longer be accepted?

I have been meeting gay Armenians both in Armenia and in the US and telling myself that my parents cannot use the excuse of my assimilation to American culture as the reason for my rejection of heterosexuality. But it always comes down to that. When I moved out my parents could not understand why I chose to do so even though I felt like I was going mad living at home and leading such a double life. I still live a double life, but there is less anxiety over trying to maintain a lie, a shameful secret, who I have chosen to be, who I have become in this mixture of immigration from Armenia to the United States, from heteronormativity to queerland, from proper, passive woman to activist, feminist, artist. Because I cannot exist in a bubble, I claim an identity as a queer Armenian woman, but those are also secondary.

I would rather not have to be face to face with a system that creates categories to separate people. I cannot choose where I was born and the impact the earth and air of that place has had on me, nor can I choose the effect that living in a female body has had on my spirit and mind, but I should not have to constantly prove how I am woman, or Armenian, or American, or queer, or straight, or artist, or activist, or spiritual. And there are so many of us, immigrants, exiles, who do not fit in a box or live our lives in a linear fashion. I believe we are the ones who can guard the future against decay, standing against its winds, with our very lives, resisting.