By Contributor September 29, 2009 in Arts & Entertainment 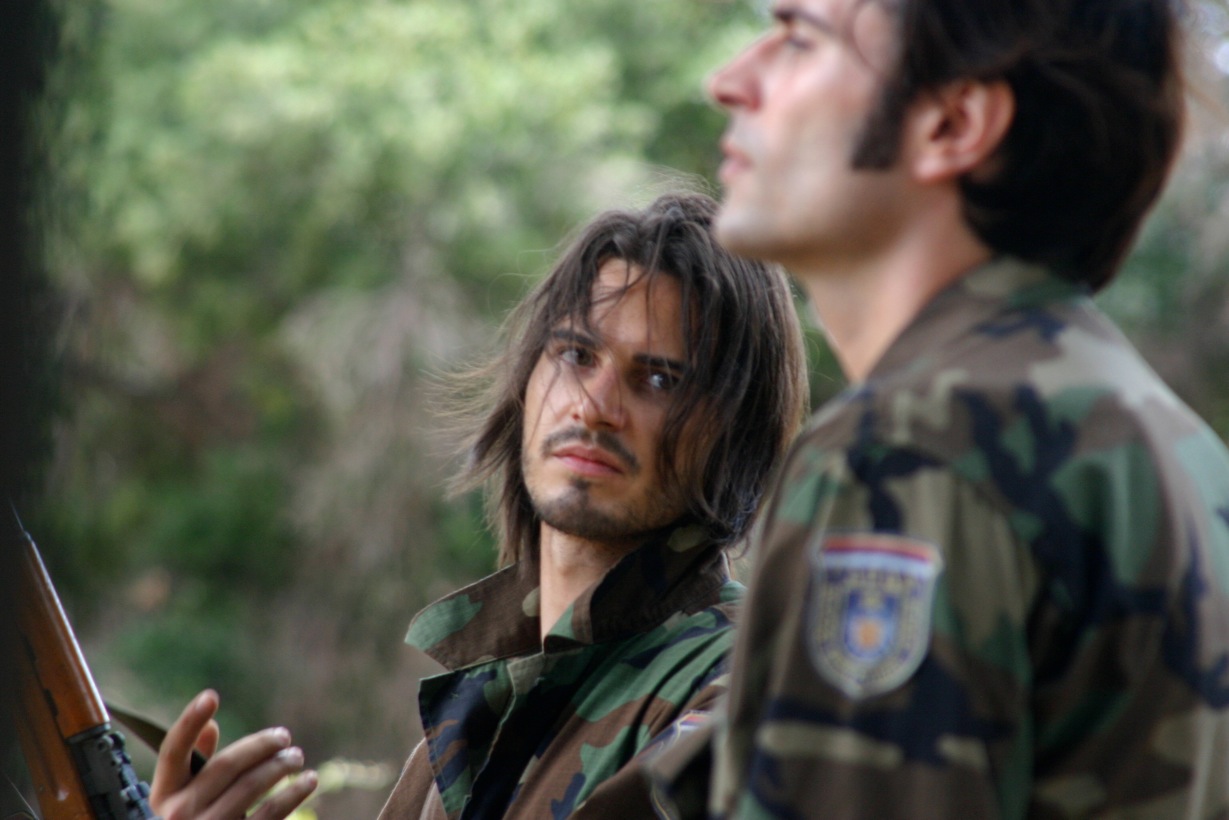 Based on actual testimony of soldiers on trial at the International Criminal Tribunal for the former Yugoslavia, “The Kolaborator” is a powerful short that surprises, brings about discussion and leaves you wanting so much more.

Directed by Chris Bessounian, who co-wrote the script with Tianna Langham, this 15-minute film follows Goran ( Mark Simich) as he transforms from a talented soccer player into a soldier who kills for the sake of patriotism. Goran’s job consists of lining up civilians, shooting them and depositing them in mass graves.  He soon becomes accustomed to his duties, that is until a familiar and dear face stands before him.

With the time, place and other small details that a viewer might crave left ambiguous on purpose, “The Kolaborator” manages to convey not just an interchangeable tragedy throughout several instances in history, but explore the thoughts and humanity of the person on the other side of the barrel. As Goran’s friend Assim (Jerry Hoffman) turns into his next victim, he struggles and questions the senseless killing of those whose religion or background might have been different, yet whose flesh and bones are one and the same, whether they’re meeting their death or wearing army fatigue.

“We want to put great distance between them and us in order to exclude them from humanity altogether,” Bessounian wrote in Moving Pictures Magazine, referring to human habits that cast off criminals as separate from the rest of society. “The Kolaborator” closes the gap between this distance, asking the audience to take a closer look and realize that perpetrators of crimes have a back story too.

Shot in 35mm film with contrasting colors between the bright green grass of the soccer field and the drab and dreary tones of the war zone signifying death and decay, “The Kolaborator” is a well-rounded and brilliantly written short with a deeper meaning that will leave you discussing the characters and circumstances well after the film is over.

My only complaint? I wish it was longer.