By Jennifer Manoukian March 20, 2012 in Features 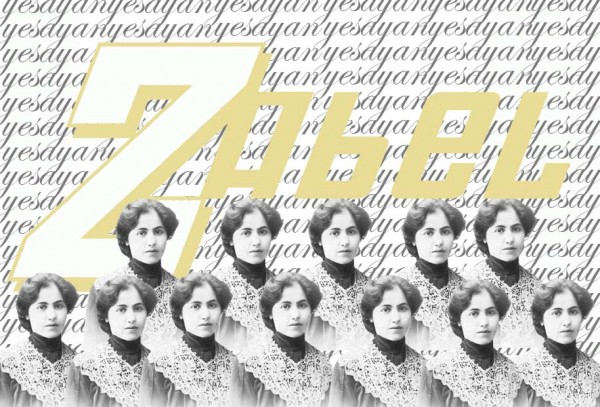 The second half of the 19th century marks a period of cultural reawakening for Armenians in the Ottoman Empire. As measures were put into place to liberalize Ottoman society and more freedoms were granted to religious minorities, the Armenian community gradually emerged from centuries of cultural stagnation. Due to more widespread access to secular education and reforms that strove to standardize the Armenian language, writing and literature flourished during this period.

Despite its intellectual vibrancy, Armenian society in Constantinople was not entirely hospitable to all those who sought to contribute their literary talents. In her autobiography, The Gardens of Silihdar, writer Zabel Yesayan alludes to the obstacles that she encountered, both as a young woman and as an aspiring writer, in the early years of her life.

Although during this period it was common for affluent young Armenians to be sent to Europe to finish their schooling, a close reading of Yessayan’s autobiography reveals a motivation other than a mere wish to follow social convention: her move to Paris represents a physical and symbolic dissociation from the various elements of Armenian society in Constantinople that would have prevented her from leading the contemplative life of a writer that she had envisioned for herself.

It would, however, be misleading to create a rigid dichotomy between Armenian and French societies at the end of the 19th century, by exaggerating the subjugation of Armenian women in the Ottoman Empire and extolling the freedom of women in France. These extremes were not universally applicable in either society and the obstacles that prevented acceptance into the intellectual sphere for both French and Armenian women were in fact remarkably similar.

The inaccessibility of higher education proved to be the most significant barrier for young Armenian and French women who sought careers outside the home. In the Constantinople of Yessayan’s youth, the majority of her contemporaries, both male and female, were not formally educated; research shows that 10 percent of Armenian men were literate in Constantinople at the end of the nineteenth century and points to a much smaller figure for women.

Primary and secondary education was initially reserved for children of only the most affluent members of society who chose among the various French and American missionary schools in Constantinople; the existence of these schools, however, quickly prompted the Armenian community to establish ones of its own.

During Yesayan’s childhood in the 1880s and 1890s, Armenian educational activists drew inspiration from these missionary schools to found Armenian schools, both in the capital and in the provinces, where pride in an Armenian identity could be instilled and cultivated; by 1883, there were eleven schools for Armenian girls in Constantinople.

Despite dramatic transformations at the grassroots level, the Armenian popular press was nevertheless marked by a series of heated debates that brought the issue of girls’ education to the forefront. There was a large spectrum of opinions: certain writers argued that girls simply did not have the mental capacity to grasp the abstract ideas taught in the classroom, while others proposed reform to the current state of instruction for girls—typically composed of French, music and dance lessons—after criticizing its failure to produce adults capable of functioning in the real world.

Undoubtedly oblivious to the contention surrounding her education, Yesayan was educated informally through her father and formally at Sourp Khatch, the neighborhood Armenian school. At Sourp Khatch, she studied history, French, Armenian and arithmetic. After graduating in 1892, at the age of fourteen, Yesayan laments in her autobiography:

“If I had been a boy, it would have been simple. I would have attended the well renowned Getronagan High School. Alas, nothing of the sort existed for girls.”

The absence of higher education for girls in Constantinople did not dishearten the young writer or cause her to question her goals, but instead propelled her forward and engendered an intense commitment to the pursuit of her ambitions. Her commitment was resolute. Although she was familiar with the critical reception of women writers who defied social conventions by entering Armenian literary circles, she did not voice concern that she may be received similarly, but rather expressed an unyielding determination to write professionally, whether respected or condemned. Even the forewarning of Serpouhi Dussap, a novelist who in the 1880s was the subject of harsh criticism by the same literary circles that Yesayan sought to penetrate, did not dissuade her:

Learning that I envisioned a literary career, Mrs. Dussap tried to warn me. For a woman, she said, there were more traps to fear than laurels to glean in literature. She said that Armenian society as it is now is not yet ready for a woman for make a name and place for herself. To overcome these obstacles, you must overcome mediocrity: a man can be mediocre, a woman cannot.

Yesayan accepts these words of caution as a challenge; after discussing her meeting with Dussap with some like-minded friends, they conclude that continuing their education abroad is essential to ensure that their writing will not be unfairly dismissed as mediocre. But the threat of future accusations of banality was far from Yesayan’s primary concern; in her autobiography, she emphasizes that public opinion never had any effect on her behavior or on her writing.

She was more concerned with what would become of her if she were forced to abandon her studies at such a young age. What would happen to her passion for writing? Would other responsibilities prevent her from immersing herself in her craft? She had perhaps asked herself these kinds of questions upon remembering the literary-minded women she had known as a child, who, because of various external pressures, did not have the opportunity to nurture their talents.

In her autobiography, she recalls one of these lost literary minds—Miss Ashjian. Ashjian was Yesayan’s kindergarten teacher, who had published a poem in the Armenian press, but obliged to teach rather than devote herself entirely to her writing, appears to Yesayan as a woman wistfully yearning for a literary career that never was. Throughout the school day, Yesayan notices that Miss Ashjian “often took a pencil and quickly wrote something down in a notebook, then stared into space dreamily.” The solemn, almost mournful tone of this anecdote—the tale of a young woman condemned to live a life that she had have imagined differently—reveals the importance that Yesayan attributed to continuing her education, in part to protect herself from a similar fate.

Despite the prevailing Orientalist idea that European women were inherently superior to their Middle Eastern counterparts, the trajectories of Armenian and French women in education were in fact quite similar in the late nineteenth century. In France, it was not until 1882 with the implementation of the Ferry Laws that primary education was opened to girls. Before this mandate, if parents were inclined to give their daughters a formal education, the only option available to them were schools under the auspices of the Church.

Juxtaposing the educational experiences of French and Armenian girls in the late nineteenth century reveals that the objective for both was the same: in both cases, education was first and foremost a means to train women to be good wives and mothers—educated just enough to raise a new generation of children for the prosperity of the nation. It was certainly not intended to stimulate intellectual curiosity or to encourage their participation in the intellectual or professional spheres.

Under the reign of Napoleon III, thanks to the efforts of his wife Eugénie, women were granted the right to study in French universities alongside their male peers. Yet, at the time when Yesayan attended the Sorbonne in the mid-1890s, foreign women greatly outnumbered French women in the university system. It was not until 1924 that programs on the national scale were created for young women interested in sitting for university entrance exams.

For Yesayan, as for many other idealistic young Armenians of her time, France was a symbol of freedom and equality; in reality, however, these grandiose philosophical ideals did not enact visible social changes in the lives of women until well into the twentieth century.

This essay is part of a series written in honor of International Women’s Day and Month. Stay tuned for Part II.

Jennifer Manoukian is a recent graduate of Rutgers University where she received her B.A. in Middle Eastern Studies and French. Her interests lie in Western Armenian literature and issues of identity and cultural production in the Armenian diaspora. She also enjoys translating and has had her translations of writer Zabel Yessayan featured in Ararat Magazine.  She can be reached at jsmanoukian@gmail.com