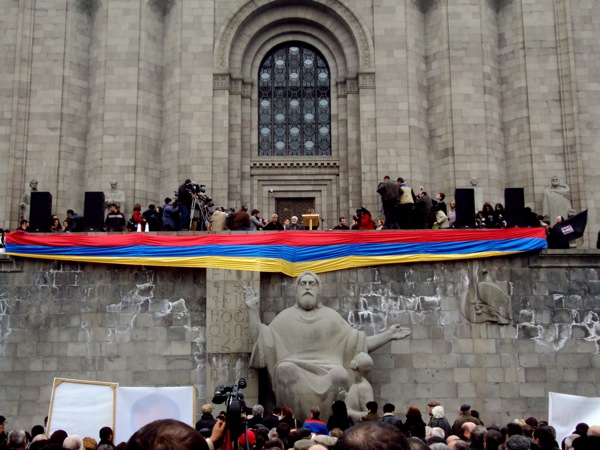 On Monday, thousands gathered in Yerevan to commemorate the deadly events of March 1, 2008, when large-scale violence broke out in the streets of Yerevan between police and oppositionists protesting the results of Armenia’s disputed presidential election two years ago. Levon Ter-Petrosyan, oppositionist leader and head of the Armenian National Congress, addressed crowds Monday night near The Matenadaran before oppositionist members marched through the centre of Yerevan. In his 50-minute speech, Ter-Petrosyan lambasted the current administration, criticizing its handling of the country’s current challenges and condemning the Turkish-Armenian normalization process as “humiliating.”

The  audio slide show below captures the state of affairs two years after clash.