By Contributor October 12, 2009 in Features, Society 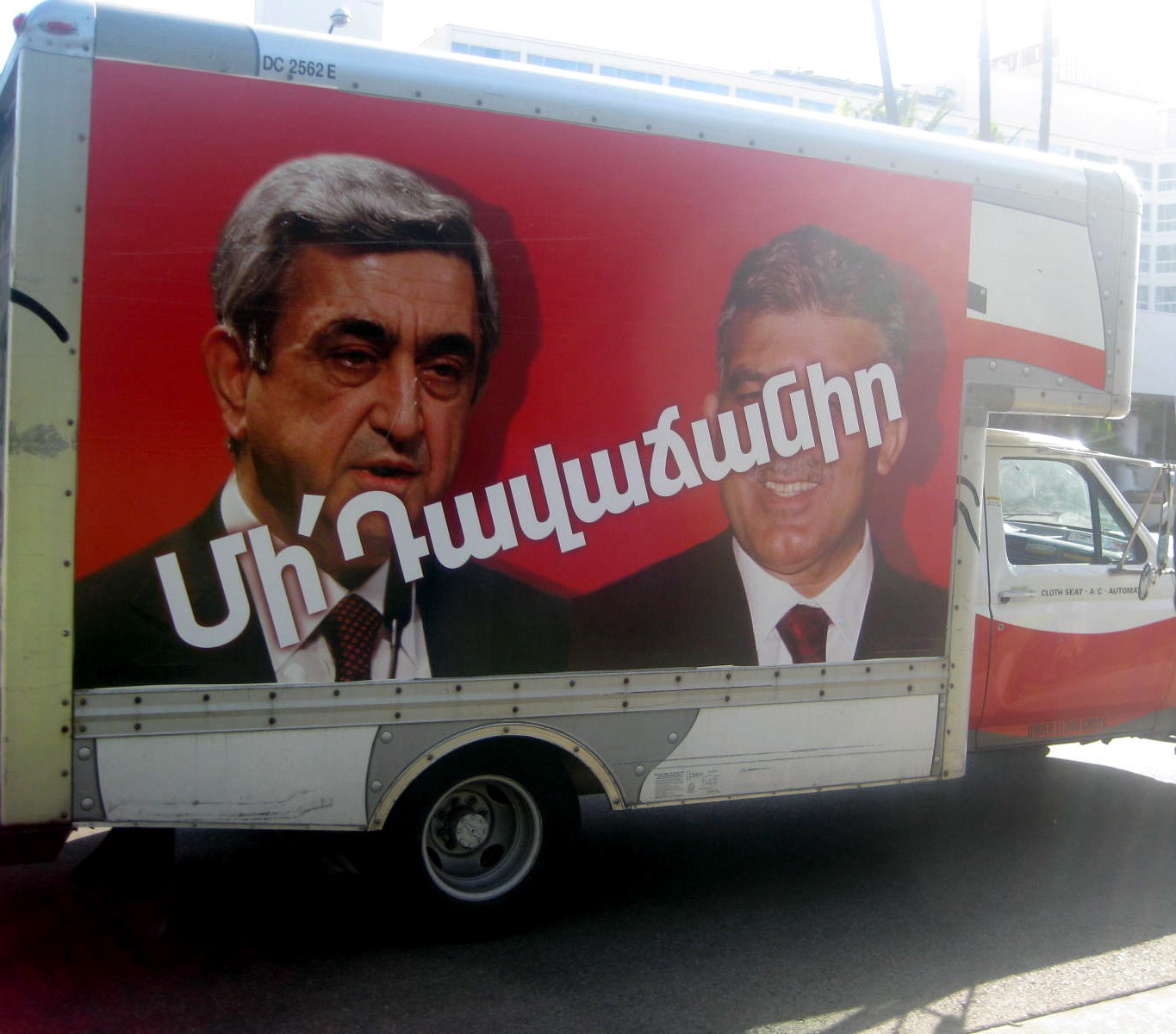 Protocols expected to establish a relationship between Armenia and Turkey after almost a century of hostility were signed in Zurich, Switzerland on Saturday, Oct. 10, with attendance from Armenia and Turkey’s Minister of Foreign Affairs Edward Nalbandian and Ahmet Davutoglu, respectively, prompting a wide array of reaction from Armenians and Turks alike.

The signing came on the heels of a week long diaspora tour for Armenian President Serge Sargsyan, where he was met with opposition from Armenians in Paris, New York, Lebanon,  Los Angeles as well as Armenia.

“President Obama, rather than honoring his pledge to recognize the Armenian Genocide, went in exactly the opposite direction, applying the full force of our nation’s diplomacy to twist the arm of a landlocked and blockaded Armenia – a nation still struggling with the brutal legacy of its near-destruction – into accepting a dangerous set of protocols that call into question this very crime against humanity,” Kachikian said.

Others like Vache Thomassian from the Armenian Revolutionary Federation, echoed Kachikian’s statements.

“To anyone or any organization ignorant enough to think that these Protocol documents don’t contain preconditions. All I can say is open your eyes. We have fought too long and sacrificed too much to allow our future to be dictated by this type of irresponsible and immature foreign policy,” wrote Thomassian on StoptheProtocols.

Sargsyan taped a statement about the protocols, which was translated by Public Radio of Armenia into English.

Although the majority of those protesting in the diaspora feel that the preconditions take away from and are detrimental the cause of fighting for recognition of the Armenian Genocide, Sargsyan reiterated that the protocols and any further relationship with Turkey does not call it into question.

“This is a well-known fact, which should be recognized and condemned by all humanity. The corresponding sub-commission of the intergovernmental commission is not a commission of historians,” he said.

Public reaction to the signing has been a mixed bag, with some using the event as a way to look forward to the future, while others are against them now more than ever.  Reaction on Twitter ranged from “humiliated” to “excited” to blatant anger and hope for peace.

Some however in the Armenian diaspora took a moderate approach.

“I was uneasy when there was a report that the signing would not happen, and then I was uneasy when it did,” said an Armenian Realtor who requested his identity be withheld. “Regardless of good or bad that may come from the protocols I think that the taking of such a step is a good step and I trust Armenia’s elected officials to take steps that are best for all Armenians.”

Mhair Zeitounian, a communications student at USC who is currently studying abroad in London sees the protocols as new and different and feels that Armenians, particularly those completely against the protocols should tone down their approach.

“We’ve been fighting and struggling and it has gotten us nowhere, so I don’t think it’s wise in saying, ‘Oh it will no longer be recognized anymore! Damn Sargsyan!’ because it was probably was never gonna be accepted by Turkey anyway,” Zeitounian said.

Recognition  of the Armenian Genocide has been a uniting cause within the Armenian diaspora, which is estimated to be around eight million according to the BBC, with significant populations in the United States, Russia, France and Lebanon.

Zeitounian, who independently organized a  march about the Armenian Genocide at USC in April said Armenians should concentrate on finding other ways to succeed as a cultural group rather than playing the victim card.

“Maybe the time has come where you give up on the struggle of recognition. Maybe it has kept us back on a race by acting as a gatekeeper for progress,” he said.  “It’s this victim mentality that has driven our overall attitudes. We act like nobody cares about us, and so we protest. Instead we should quietly find ways to succeed in every facet – academically, professionally. It can be a stepping stone for Armenians to finally move on and focus on bettering our native land and improving the cultural identity of the diaspora.”

Reaction from the Turkish side on the Facebook group “Turkish, Armenian, Kurdish Friendship,” was positive.

“Finally, Armenia and Turkey made a deal! Forever peace between Armenia and Turkey,” wrote a group member from Turkey on Oct. 10. The group, which has Armenian, Turkish and Azeri officers, boasts a total of 14,598 members.

According to Ismail Mutlu, an economics faculty student in Belgium, the Turkish government made the right move.

“This will expand our influence in the Caucasus region,” he said, adding that he worries about Azeris being upset with the signing. “Many Azeris are already upset, they see this as some sort of betrayal by Turkey. Those who believe some good will come of this are a minority. As for us Turks, we trust the state is doing the right thing as long as we don’t hurt our Azeri brothers. We got good concessions out of Armenia, specially concerning the genocide commission. Plus, open borders will give us more influence inside Armenia.”

Others like Joost Lagendijk of Turkish newspaper Hurriyet said the signing should be seen as a historic moment in a column published on Sunday, Oct. 11. Lagendijk, a Dutch politician that is chair of the EU-Turkey Joint Parliamentary Committee, said that the policy toward Armenia over the last 15 years has been one of the biggest mistakes in Turkey’s foreign policy.

“It was totally ineffective because it strengthened the hardliners in Armenia and in Azerbaijan who do not want a solution to the disputed Karabakh problem.”

Steve Levine, the chief foreign affairs writer at Business Week sees the deal as a sign that the South Caucasus is maturing – an aspect of the region that had been missing, he said on his site, Oil and Glory.

“If Armenia and Turkey actually put their hatred behind them, it seems almost anything is possible,” he wrote on his Twitter page.