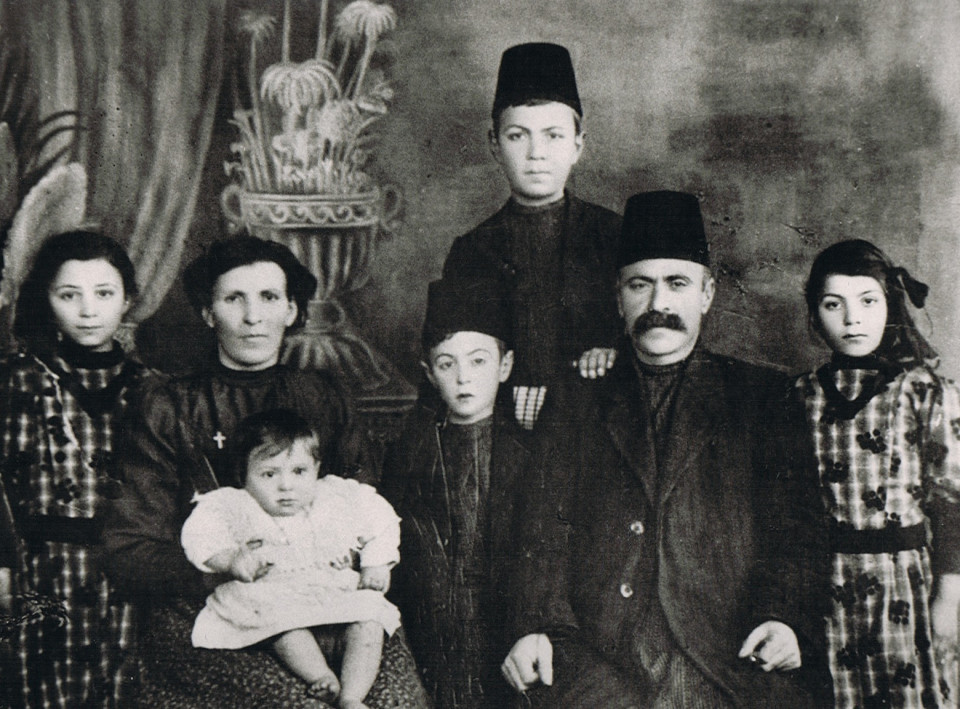 The author’s grandmother on the far left with her family in Aintab (Gaziantep), circa 1911. The family fled Turkey during the Armenian Genocide./Courtesy Aram Margarian

In 50 days it will be 100 years since the Armenian Genocide began.

No, Mr. Erdogan. What then happened was a barbaric attempt by the Ottoman Turkish regime to eviscerate the Armenians. It was a fully orchestrated, fully sanctioned massacre of civilians. It was a genocide and it happened.

How do I know it happened?

My maternal grandmother was 14-years-old at the time. When her family was forced to leave their home in Aintab (Gazaintep), she took books with her. She was told they would return in three months. She told me of her excitement at the thought of returning to school one day to resume her education.

She told me of those terrifying days, Mr. Erdogan. Of how relatives and friends would disappear and never return. Of how others didn’t disappear, but instead perished before her eyes on the side of the road, of how Ottoman soldiers struck people with their weapons because they could, how her family held a secret memorial for her eldest brother and a mysterious cloud of incense filled the makeshift tent, how her pious father never recovered from this loss and died weeks later, how those in her group were forced to rely on instinct to survive and how everyone knew that those shunted towards Deir Zor never stood a chance.

I know it happened Mr. Erdogan because the same stories, often more gruesome, were also told by the grandparents of every other Armenian child of my generation in the Diaspora. There would have been more stories too, had there been more survivors.

Do you ever wonder why the numbers in the Armenian Diaspora dwarf the population of Armenia today? Do you ever wonder what motivated Armenians to leave their historic homeland en masse in the throes of the Ottoman Empire? Can you think of another race of people in the history of the world that voluntarily decided to leave its homeland?

I am writing to you from Australia. I have relatives in Jordan, Jerusalem, Turkey, Armenia, France, Canada and the U.S. This is not atypical nor is it a coincidence.

Do you ever wonder, Mr. Erdogan, why there were around 2 million Armenians living in the Ottoman Empire in 1915 and there are less than 50,000 living in Turkey today? It’s not the fertility rate Mr. Erdogan.

I’m guessing you have fairly good access to the Ottoman Turkish archives so I won’t cite the primary evidence. I won’t cite the countless accounts from journalists at the time, or the memoirs of Ambassadors and diplomats from all corners of the world that were stationed in Turkey during those horrendous years.

I won’t even mention that countries like France, Canada, Uruguay, Switzerland, Cyprus, Netherlands, Slovakia, Argentina, Lithuania, Germany, Chile, Belgium, Russia, Italy, Venezuela, Lebanon, Poland, Greece, Sweden and Bolivia have all recognized that the Armenian Genocide was perpetrated by the Ottoman Turkish regime from 1915. 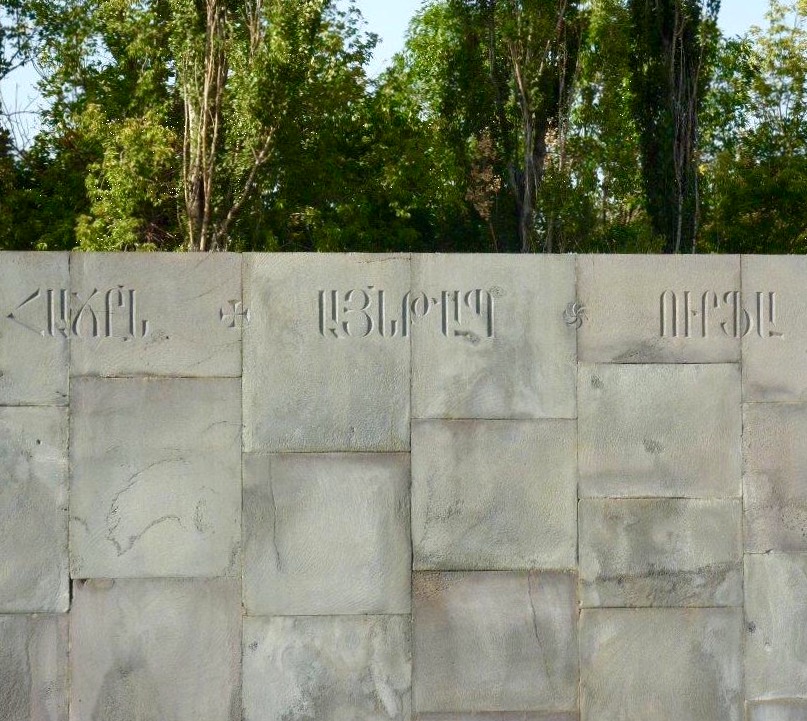 The names of Armenian-populated cities including “Hadjin,” “Aintab” and “Urfa” in the Ottoman Empire written in Armenian at the Armenian Genocide Memorial Complex in Yerevan, Armenia/ Courtesy Aram Margarian

Mr. Erdogan, this may not be immediately obvious, but an admission by your Government that the Ottoman Turks were fully responsible for the Armenian Genocide would have a huge and lasting impact.

Turkey and Armenia, and the relationship between the two would benefit enormously. The people of Turkey today have nothing to lose, nothing to fear. Indeed, an official recognition of and apology for the Armenian Genocide by you can only be positive. It would lift the shadow of the albatross.

My mother, who grew up speaking Turkish and Armenian in her home, still quotes Turkish proverbs. I still call my uncle “dai dai,” the Turkish word for a maternal uncle.

Mr Erdogan, two peoples cannot survive and flourish for centuries and in relative harmony without an appreciation of and a deep respect for each other’s culture.

I’d like you to put yourself in the shoes of an Armenian. You’re the same person, you’re the same age, have the same siblings but you’re Armenian and you live outside of Turkey. Which means the horrific accounts from your relatives would be seared into your memory. Which means you probably have family spread across Armenia, Lebanon, the US, France or Australia. Which means you heard how your mother’s family was decimated in the desert plains of Syria and how your father’s family tried to flee but that only he and his baby sister, your delightful “tantig” or aunt Anahide, survived.

You develop a thing for Turks. Every time you meet a Turk or hear a Turk speak on television, your mind instinctively goes back to 1915. It was a long time ago, you weren’t there and they weren’t there, but you can’t control how you think.

Growing up in Australia, there was a Turkish boy in my year at school. My mother knew from his surname that he was Turkish. He and I got on well enough and were polite to each other but even as an 8-year-old I could feel a barrier between us. One afternoon, he invited me over to his place to play. We walked inside and it looked and smelled like our house except darker. I was petrified.

Years later, on starting a new job I was introduced to a colleague. I knew instantly from his name that he was Turkish. Again, we were civil and polite to each other but that barrier was there again; there was a distance between us, a lack of natural warmth.

It doesn’t have to be like this Mr. Erdogan.

There are 50 days to go. In 50 days, Armenians and non-Armenians the world over will stop to commemorate the 100-year anniversary of the Armenian Genocide.

With a few simple words as the President of Turkey, you have the power to do what is right, to change the course of history and to make a real difference.

The choice is yours.

Aram Margarian is an amateur writer who writes mainly about sport but occasionally branches out into other areas. He is as proud to be Armenian as he is to be Australian. He has discovered that shaving before catching a flight in the US still makes him the randomly searched guy 100% of the time. He drinks lattes, always adds bacon and rants as @LordAram on Twitter.