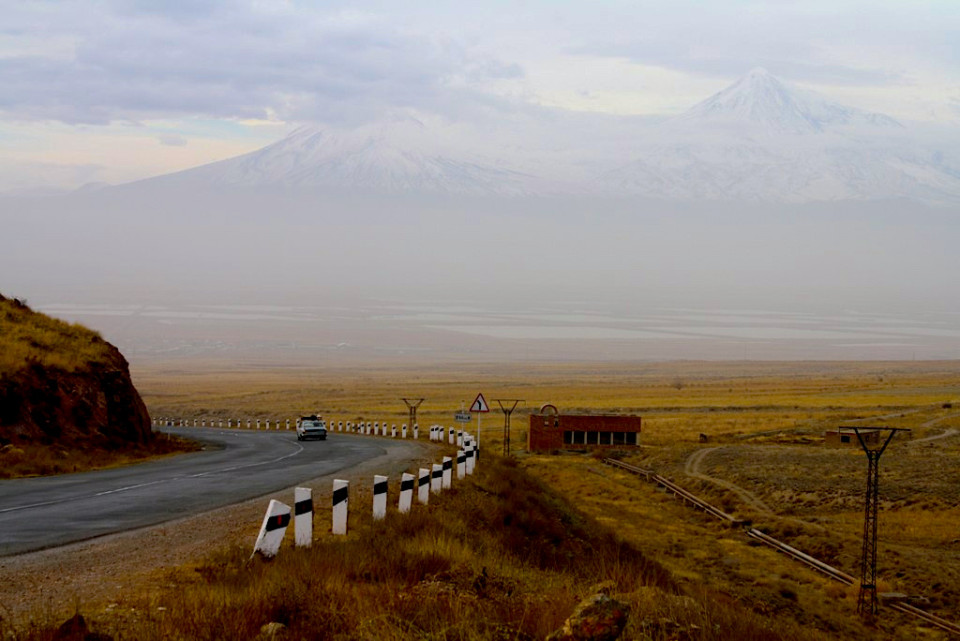 It began four years ago. After another April 24th, I decided to find an Armenian friend online to understand how the other side perceives the Armenian Genocide. It was just after I watched the Armenian Genocide commemoration in Yerevan. I talked about the “Armenian problem” as it is referred to in Turkey with an Armenian who accepted my friendship request on Facebook. Then the number of my Armenian friends quickly increased. I have made many online Armenian “friends” from Syria, Lebanon, France, Germany, Britain, USA and Armenia. I met some of them in Istanbul. None of them shied away from speaking to me about the subject of  Genocide. All of them were friendly and honest. Even though we started off with small talk, almost in every conversation, it circled back to the genocide. Whenever I tried to find political, historical or sociological explanations for deportations of Armenians during The First World War, they told me about massacres, rape, starving and maltreatment towards Armenians at that time.

We also spoke of the subjects which proved that we were similar in some ways. We talked about dolma, pastirma, baklava and Turkish coffee. Each of them had Armenian versions – dolma was called tolma, baklava was pakhlava and the coffee was of course Armenian coffee.

The main question that my Armenian friends asked me was this: “Are you sure you are not Armenian?” I was supposed to be Armenian as I was decent and thoughtful and on the other hand because Turks were perceived to be bad. So my answer to this question was always the same: there are good and bad Turks, just like there are good and bad Armenians, just like those in all nations and just like it depends on circumstances.

After four years of multicultural communication, I decided to travel to Armenia in 2013. People around me like my mother and friends were pretty sure that this decision was a big risk. What if Armenians do harm to me? I was about to travel to a country who was meant to hate me, as I was meant to hate it. I was told my decision was careless, but I didn’t listen. I knew two things: Armenia was a safe country and being a Turk in Armenia was going to be an exceptional and exciting thing.

In the middle of winter, I made my way from Istanbul, to Tbilisi and finally Armenia through the Georgian border.

A view of Mount Ararat from the Armenian side/ © ianyanmag

When we settled in the apartment on Arami Street, the landlady said we were in the center of the world. According to her, Armenia was the place in which life had begun. “That’s why I’m here,” I said. Then, she told me a short story about Yerevan: Mount Ararat doesn’t show his face to those he doesn’t like.

The best way to get to know a city is by walking and that was exceptionally true for Yerevan.  I walked in “Kentron,” or the center of the city, for a very long time. I walked along the streets the names of which I knew before: Teryan, Abovyan, Sayat Nova, Saryan, Moskovyan, Baghramyan and also Azatutyan street.

It’s another trauma for Armenians to see this grand mountain which floats over clouds, on the other side of the border.

I reserved Sunday for The Genocide Memorial and Museum. Unfortunately it was closed. But when I thought about this later, I realized that I did not miss much. I didn’t need to see pictures, films and other visual materials. My eyes were already wet and it would be the last thing to cry loudly there because I knew the great tragedy.

I spent quite long time in this minimalist and impressive memorial. There was almost 50 meter arrow-shaped steel which symbolizes the national rebirth of Armenians. Slabs are positioned in a circle, representing the lost provinces in Turkey. In the center of the circle, there is an eternal flame. That’s all; nothingness and emptiness fill your whole body, an interesting sorrow. They made a very long wall along the road towards memorial, with the names of Turkish cities which include Armenian populations that were massacred in Anatolia: Kars, Van, Bitlis, Mush and many more. The atmosphere makes you feel deep sorrow, hard to describe by words. 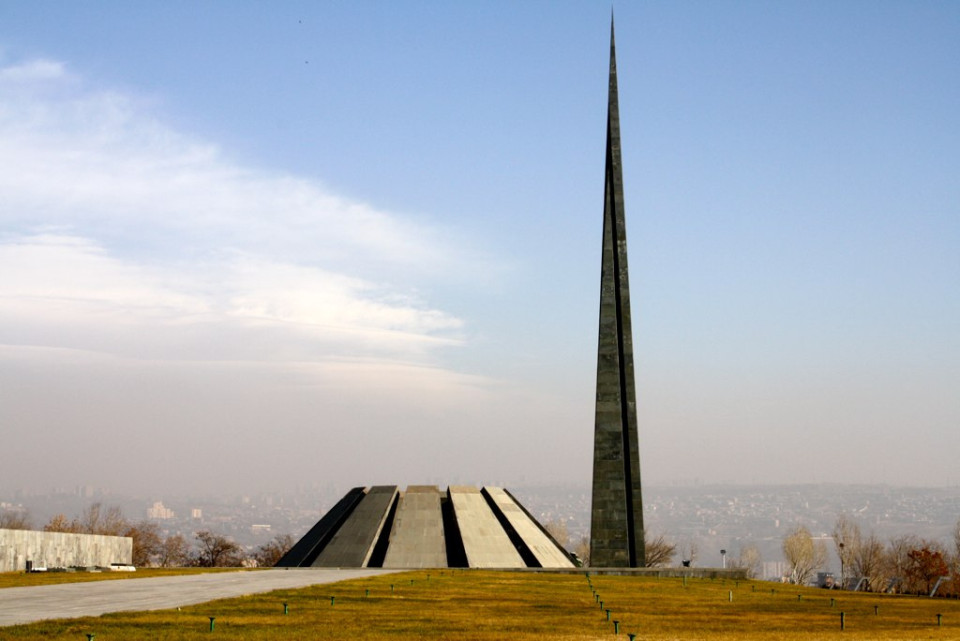 Built in 1967, the Armenian Genocide Memorial Complex sits on a hill above Yerevan and is dedicated to the memory of over 1.5 million Armenians who perished/ © ianyanmag

One night while in a bar, a patron got close, put his hand on my shoulder and yelled “are you Turk?” I replied “yes.” He asked me three more times, and three more times I said “yes.”

“I love Turks, but,” he began. Another sentence with “but” and another conversation about genocide for a long time, and literature and music and love.

Another day, I was waiting for another friend in front of the Opera House, I met several students and began to talk instantly – it was very easy to start a conversation as I was a foreigner. They asked me where I was from, I answered that I was Turkish and I was visiting Armenia. However, it was almost impossible to prove this, they tried to prove that I was Armenian indeed. For them it was almost impossible for a Turk to visit Yerevan and the only explanation for my warmness towards them was that I was actually Armenian.
While asking directions, meeting Armenians who can speak Turkish was another surprise for me. Majority of Syrian Armenians can speak Turkish. They wanted to talk about Turkish support to Syrian opposition forces rather than genocide. They couldn’t understand that support; to be honest I had the same opinion. They made predictions that Turkish policy would backfire and Turkey was going to part. I had no choice but to listen to them in a sad mood.
I was comfortable in the city as Yerevan was so safe, people were warm and friendly. After some jokes with Armenian friends, one night I decided to tell all Armenians I met that I was Turkish. I knew their responses but all in all it would be good to observe. I told everybody that I was Turkish while asking for addresses, eating something or paying my bill. The common reaction was almost the same; how nice that you’re visiting here,” “I have visited Istanbul” or “my ancestors were from Western Armenia” (I heard Ainteb, Kars, Van, Bitlis and Mush many times).

The one exceptional place I ate at was Sarkis’ place in Tumanyan Street, Mer Taghe (Our District). He is from Antep by roots. I had heard his name before I visited Yerevan. Eating lahmajoun in his place was on my to-do list.

I had eaten lahmajoun in many places in Turkey including Urfa and Antep where they were perfect. But I have never eaten such tasteful lahmajoun ever. Sarkis was so friendly, so were his employees. He said Armenians took lahmajoun to Anatolia. He added that they emigrated to Syria and other Arabic countries first, and then they brought the tradition to Armenia. It was hard to win the battle to be able to pay my bill. 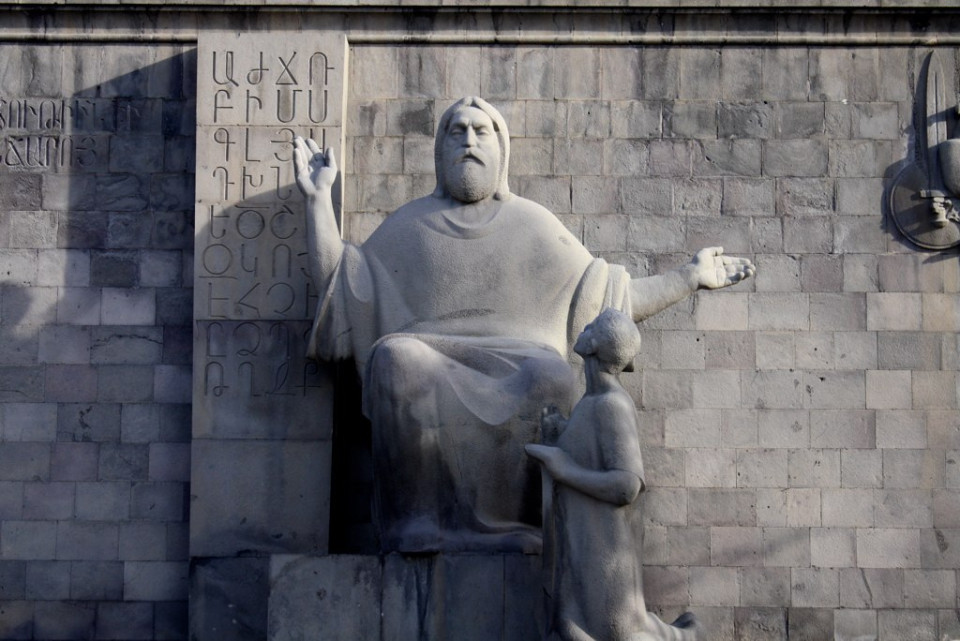 A statue of Mesrop Mashtots, the creator of the Armenian alphabet in Yerevan/ © ianyanmag

So what it is like to be a Turk in Armenia? I don’t know what it means to be a foreigner in Armenia. But I’m sure living or having a holiday in a hospitable and helpful culture must be extraordinary and good experience for Americans or Europeans. For a Turk like me it is not extraordinary. For somebody who has grown up in such a hospitable culture it is not a surprise when he sees helpful Armenians when you ask an address. Because like I always say: we don’t have a similar culture, we have the same culture. Beyond everything, being a Turk in Armenia is so special and extraordinary. Curious people begin to ask questions. The question they wonder is this: Why doesn’t Turkey recognize Armenian Genocide? Answers differ and priority changes but my answers were that way mostly: First of all Turkish people do not know exactly what had happened at that time. They know some uncomfortable incidents happened but the favorite theory is that Armenians collaborated with Russians therefore their betrayal had been eliminated and they were punished. In addition to that, behind the deportation decision within the same theory, they think Armenian militias attacked Turkish civilians so Ottoman authorities were obliged to take this decision. But we need to say that there is a strong propaganda and ignorance behind all that. Besides we should add that the “Armenian problem,” which is remembered only once in a year, is a very small problem for Turkish people w.

Considering intensive domestic politics and popular culture in Turkey, we can conclude that there is indifference to the “Armenian problem.” As a summary, people in Turkey are not interested in Armenians. Even if we overcome these problems, demand for land or claim for damages come into prominence for public opinion. And finally considering how people are hesitant to the idea that their ancestors carried out the genocide makes Turkey almost impossible to recognize genocide.

Hrant Dink said “We are two sick nations: Armenians and Turks. Towards one another. The Armenians are suffering an enormous trauma towards the Turks, and the Turks an enormous Paranoia. We are both clinical. But who is going to heal us? Is it the French or the US Senate? Who will give a prescription, and who is our doctor?”. And he answered this way: “The Armenians are the doctors of Turks, and the Turks are the doctors of the Armenians. There’s no other doctor or prescription apart from us, our medicine is dialogue”.

I agree with him. I hope one day our two nations can respect and accept each other again. As for me, I knew I left a piece of my heart in Yerevan and I was going to come here once again. I knew that my adventures with Armenia had just started.

Ertugrul Yilmaz was born in Artvin, Turkey, near the Georgian border, graduated from Istanbul University with a degree in business administration and now lives and works in Istanbul. He is interested  in history, culture and non-Muslim communities from the Ottoman Empire and Turkey.