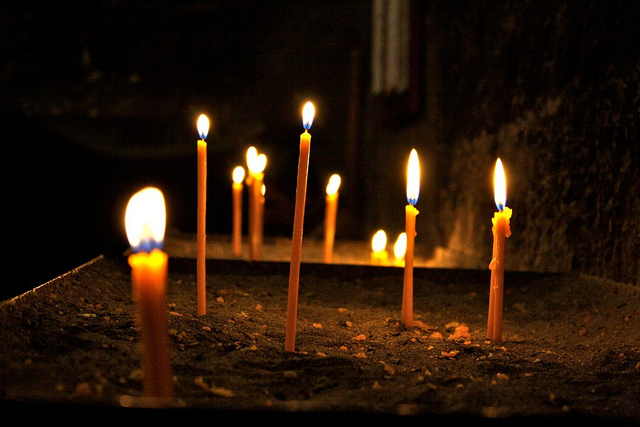 As we descend into the final hours of 2010, here is a look back at what ianyan brought you this year, from a review on HBO’s Jack Kevorkian biopic, to the cultural stigma experienced by gay Armenians, volunteering in Armenia, reactions to an elevated child abuse case and more. A heartfelt thank you to all who shared, commented, linked and emailed, our greatest motivator is the audience we serve. We are excited to see what stories 2011 holds. Health and happiness to you and yours.

Boston.com’s the Big Picture is one of the most awe-inspiring and breathtaking  photo series on the web. So when the site recently publishing an amazing look at Russia in color, a century ago, by 19th century photographer Sergei Mikhailovich Prokudin-Gorskii, we were tempted to do our own reoccurring photo show. Below you will find various photography that captures the life and times of Armenia found through Flickr, all using a Creative Commons license…read more

Wikileaks, the international organization publishing confidential and unavailable documents from anonymous sources released more than 250,000 classified US diplomatic cables to  El Pais, Le Monde, Der Spiegal, Guardian and the New York Times news organization today and has so far released a miniscule 220 documents on their own site, with more on the way. The documents have revealed a slew of information on how the U.S views the world.What does this mean for the countries of the Caucasus? Here’s a summary…read more

“I have a God,” proclaims Jack Kevorkian, “his name is Bach. Johann Sebastian Bach.” That one-liner in HBO’s “You Don’t Know Jack” should be enough to tell you that you needn’t  know Kevorkian’s moniker of “Dr.Death” to realize he was different. After assisting 130 patients exercise their right to die and serving an almost 9 year jail sentence, we finally get to see Jack Kevorkian as more than just “Dr.Death,” eloquently portrayed in this almost three hour glimpse of Kevorkian’s life- from his first patients, to his personal relationships and his strong-willed fight to make dying not a crime, “You Don’t Know Jack” never flat lines…read more

On a Spring day in 2008, Herbert Hoover High school in Glendale, Calif. planned a “National Day of Silence.” Organized by the Gay, Lesbian and Straight Education Network and held in April since 1996, the day was intended to recognize how gay, lesbian, bisexual and transgender youth have been “silenced” by harassment and bullying in schools.Some time before the event however, Naira Khachatrian, a Glendale parent took to the Armenian Media Group of America Inc. cable channel, for which she pays $500 to $800 for an hour long slot, according to the Los Angeles Times, to tell Armenian parents that the “National Day of Silence” was promoting a homosexual agenda and that children should be kept out of school on that day…read more

I’ve been living in Yerevan for the last four months. Originally from Los Angeles, I came here to work voluntarily through Birthright Armenia. I’ll miss a lot of things about Armenia; being surrounded by Armenian culture, my new friends, and tacos. Wait…what was that last one? Tacos? Yes tacos, something readily available in overwhelmingly delicious amounts back in Los Angeles has successfully made its way to Yerevan. Taco-Maco made its debut in earlier this year on Marshal Baghramyan Ave. So far, everything’s been going really good according to chef and co-owner Oscar De Loza…read more

When Danny Lovell, 25, received his country assignment from the Peace Corps, he looked at the word “Armenia” on his invitation—and paused. “I remember thinking, what’s Armenia? What’s in Armenia?”Lovell vaguely recalled studying the Soviet Union in high school, but he knew little about the South Caucasus country. “After I looked at the map, I thought it was in the Middle East because it’s located right above Iran, and I thought I was going to live in the desert for two years.” One month later, on May 29, 2009, Lovell said goodbye to his family in North Carolina and moved to Armenia with dozens of other Americans. For the next three months, the new class of volunteers, the 17th group since Armenia opened its doors to Peace Corps in 1992, underwent rigorous training in language and cultural skills…read more 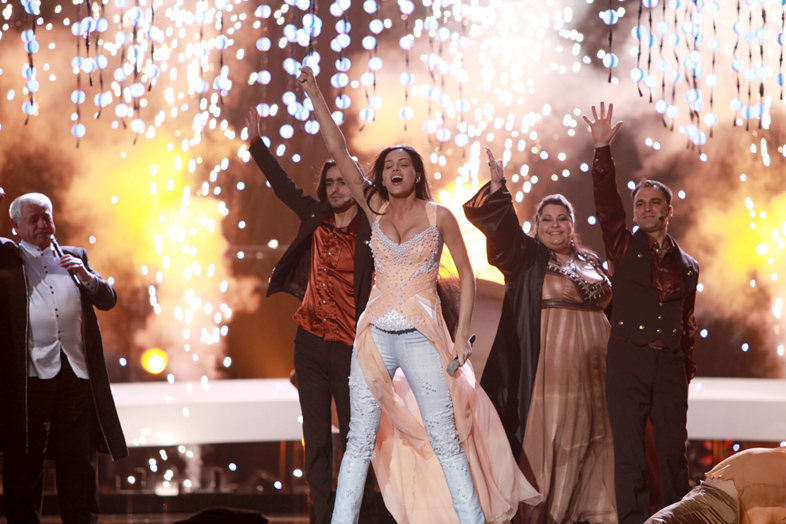 Kitsch lyrics, super sleek pop stars in shiny outfits that can be seen planets away and the silent sound of oozing cheese can only mean one thing in the spring time: Eurovision is here. Yes, the best and worst (well, maybe just the worst) of 39 countries have gathered for another year of frills and thrills, including  Eva Rivas and Safura, representing Armenia and Azerbaijan respectively. The ladies will go head to head in the competition which will have two semi-finals leading up to the final on May 29 in Oslo, Norway. Both countries are favorites to win along with a few others, with Azerbaijan’s Safura leading the pack…read more

I have encountered the phrase “but your name is,” countless times when I meet new Armenians and non-Armenians alike. Explaining to non-Armenians that my mom is the Armenian has never been too hard but it is the conversations with Armenians that always tend to get me. Most if not all half-Armenians with an Armenian mother have encountered this. You go to a church picnic or recognize an Armenian name in school, etc and introduce yourself. Everything is going fine and then you tell them your name. They get this look on their face, of slight confusion, like they’re trying to reconcile your claim to your identity with your obviously non-Armenian surname. Repeated experiences of this situation had slowly made me feel slightly ashamed when I told Armenians my name, every time I told somebody, it felt as if all the eyes in the room were looking at me, judging me, judging if I were authentically Armenian…read more

Forty-four alleged members and associates of an Armenian-American organized crime ring were arrested and charged with racketeering, identity theft and money laundering in the largest single Medicare fraud ever charged in a statement released by the Department of Justice.Arrests were made in New York and  Los Angeles,  with raids taking place in the Armenian populated city of Glendale, among other places. The Mirzoyan-Terdjanian Organization which spans nationwide and has strong ties to Armenia, has also been charged with the operation of at least 118 medical clinics located in 25 states that submitted over $100 million in bogus claims to Medicare…read more

While it dates back thousands of years, with notable authors including Hovaness Toumanyan and Gostan Zarian, Armenian literature has largely remained overlooked by the international community, but that might be changing in 2012, when Armenia’s capital city Yerevan will hold the title of  UNESCO World Book Capital. “It is the first city of the post Soviet space to be granted that title,” Alexis Krikorian, director of IPA Freedom to Publish program said in an email interview, adding that the title is an initiative which aims at fostering books and reading culture…read more

Anahit Tovmasyan is on a mission. For a year and a half, the Census Partnership specialist has been rallying the Armenian community in Los Angeles and beyond to prepare for the 2010 Census. Her effort includes making sure no Armenian gets left behind like they did in the 2000 count, which clocked the Armenian population at a little more than 385,000 leaving 75 percent of Armenians unaccounted for, she said. On the heels of the 2010 count however, a sensitive issue has been stirring as Armenians and dozens of other ethnic groups prepare to make sure they’re represented.The problem? The lines between ethnicity and race have been blurred as a new, shorter Census form asks questions about Race yet includes options like Chinese, Korean and Guamanian as part of the mix…read more 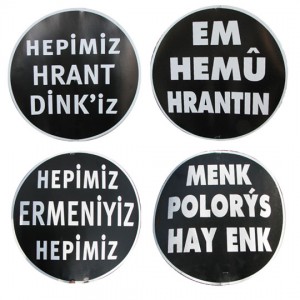 After Professor Jirair Libaridian began questioning the Armenian approach to the Armenian Genocide and Turkish relations, he formed a friendship with Hrant Dink, now known as the courageous editor of Agos newspaper who was killed at point blank range three years ago because of his beliefs. Professor Libaridian, who has served as an Adviser and Senior Adviser for foreign and security policy to former president of Armenian, Levon Ter-Petrossian and also as the First Deputy Minister of Foreign Affairs, took some time out for a conversation about his lecture, Dink and the current state of Armenian and Turkish relations…read more

Levon Avagian, a teacher at the Nubarashen #11 School for Special Needs Children was sentenced to two years in prison after admitting that he sexually and physically abused students in Armenia on May 25, yet activists close to the case are unhappy with the trials outcome. “The sentencing is very mild for the crimes he committed,” said Lara Aharonian, founder of the Women’s Resource Center in Armenia, in an email interview with ianyan. “This man sexually assaulted young girls, humiliated them in front of everyone, they were beaten.” While working as a teacher for children with special needs between 2006 and 2008 committed “violent obscene acts” against children under 16 years of age, reported Radio Free Europe/Radio Liberty on the day of the sentence…read more

Silva Harotonian, who had been detained in Iran since June 2008 on charges of fostering a “soft revolution” has been released, according to her employer, IREX. “We are pleased Silva’s difficult ordeal is now over, and we are grateful for the Government of Iran’s display of compassion to this vibrant and kind-hearted young woman,” the statement released on the IREX website by  President W. Robert Pearson said. Pearson also thanked the government of Armenia for “their engagement in securing Silva’s release.” Harotonian, an Iranian citizen of Armenian descent was on a trip to support IREX’s exchange program for maternal and child healthcare professionals in Iran and the United States…read more

I often think about what my life would have been like if my parents had decided to weather the Iranian Revolution and stay put in Tehran. At least on a superficial level I would look different, forced to wear a chador if and when I decided to step out of the house, but would my life be any different? Would I still have chosen the same career path? Would my priorities change? As a woman, there is little doubt that I would be subject to some kind of discrimination, certainly if I was involved in a movement or in media.  Having been raised in the United States, I will never know what my future in Iran would have been like and because I have never lived in Armenia, I cannot speak from first hand experience about the trials and tribulations Armenian women face in their country. As an Armenian-American however, a title I have finally begun making peace with, I can speak about the experiences, struggles, disappointments and long road ahead to progress women who struggle to blend two identities face…read more