By Liana Aghajanian August 23, 2009 in Features

Two months after the first protests in Iran took place after a disputed election between current president Mahmoud Ahmadinejad and reform candidate Mir Hossein Mousavi, after Neda Agha-Soltani was gunned down in broad daylight and became the symbol of an emerging revolution, after social media had an amazing impact that few had anticipated, the world from east to west watched and stood by in support of the Iranian people.

Along with the protesters who marched the streets, the country’s largest Christian religious minority of Armenians were equally affected by the avalanche of events taking place in the streets of their adopted country, even though many were thousands of miles away. 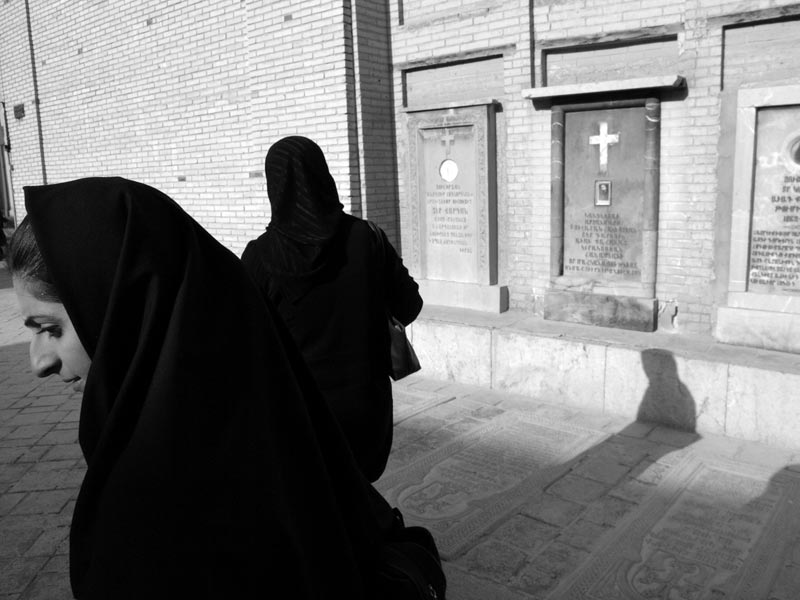 “My friends and family say they try not to leave their homes often because of the fear of being killed,” says Ariga Mirzakhanian, 21, a University of California, Irvine student.

“If a government is killed its own kind, just imagine what they would do to someone who is Christian and speaking against the government. Therefore, Armenians living within the country have to be extra careful as to what they say and try not to get involved in politics as much as they can if they want to stay alive.”

With a population of over 65 million people, Iran is home to many ethnic minority groups including Azeris, Kurds, Assyrians, Jews and Armenians. Though the last decade has seen the emigration of around 100,000 Armenians to the U.S and beyond, it is still home to a little more than 500,000 according to some sources, while the figure is at 150,000 to 200,000, according to Eliz Sanasarian, author of “Religious Minorities in Iran,”  who live in the capital of Tehran, as well as the Jolfa district in Isfahan and Tabriz.

Despite the relatively small community, Armenians try hard to keep their community and culture alive, while coming to terms with the rigid rules and laws of the Islamic Republic.

“We were born under Islamic republic rules and system, for us a lot of horrible things were normal. We got used to it, so I can’t say it was unbearable, but we had a lot of problems when I look at those days now,” says Armen Sarvar, who left Iran in September 2008. “Relations between boys and girls were so limited outside Armenian communities, music and alcoholic drinks were forbidden and women had to wear scarves in public no matter what their religion was.”

Now a student who also makes short films part time, Sarvar grew up during a time where his teachers would risk their jobs and possible safety to teach him and his classmates Armenian.

“The Armenian community was our only freedom,“ he says. “I took part in scout groups, sports teams and art groups. Those were the only places that we could be like normal youth. We would meet girls on those occasions and do activities besides studying in schools.”

The Ararat Cultural Organization in Tehran, which was established in 1944 and has its own football (soccer team) became like a second home to Armenians living in Tehran.

“Without Ararat, our lives would have been much more miserable, ” Sarvar says.

Ariga Mirzakhanian, a student at the University of California, Irvine was born eight years after the 1979 Revolution and left Iran with her family when she was 11-years-old.  She heard stories about what life was like before the change in regime from her parents and admits that she didn’t feel any patriotism towards Iran until the election and subsequent fallout, which attracted her interests.

“I am very proud of the students fighting for freedom in Iran,” she says. “This is the first time since the 1979 Revolution that people have spoken against the government. I wish them all the best in life and am waiting for yet another revolution bringing them freedom and democracy.”

The outpouring of support Armenians feel towards those protesting in Iran even extends to those who have never even walked the streets of Tehran.

“One of my co-workers came up to me and asked ‘why do you care about this so much? Aren’t you Armenian, not Iranian?” wrote Arin Mikailian, 23, a journalist living in Los Angeles, in a note on his Facebook page.”I’m not Persian. I don’t speak Farsi, I’m not Muslim and perhaps the most damning piece of evidence against me is that I was born in the U.S. I’ve never been to Iran.

I can name a dozen streets in Tehran and Isfahan off the top of my head, but I don’t think I know more than three cities in Armenia.

I’m grateful to Iran for allowing my people to thrive within its borders. I’m grateful that my parents left Iran without having any regrets about their youth. The Iranian people, the ones that were my parents’ neighbors, are compassionate and tolerant individuals. I feel like I owe them. That’s why me and my fellow Persian-Armenians, or Parskahyes if you will, will continue to watch and pray and hope for the best.” 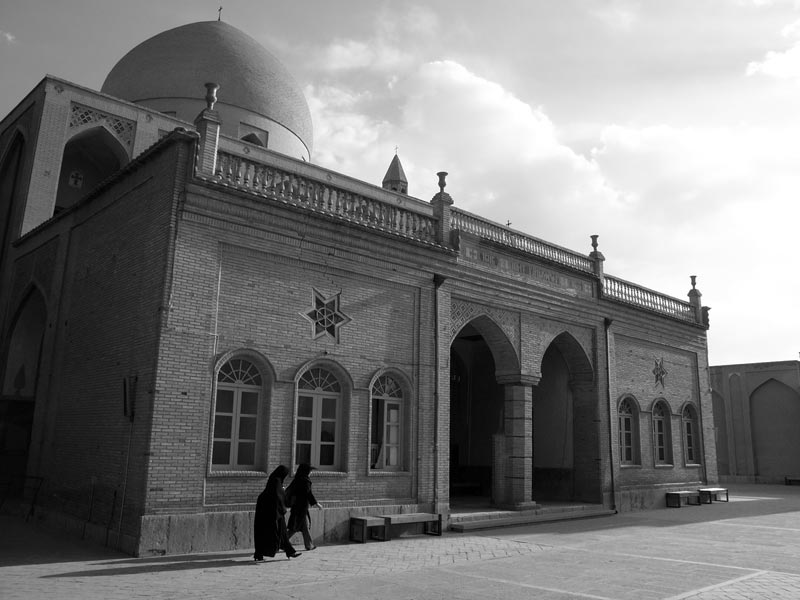 Armine Ghazarian, an Iranian-Armenian living in Los Angeles who  grew up during the Revolution and graduated from Yerevan State Medical University in Armenia, still has family living in Iran and wasn’t able to get through the line when she would call her father and sister during the height of the protests in June.

“I couldn’t get through for five days. They tried to call me and they couldn’t,” she says.

When she would get through during her calls, she would sometimes be connected to people that she didn’t know.

“I will never forget this girl’s voice. She started crying and telling me that they were killing them,” she says. “She told me that they want their freedom.”

Mirzakhanian has also heard news from family and friends about the vicious attacks of the Basiji, Iran’s volunteer militia who receive orders from Iranian Revolutionary Guards and Supreme Leader Ayatollah Khamenei.

“When the Basijis attack, people run to other people’s homes for protection. When this happens, the Basijis paint a small portion of the house with red paint and later they attack the house breaking doors, cars and windows.”

Ghazarian, who escaped  wearing the government mandated rousari or headscarf by cutting her hair short and hanging out with her brothers so often that she was mistaken for a boy, says she crashed her computer watching all the videos coming out of Iran from the protests.

“I just wanted to see the difference, the change, so many innocent people died, I don’t agree, I don’t think you can change the government – they’re get killed, but nothing is being changed,” she says. 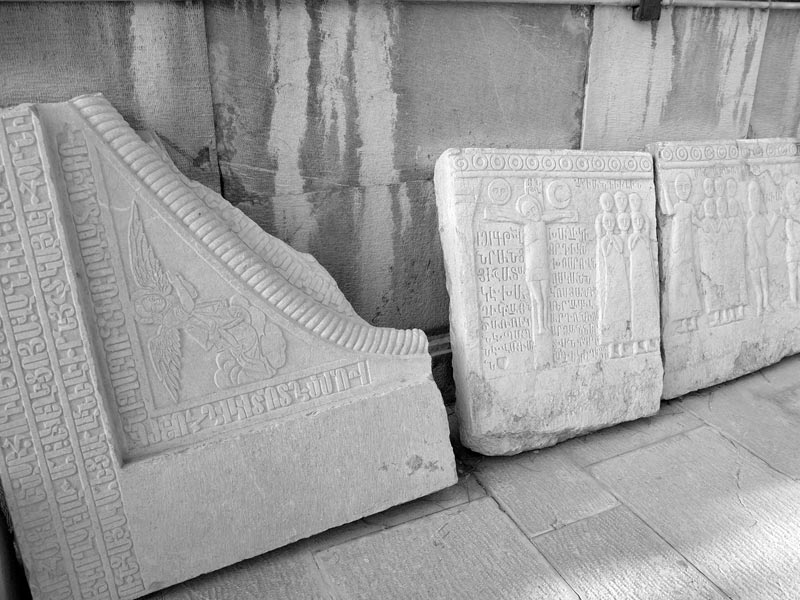 As the protests persisted and grew stronger, and cries of Allah O Akbar could be heard at night from the rooftops in Tehran, the aftermath became more than just about the election, and started to encompass the desires of a new generation who wanted progression and freedom. Mirzakhanian agrees.

Although it is unclear whether Armenians participated in the mass protests,  those who are now considered to be part of the Iranian-Armenian Diaspora took the opportunity to show case their support for the people of Iran.

Dozens lined the streets of Glendale, Calif., which houses the largest concentration of Armenian-Americans according to the 2000 U.S Census, with green shirts, photos of Neda,  Iranian flags and signs that read “Free Election Under The United Nations Supervision” while passerbys showed their support by honking for the crowd. Iranian-Armenians also held a candle light vigil for those who lost their lives in the protest. Even with the opportunity to protests thousands of miles away,  many wish they could do more.

“My heart goes out for those protesters. I can’t tolerate these atrocities towards them and I feel bad just sharing news and doing nothing more,” says Sarvar.

Still, others seem hopeful that both Armenians and Iranians living in Iran alike will be able to see a regime change that not only leave room for fair elections, but a democratic government that will bring progress and development.

“I am hoping for a free Iran. No one in the world should be denied of basic human rights,” says Mirzakhanian. “I wish them all the best in life and I am waiting for yet another Revolution bringing them freedom and democracy.”