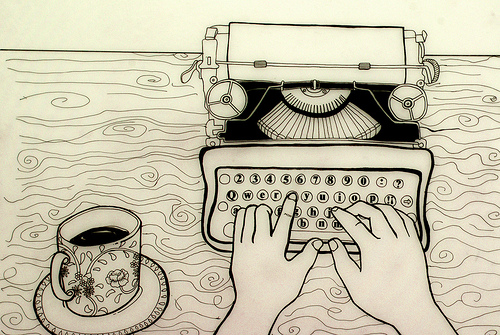 It’s hard to believe that six months of 2010 have already gone by. There have been amazing things happening at this humble website, which has grown immensely since the tires were put in place a little over a year ago.

Just recently, we published the first article in a series about what it means to be gay and Armenian, we hosted guest essays from independent voices during International Women’s Month, spoke to a good friend of the late Hrant Dink, presented alternative voices so rarely heard about the Armenian Genocide, spoke about unity in diversity in the Caucasus, put up our first video, spoke to a brave citizen journalist in Armenia seeking to uncover police corruption and even had the chance to review a much talked about HBO film about Jack Kevorkian.

We also published amazing stories from writers like Ashley Killough, a Fulbright Scholar who has been living in Armenia for almost a year and Avo John Kambourian, an Armenian Diasporan from Los Angeles who spent a few months in Armenia through the Birthright Armenia program.

None of this would have been possible without the support of a few amazing people who deserve to be named including Alina Aghajanian, Keegam Shamlian, Nathalie Nourian, Onnik Krikorian, Mika Artyan, Katy Pearce, Adrineh Macaan, Myrthe Korf, Fund for Armenian Relief, Nairi Hakhverdi, Ani Wandaryan,  Shushan Harutunyan, Arpine Grigoryan, Paul Chaderjian and so many more.  I encourage you to visit their websites and see what great work they are doing.

This past weekend, I had the privilege of being on a panel at AGBU’s Manoogian-Demirdjian school called “Journalism in the 21st Century.” I spent some time, along with multimedia journalist Paul Chaderjian and Allen Yekikian,  assistant editor and online media director at Asbarez News on answering questions, discussing the trials and tribulations of the journalism industry in its current landscape and how to come out of it alive as well as covering taboo topics in the Armenian world, which this site seems to be proudly built on.

You can view photos and a summary of the event here, at the blog of Paul L. Martin, a great English teacher at AGBU who organized the panel.

The day after, I found myself sitting with Paul and Allen at the Horizon Television sound stage, discussing the events of the previous day. Me. On TV. In front of people. Armenian people. I felt the anxiety set in and the nervousness take over, but overall it was a fantastic experience. You can watch it here if you like. The camera isn’t necessarily my friend and I promise I look better in real life. Really.

I honestly thought the only kind of feedback I would get would be hate mail, and here we are with over 300 fans on Facebook.

The people I’ve met, the people I have yet to meet, the stories I’ve done, the community that has been created, and most important, the minds that have been opened have all been a culmination of everything I hoped for, and it has only brought me closer to fulfilling lifelong dreams of working for the Los Angeles Times and New York Times.

And with that said, young Armenian and non-Armenian aspiring writers and journalists, here’s an open letter to you about your difficult yet rewarding ascension to the top:

Tell an Armenian Mother you want to be a writer and you’ll never hear the end of it. That’s  not a career, they tell you. It’s a hobby. You won’t make any money. Don’t you want to be rich and successful and comfortable? Why take the risk? Why cause yourself the pain? Why pour your blood, sweat and tears into something that will never be able to afford you that lovely suburban house that comes complete with a luxury car. Why do it? What’s the point?

The point is this:

Journalism is the air I breathe and the water I drink. It flows through my veins, in the form of ink and fonts and Associated Press Style Book rules and HTML and headlines and captions and attribution and facts.

It makes me feel alive.

One day without news, without writing and reading and learning and I shrivel up.

The rush and the thrill and the high of being a reporter is an incomprehensible feeling. I can’t explain it to you. It wouldn’t make any sense if I tried.

This career, this lifestyle, this writing and journalism business is not for the fainthearted. Get out now. Try your hand at accounting or law or some other respectable position. This is not for you. Listen to me, get out now.

You will struggle and you will over analyze everything you write. You will cry. You will hate yourself. You will wonder, “why did I do this?” You will experience depression and anxiety and who knows what else. This roller coaster will make you nauseous.

But if it makes you feel alive, if it brings you happiness, if it makes you feel like you’re making some kind of dent and difference in this crazy world, push hard. Push harder. Push like you’ve never pushed before. Do not give up. Get on the ladder of life and knock every peg down. You can do it. Putting in 100 percent is not enough. You need to turn that dial up to 150. You need to want it bad enough. You need to fight and produce and fight and write and fight and cry and then slowly, you’ll get that invisible armor and you can keep going. Listen to Nike:

You will tell them yes.