By Liana Aghajanian September 7, 2012 in Diaspora 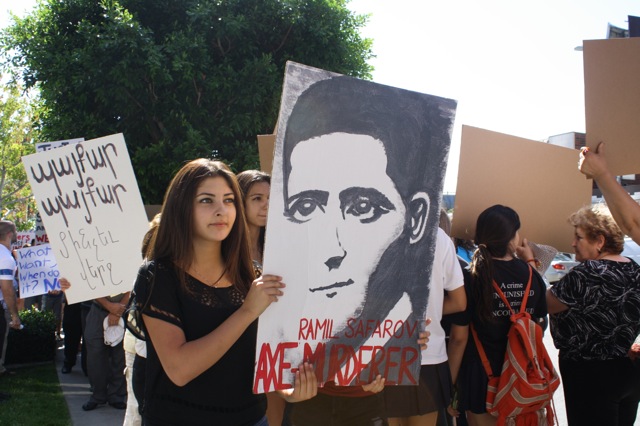 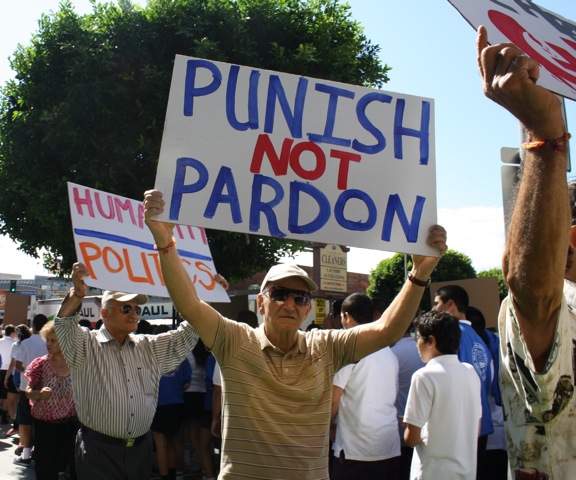 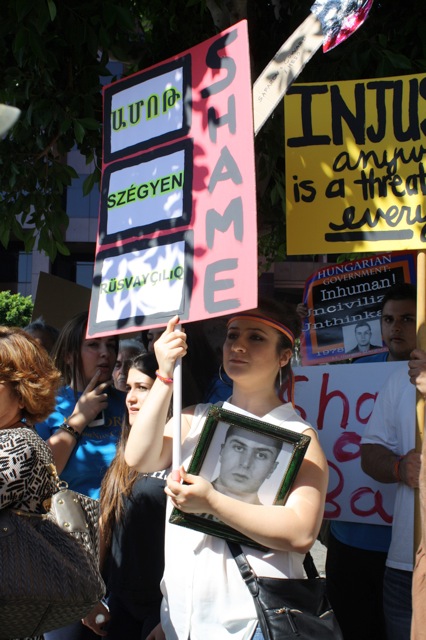 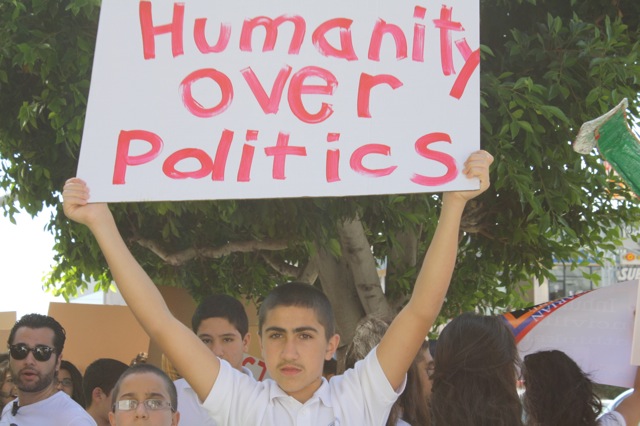 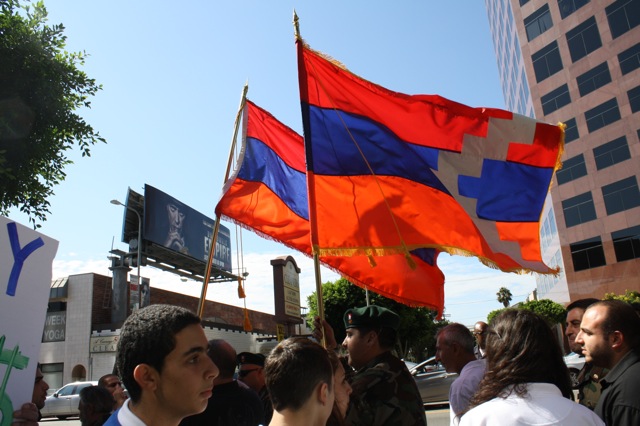 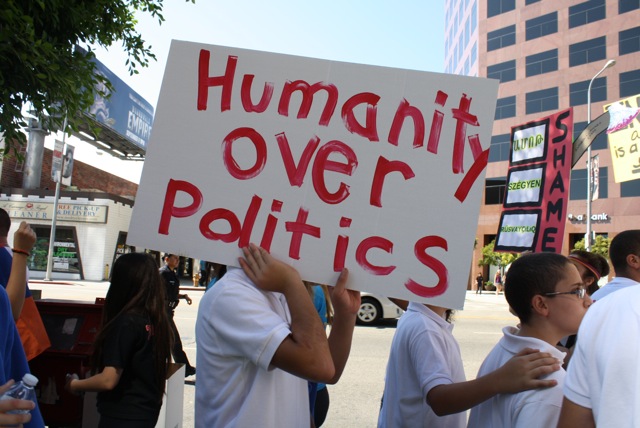 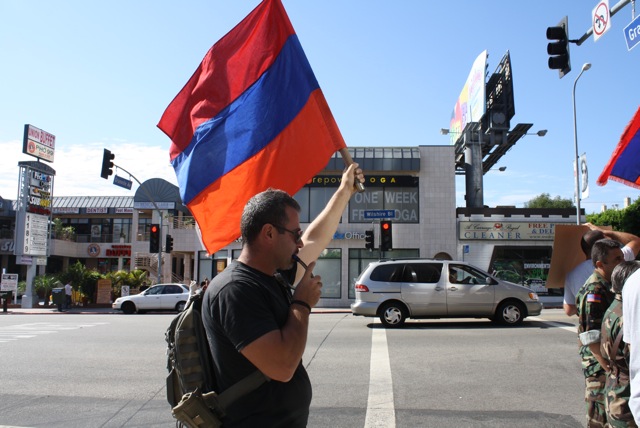 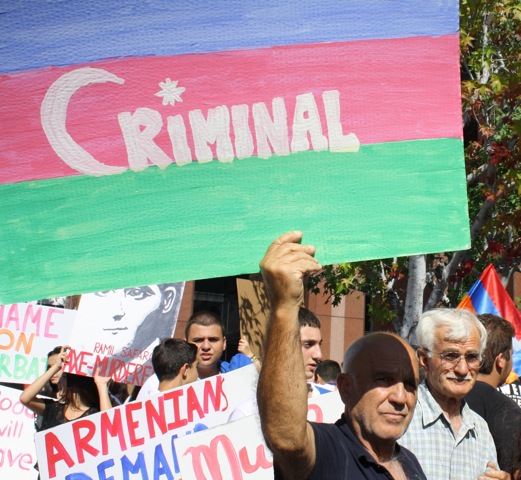 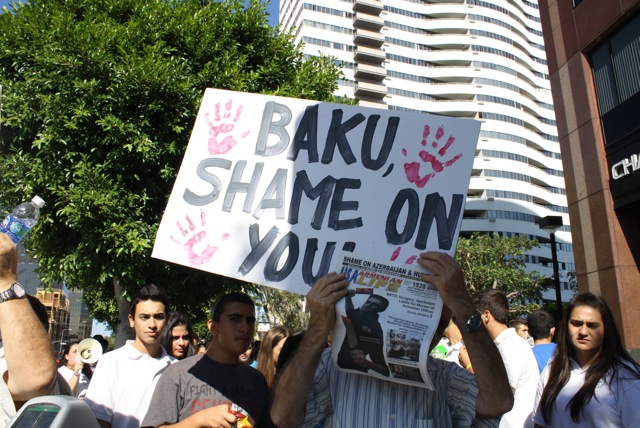 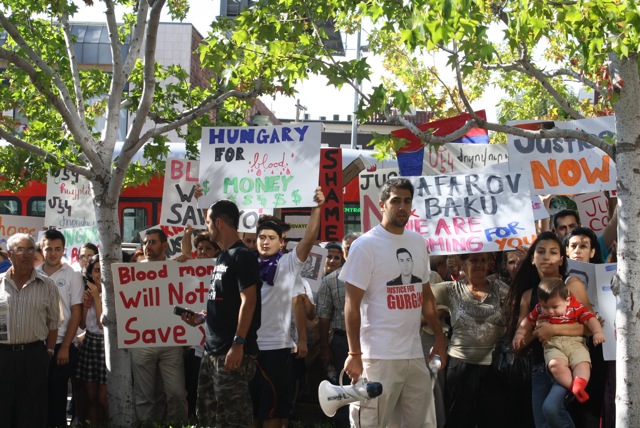 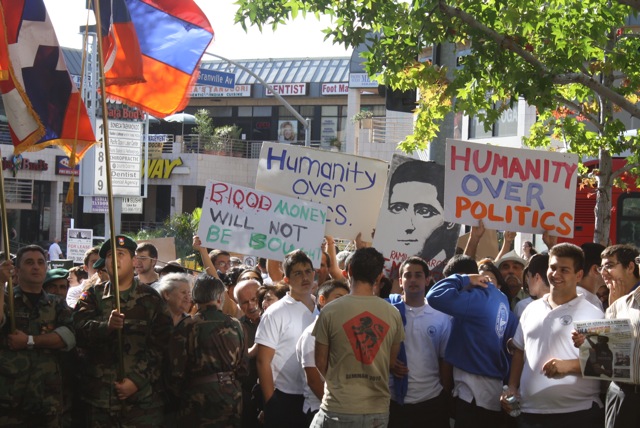 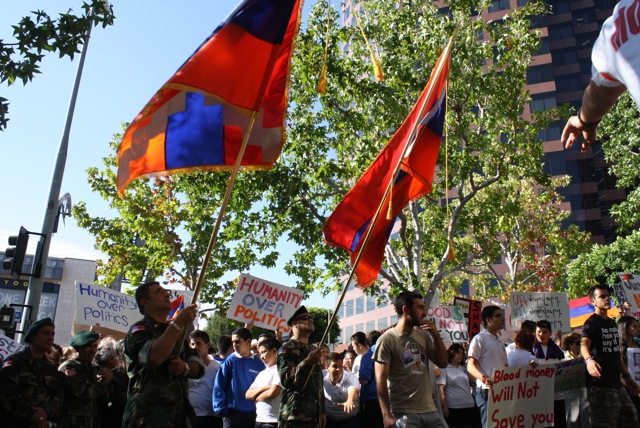 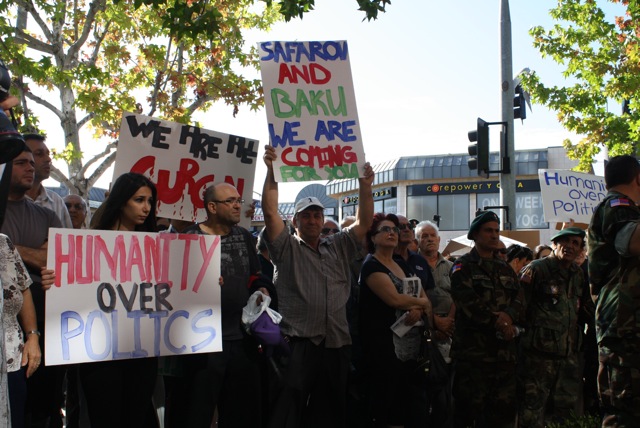 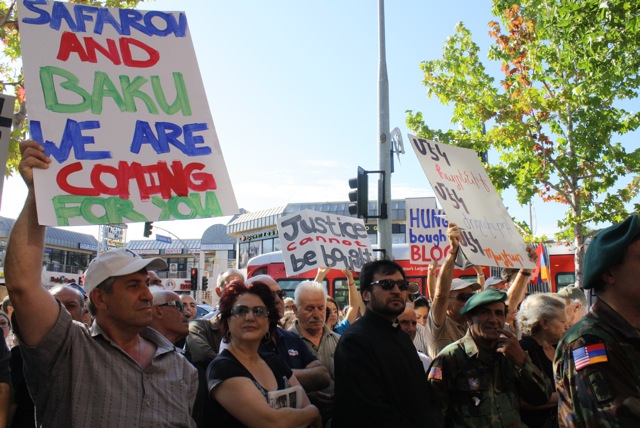 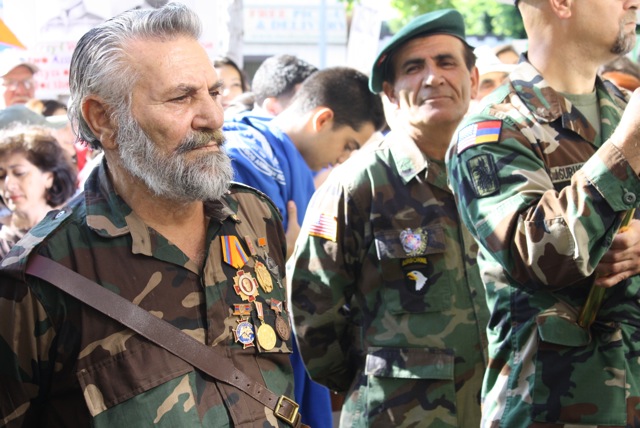 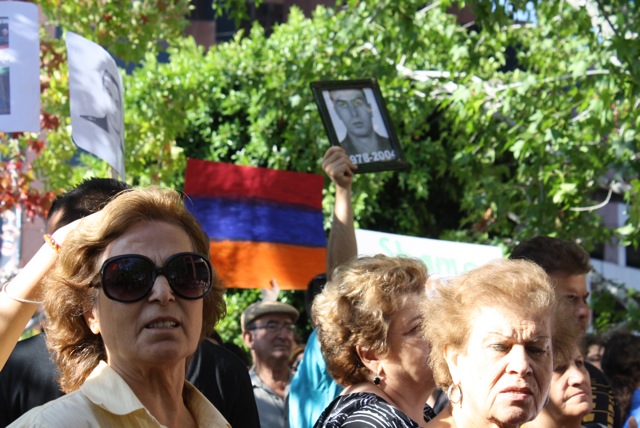 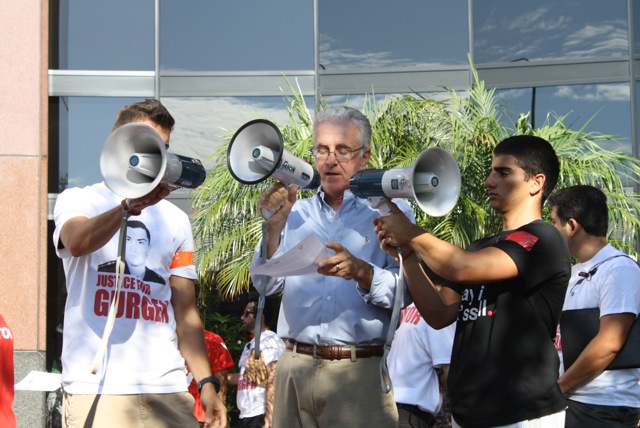 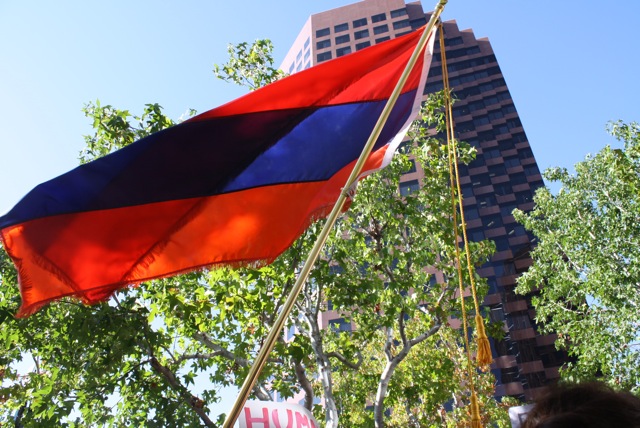 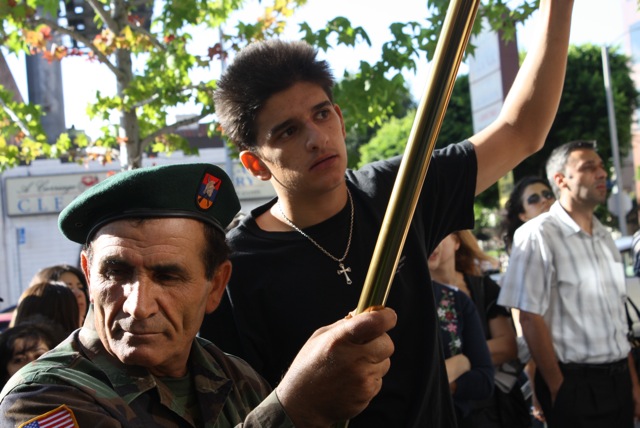 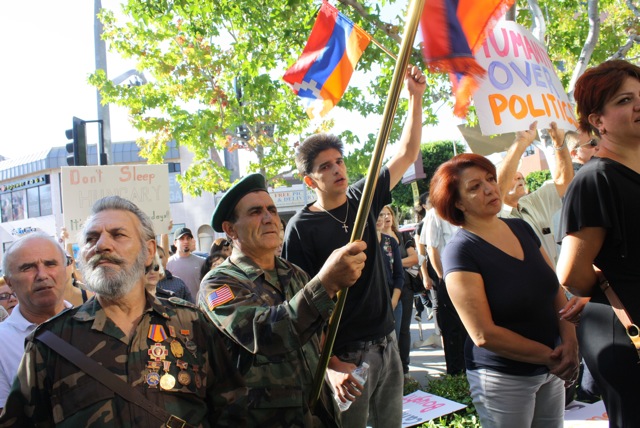 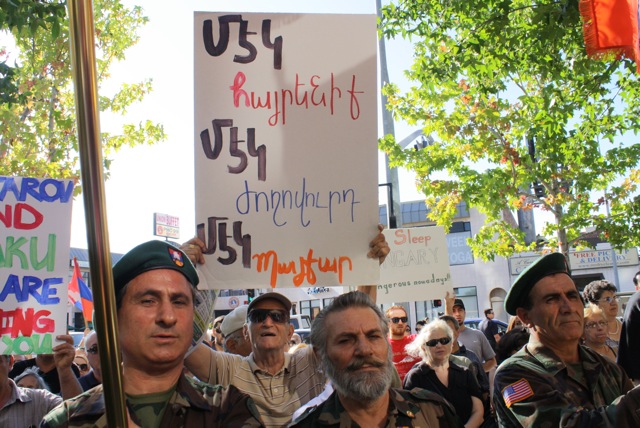 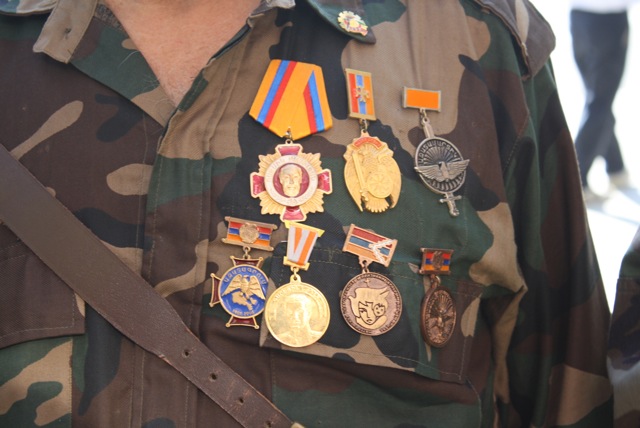 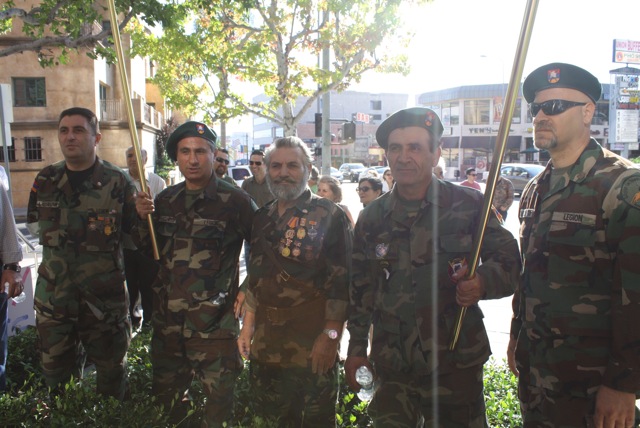 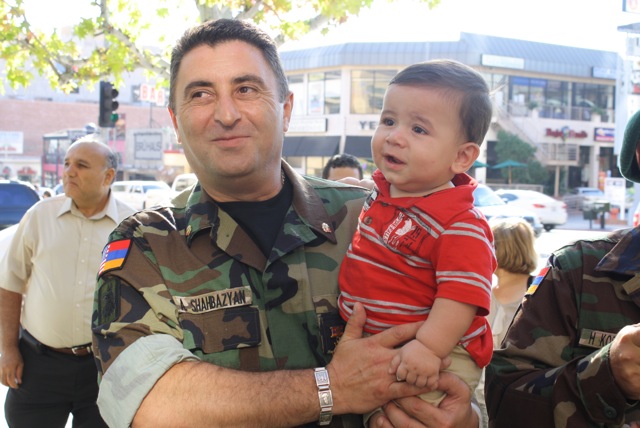 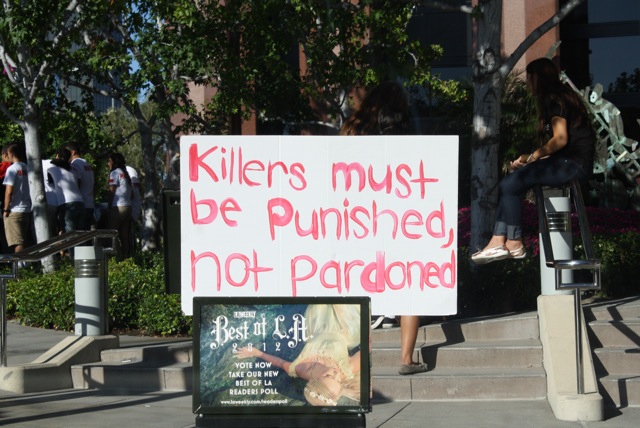 Following international protests in Armenia, Hungary, India and Argentina, around 400 protestors crowded the streets of West Los Angeles on Thursday afternoon to voice their dismay at the extradition of Ramil Safarov, an Azerbaijani military officer who killed Armenian solider Gurgen Margaryan with an axe while he slept, when both were attending a 2004 NATO “Partnership for Peace” conference. The crowd carried homemade signs, made use of slogans, and included a diverse mix, from teenagers to veterans of the Nagorno-Karabakh war.  Los Angeles Councilmember Paul Krekorian, the first Armenian-American elected to the L.A. City Council spoke at the event and along with organizers, attempted to make his way to the Hungarian and Azerbaijani Consulates to deliver a formal letter, though access by security detail of the representatives was denied. More details and context on the protest here: Crowd protests killer’s release

All photos by L.Aghajanian and  © ianyanmag/ Do not use without written permission