By Liana Aghajanian November 9, 2011 in Armenia

Steve Wozniak in Armenia to Receive IT Award 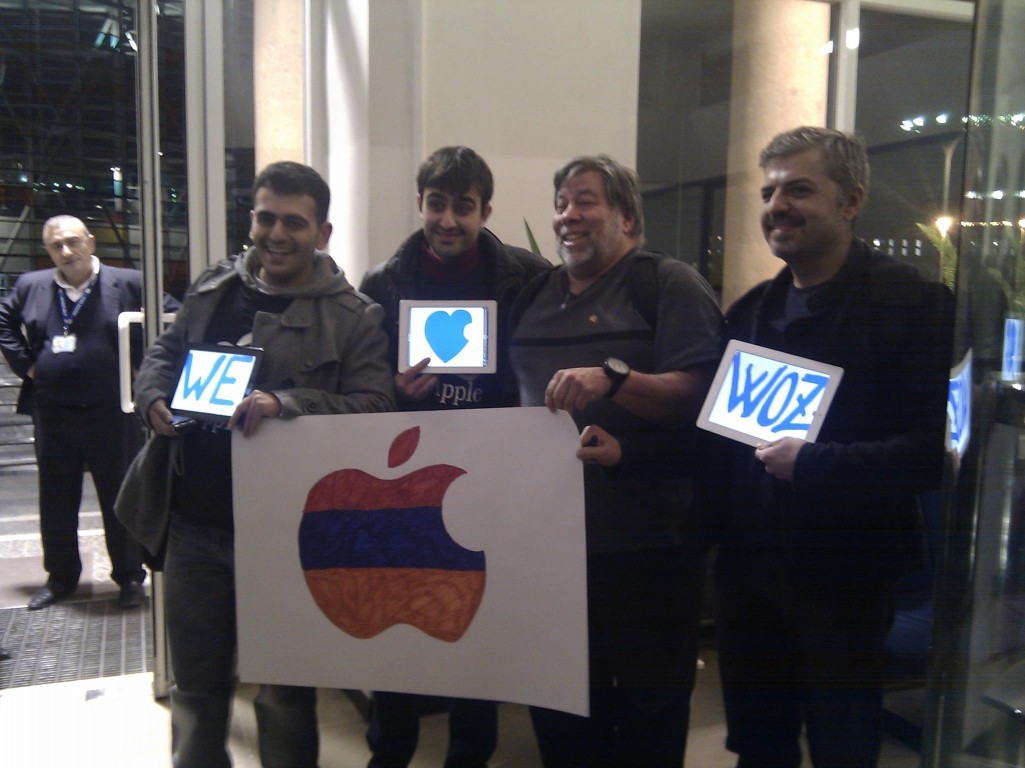 It could very well be  considered the unlikeliest place an Apple co-founder could end up, but Steve Wozniak has arrived in Armenia to receive a Global IT Award from President Serge Sargsyan himself for outstanding contributions to humanity through IT, or informational technology.

Wozniak, or “The Woz” as he’s known to fans, recently landed at Zvartnots airport to a crowd of Apple enthusiasts, holding a poster of  the Apple logo in the tri-colored red, blue and orange of the Armenian flag. The crowd included half of  the ArmComedy duo, Narek Markarian (left):

Wozniak, who founded Apple Computer Inc. with the late Steve Jobs, will be the second recipient of the prize. The first was awarded in 2009 to Craig Barrett,who served as the chairman of the board of the Intel Corporation.

Wozniak will have a packed stay, meeting with Prime Minister Tigran Sargsyan, government officials, IT business representatives, university representatives, students and scientists for his visit and receiving his award in a ceremony on Nov.10, according to the Public Radio of Armenia.

But before getting down to business, Wozniak took a break to enjoy the pleasure of Armenian coffee or “soorj”

Rich Goldman, who is Vice President Corporate Marketing & Strategic Alliances at Synopsys and 2008 Armenia Man of the Year according to his Twitter bio and seemed to be traveling with the Silicon Valley native who has Ukranian roots, snapped this pic of Wozniak and his dainty coffee cup: 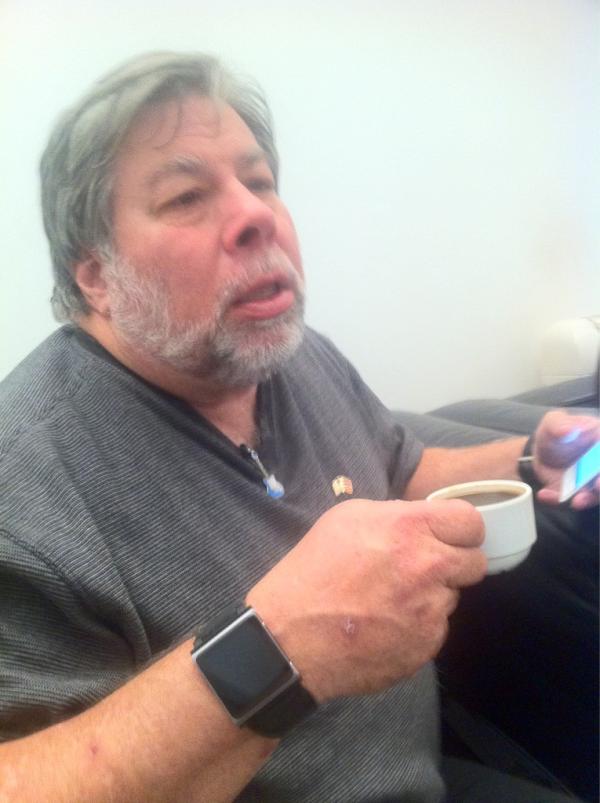 Wozniak, who now serves as the Chief Scientist for Fusion-IO, a Salt Lake City-based data storage and server company, and was previously (and hilariously) a contestant on popular American dancing show, “Dancing With the Stars” in 2009, revolutionized the technology industry, having been responsible for working to create the Apple I and Apple II computers in the mid-1970s.