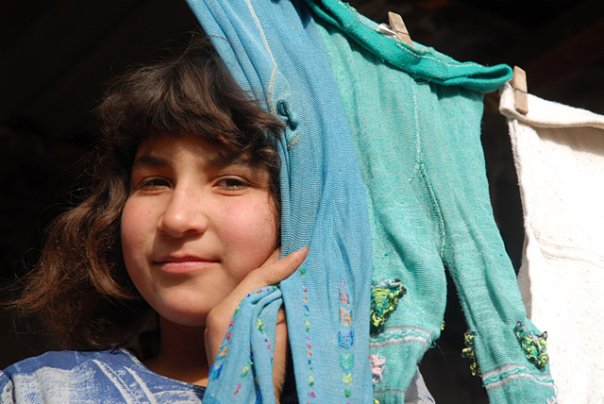 In Tsopi, a Georgian village close to the Armenian border, a group of 80  pupils study together at a dilapidated school with no running water or electricity. Although this scenario might not seem uncommon in parts of the world, the students, who are ethnic Azeri and Armenians might surprise you.  Armenians know the Azerbaijani language and Azeris know Armenian.  After countless years of war and animosity,  co-existence seems like a Utopian fantasy for these two groups.

However, journalist Onnik Krikorian is on a path to change that with a cross border media project focused on overcoming negative stereotypes in the South Caucasus.

The trip to Tsopi, in which two Azerbaijani journalists and a Georgian blogger accompanied Krikorian was the second leg of the project and supported by Transitions Online’s Steady State and the British Embassy of Yerevan.  It came about after a series of events, including a Caucausus BarCamp in Tbilisi in which Krikorian met several young Azeri new media specialists and bloggers who he keeps in touch with on a regular basis.

“I did this for two reasons,” Krikorian said. “Firstly, because it’s important for people in this region to have a real understanding of what’s happening in the other two countries and secondly because they were not what I was expecting. Perhaps I had my own stereotypes which needed overcoming.”

“As the months progressed I saw that there were more of these people out there and why wouldn’t there be?” he said. “Why wouldn’t a young Azeri be the same as a young Armenian? Or a young person anywhere, in fact.”

The real driving force to starting the project came in late 2008 when he accidentally found regional analyst and blogger Arzu Geybullayeva and her blog, “Flying Carpets and Broken Pipelines” whom he says he was thoroughly impressed with.

Although their first venture uncovered the inner workings of an ethnic Azeri wedding, in this trip, journalism students Vusula Alibayli and Khanim Javadova, as well as Georgian blogger and Global Voices Online author Dodi Kharkheli accompanied Krikorian. The quartet also posted updates throughout their adventures on their Twitter handle, caucasus project and discovered that Armenians and Azeris lived, worked and celebrated together despite public opinion and negative perceptions on both sides.

In one post by Alibayli, we meet Faiq Ahmadov, an Azeri Tsopi resident who although says it is tradition for boys and girls to marry into their own nationality, sees his own ethnic group and Armenians as sisters and brothers.

“For instance, if my son wants to have an Armenian girl as a wife I wouldn’t mind,” Ahmadov is quoted saying. “If their family is friendly, frankly, why not? So what, they are Armenians? Bad is everywhere bad.” 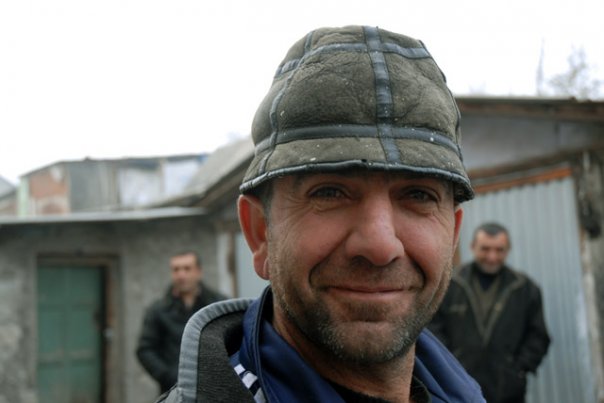 Another post by Krikorian highlights Alexi and Margarita Petrosyan, owners of a tea house in Tbilisi who it seems have remained untouched by the turmoil of the region. His favorite memory from the trip, Krikorian remembers the Petrosyans who spoke both Armenian and Azerbaijani to two Azeris from Baku.

“This felt as the Caucasus probably should in a perfect world,” he said. “It was so refreshing and less mundane than the mono ethnic environment that Armenia and Azerbaijan have descended into since independence.”

When asked what he hopes to accomplish with this project, Krikorian says he’d just like to get people thinking.

“There are too many stereotypes in play in both Armenian and Azeri circles. I’ve even met young Armenians who think that there are no bars in Baku because Azeris are moslems, for example, or that Azeri girls cover their heads,”he said. “Moreover, although there has been an attempt to portray Armenians and Azeris as “ethnically incompatible,” nothing could be further from the truth. Indeed, I’d argue that the two people are so very similar, and especially if you look at culture, music and dance. There are even overlaps in terms of language. I think it’s important to realize that it is wrong to dehumanize the other side in conflict. This doesn’t help its resolution and actually prevents it.”

The fact that there is still some corner in the world where two ethnic groups with loaded histories can interact and live together in peace leaves room for hope, a notion that is evident by the comments left on posts as Transitions Online. 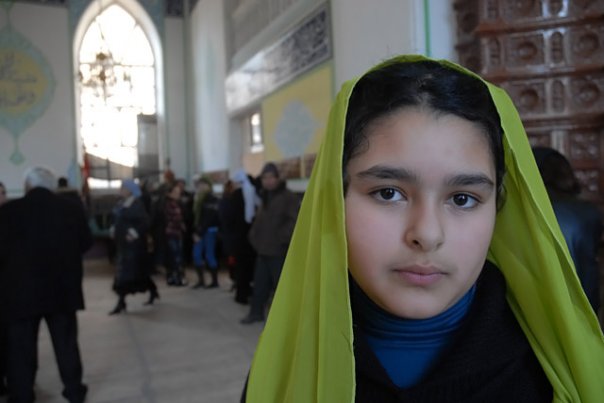 “My mom used to always tell me how in her village she had friends who were Russians, Armenians, Jews and never really mattered. Everyone got along so well,” wrote Geybullayeva. “It doesn’t matter for me either. I have many Armenian friends and I hope this what you and people like you are doing is beginning of a fruitful and peaceful Caucasus.”

Another commenter named Narmina echoed the same sentiments on a Frontline post.

“It is so nice that there are people who want to see South Caucasus united. I hope that one day end will come to war and hate between nations in Caucasus. We have to be united and support each other!”

Kharkeli, a citizen of Georgia writes about the yearning for peace in the region as well.

“If people from Georgia, Azerbaijan, Armenia can coexist here, then surely they can coexist anywhere. Maybe I am a believer of “happily ever after.”

The project plans to continue and highlight instances where those from different backgrounds can coexist in harmony, said Krikorian.