After coming away with three medals in the 2012 Summer Olympics, Armenia, along with 163 other nations have stayed put but changed athletes to participate in the 14th Paralympic Games,  the world’s second largest international sporting event exclusively for athletes with physical disabilities, including amputations, blindness and cerebral palsy.

Like most of the former Soviet Union, people with disabilities in Armenia, although often looked after by the state, remain isolated from society and stigmatized, which makes the country’s participation since the 1996 Paralympics in Atlanta, Georgia all the more significant. 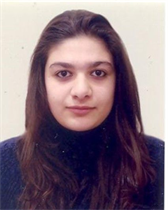 This year, Maga Hovakimyan and Greta Vardanyan are representing Armenia. Hovakimyan, who is 17, will participate in the Women’s 100m Breaststroke and Vardanyan will participate in Women’s Powerlifting. Vardanyan, who is married and has one daughter, according to News.am, has been a professional weightlifter for seven years. She competed in the Paralympics in Beijing in 2008 and won a silver and bronze medal at competitions held in the United Arab Emirates in 2011.

According to a report by the British Council [PDF] almost a year before the Armenia team was chosen and headed to the Paralympics, Vardanyan was excited to participate in the games.

“Such events do motivate us to exercise and practice more”, the report quoted her saying. 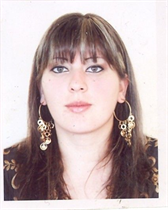 Vardanyan lost her legs during the 1988 Spitak Earthquake when she was just two years old. But that has not deterred her from reaching her goals.  She encourages others to follow her lead.

“My advice is not to give up and continue struggling. My aim is to show good results in London 2012 and I think it is worth struggling”, said Greta.

The report calls Hovakimyan a promising swimmer who has chances of qualifying for top swimming championships, though highlights how little support she has in her endeavor, with no place to practice or a professional trainer.  Facilities however were granted in hopes of her participating in the 2012 Paralympic Games.

To countdown Armenia’s participation, British Council representatives, the British Embassy in Yerevan, the Armenian Paralympic Committee and Samsung Armenian representation scaled Aragats, Armenia’s highest point ” to confirm their ambition of raising the Armenian flag next year in London.” It took two hours before they waived their flags from the top.

There was also a photo exhibition which highlighted 22 Armenian Paralympians and athletes with disabilities that was displayed in Yerevan and a chance to compete with the Paralympians, too. British Ambassador to Armenia from 2008 to 2012 Charles Lonsdale participated, competing with an arm wrestler and eventually winning.

Watch an advertisement for the 2012 Paralympic Games, “Meet the Superhumans,” below: